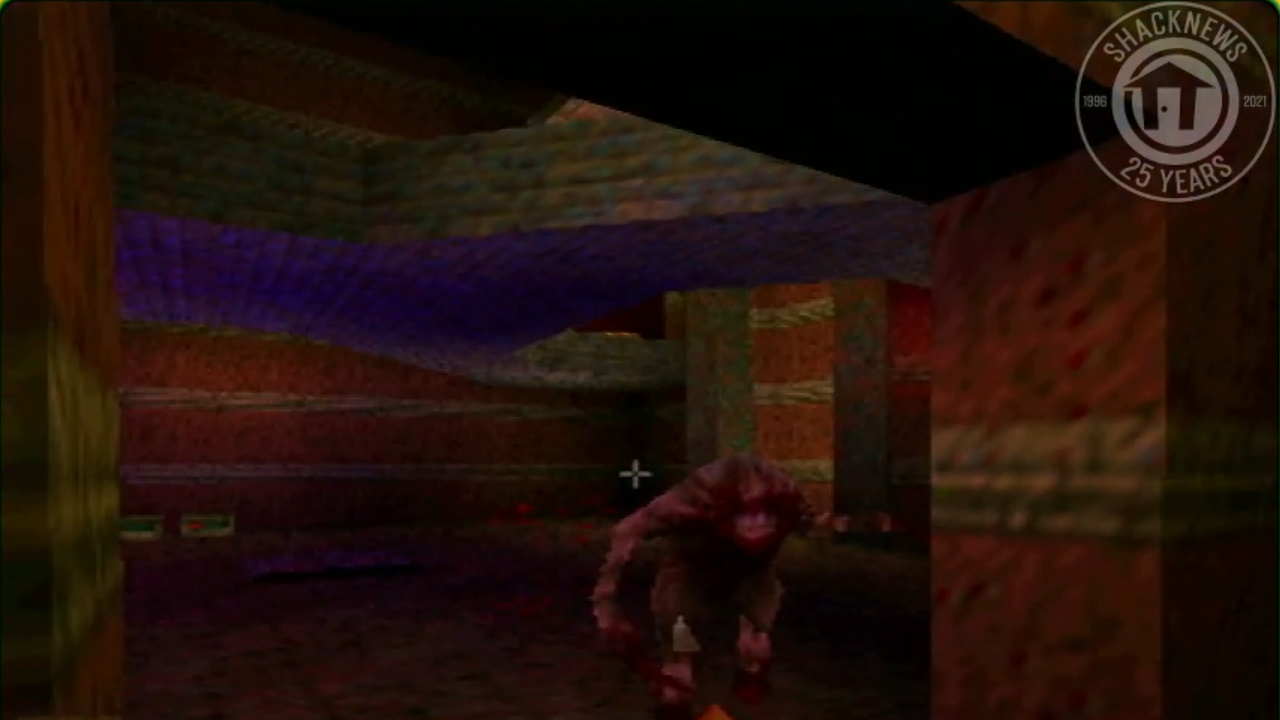 It's another wonderful Sunday so it must be time for more skankcore64. The journey through every game released for the Nintendo 64 continues live on Shacknews Twitch. I'm extending my streams to three hours minimum, so there's a slightly altered start time for Sundays now. Catch all the action when it starts at 1 p.m. PT / 4 p.m. ET.

The Shacknews anniversary festivities are happening all year long with this being our 25th year as an active gaming news website. Since Quake is part of our history, it was only fitting to kick off the celebration on skankcore64 with the Nintendo 64 port of the classic id Software shooter. The introductory levels were completed last week on the stream, but I still have four episodes to tackle and lots of fragging to do! You can keep up with the frantic first person shooting here with the embedded viewer or over at Shacknews Twitch to chat with me and other viewers live!

This port is also really interesting from a technical standpoint. There's all kinds of unique features that are exclusive to this version of Quake and it's been fascinating to see the subtle changes throughout this FPS sensation. While you're watching, you'll also earn Shack Points that you can spend on fun and interactive rewards for our channel. Our Co-EIC, Blake Morse, has become the second person to redeem the reward for picking the next game for me to play after Quake.

He has chosen Turok: Dinosaur Hunter for a double dose of classic FPS action on the N64! If you're a fan of mid-90s FPS games, you won't want to miss any skankcore64 streams for the next few weeks!  Make sure you don't miss the rest of the game, I don't think it's going to take as long as Duke Nukem did.

Of course, I'd like to extend an extra special thank you to everyone that supports our livestreams on Shacknews Twitch. All of you that are chatting with us live, sharing our streams on social media, or even lurking in the chat are doing it for Shacknews! If you'd like to help keep the weekly content train rolling, please consider a monthly subscription to our Twitch channel. You'll get an ad-free viewing experience as well as exclusive emotes you can use anywhere on Twitch to show your "Do it for Shacknews" spirit! If you have Prime Gaming, you can get a free sub every month, check out our guide on linking your Amazon and Twitch accounts for more information.