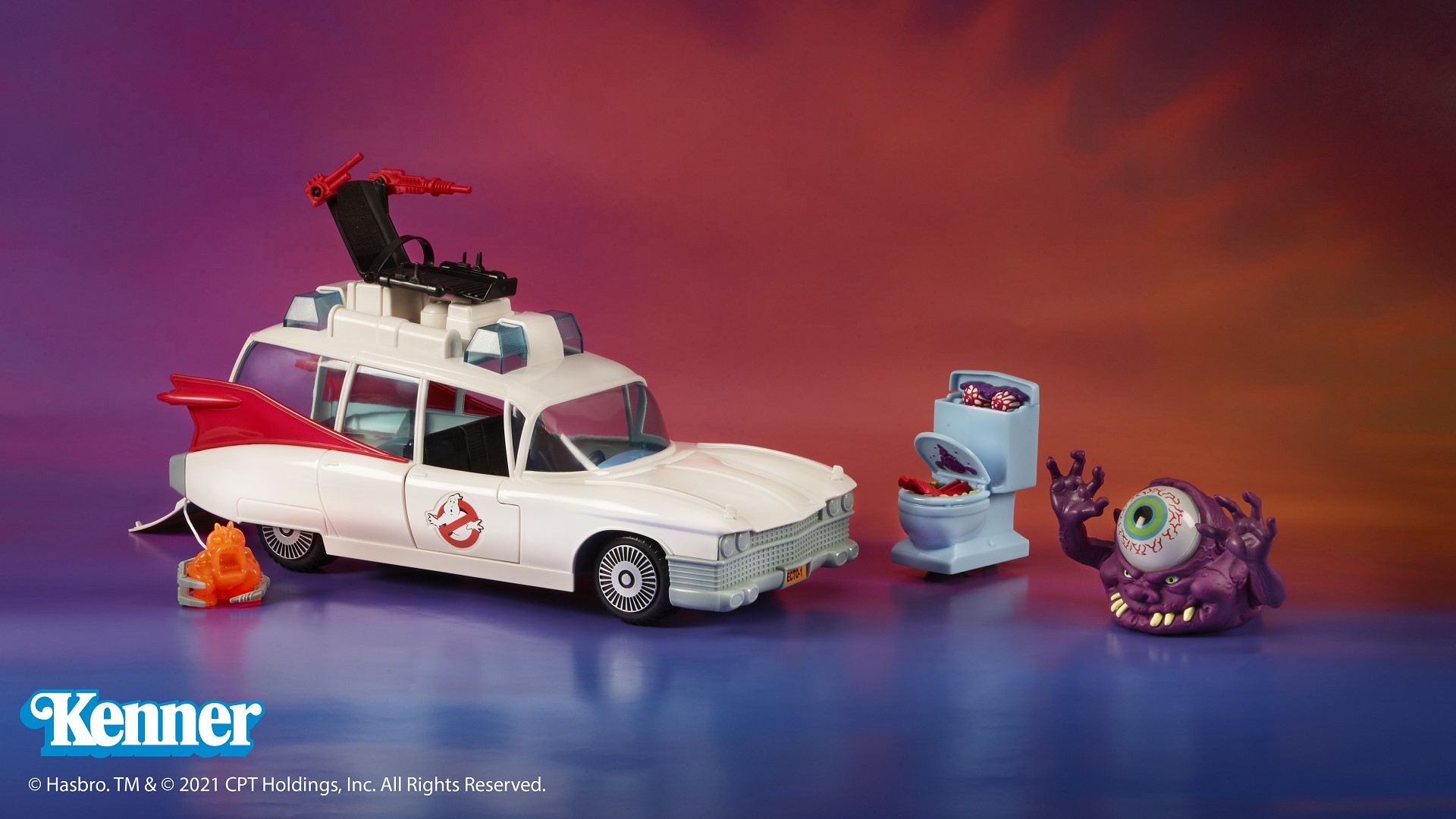 The Ghostbusters franchise is looking ahead to the future with its next big movie, but the toy line is taking a few steps into the past. During Friday's Walmart Collector Con, Hasbro revealed some new toys that tap into the original Ghostbusters era, specfically the era of The Real Ghostbusters cartoon.

Speaking of things not of this world, the Ghostbusters Kenner Classics line is also releasing a few new ghosts. The Kenner Classics Ghosts package features Bug-Eye and Fearsome Flush. Fans will remember Bug-Eye as a big purple ghost with a third eye, which would pop out. That pop-out action remains intact in this Classics release. The Fearsome Flush is exactly what you would imagine it is: a spiritually-possessed toilet. There's a ghost inside that toilet when you pull the seat back! I'd make some quip about the bathroom being occupied, but nobody's reading this story for toilet humor.

The Ghostbusters Kenner Classics toys are set to release this April, with the Ecto-1 priced at $49.99 USD and the Ghosts priced at $14.99 USD. They'll be available exclusively at Walmart. If you're excited to see more Ghostbusters toys, we had a chat with Hasbro about the Ghostbusters Afterlife toy line that you can check out right now.