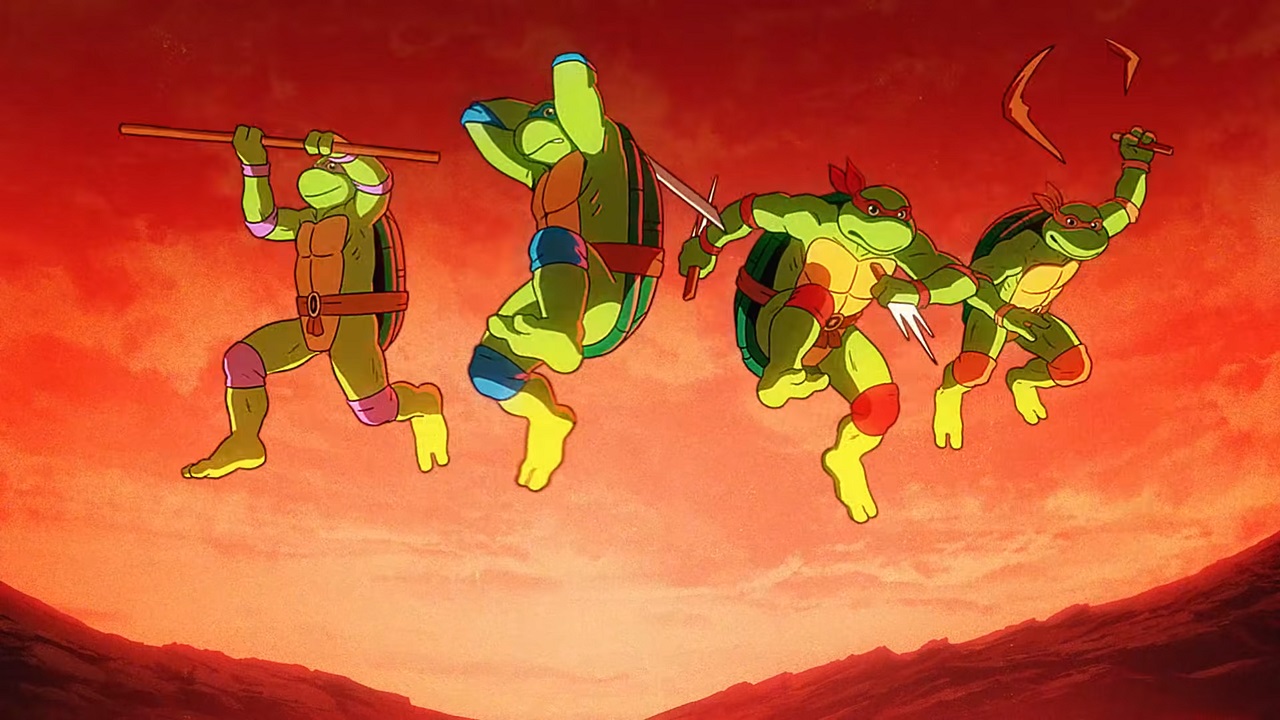 Dotemu, Tribute Games, and Nickelodeon showed off the trailer reveal for new 2D beat’em-up Teenage Mutant Ninja Turtles: Shredder’s Revenge and it was awesome to say the least. Besides offering us a look at an updated one to four-player co-op sidescrolling brawler, we were also entreated with an animated cinematic to go with the game. The video featured the full lyric version of the original TMNT theme song, and if you thought you recognized the voice, there’s a good reason. That was Faith No More lead singer Mike Patton belting it out.

We got the trailer for Teenage Mutant Ninja Turtles: Shredder’s Revenge on March 10, 2021, and it’s looking like a fantastic return to the arcade-style TMNT beat’em-up action that we loved so much. We’ll be able to jump into the shells of Leonardo, Donatello, Raphael, and Michelangelo (or any one to four combination of the turtles) and lay the beat down on Shredder’s Foot Clan ninjas and henchmen like Bebop and Rocksteady once again, but it was Mike Patton who had the honor of reminding us of what the turtles are all about via the classic theme song, as confirmed by Tinsley PR’s own Stephanie Tinsley.

It’s just some extra lovely icing on top of the cake that is a new 2D Teenage Mutant Ninja Turtles brawler. The game is being overseen by Dotemu, who have done incredible work on new brawlers with the likes of Streets of Rage 4. It’s also being developed by Tribute Games, who have their own solid classic-styled gaming wins in the form of Panzer Paladin and Mercenary Kings. For his part, Mike Patton is sounding as good as ever as he belts out reminders that Raphael is cool, but rude and that Michelangelo is a party dude. It should be expected of the man who has been running off and on with Faith No More since 1988 and has belted out such classics as Epic, Midlife Crisis, and Caffeine.

There’s no launch window on Teenage Mutant Ninja Turtles: Shredder’s Revenge at this time, but you can bet that when we know, you’ll know. So stay tuned to Shacknews and have a listen to Patton’s rad tones on that theme song a couple more times in the meantime.