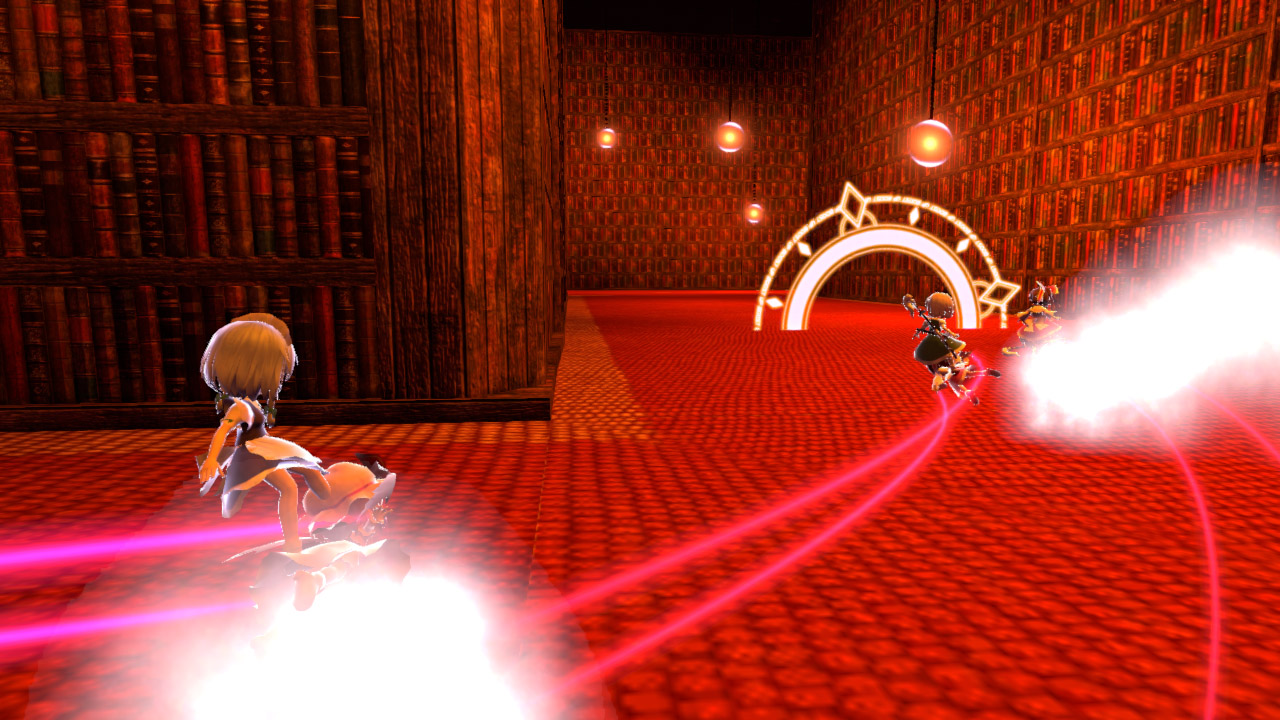 Nintendo has worked on several racing franchises over the past three decades, but none stand out more than Mario Kart. While Nintendo has innovated on the formula throughout the years, few of those games were more experimental than 2003's Mario Kart: Double Dash on the Nintendo GameCube. The idea of tag team racing is one that still resonates with Mario Kart fans and racing game aficionados to this day, one that developer illuCalab brought to anime racer GENSOU Skydrift in 2019.

After spending more than a year on PC, GENSOU Skydrift is now ready to come to PlayStation platforms. To learn more about the game and its origins, Shacknews spoke with GENSOU Skydrift lead creator and illuCalab studio head Eiki. Eiki's work history includes development on Mario Kart 8, but what made him want to use the Double Dash formula? Let's ask him and find out.

Shacknews: For the unfamiliar, what is GENSOU Skydrift?

Eiki, illuCalab studio head: GENSOU SkyDrift is a flying tag-team racing battle. The player chooses two girls and flies them across a wide variety of courses, from circuits and forests to old Japanese townscapes and the decks of flying ships.

You can also activate powerful spells by passing through the rings on the course and accumulating a spell gauge. For example, you can attack, accelerate, or defend against other players.

Shacknews: How was the idea for a racing game based on the Touhou Project originally pitched? How did this game come about?

When thinking about the game system, I thought a flight-style racing game would be good since the girls are flying. The tag-team flying racing game was enough of an element to come up with that skateboarding style.

Shacknews: What made you want to bring GENSOU Skydrift to PlayStation?

Eiki: At an event a few years ago, I was asked if I wanted to release a game for PS4, and that's how the story began. However, since I was working for Nintendo at the time, I thought it would be a bad idea (laughs). Now that I'm independent, I feel like I'm ready to go.

Shacknews: The tag-team kart racing idea is fully at work in this game. What is it about this particular mechanic that you love so much? What makes it such a good addition to a racing game?

Eiki: First of all, it is important to note that coupling is a very attractive element for Touhou fans. I wanted to incorporate that into the game system, so I made it so that being a tag team made sense. For example, you can switch characters depending on where they excel in the course, stock up on spells, and use different last words depending on the situation. Also, the system of accelerating by changing characters solves the problem of straight places that tend to be bored [sic] in racing games.

Shacknews: Other than the tag team racing mechanic, what are some other lessons from your time on Mario Kart that you were able to apply to GENSOU Skydrift's development?

Eiki: From a technical standpoint, I couldn't really refer to the development process at the company because it was fundamentally different. However, I was greatly able to study in terms of ideas and thoughts. For example, how to make corners look good, how to keep players interested, what should be displayed in the UI and what should not, how to create a sense of speed, and how to take care of the user. I learned a lot of things.

Shacknews: What are you looking to add to the game over the next few updates?

Eiki: With the release of the PS4 version, we have created a flow in the studio for adding courses and characters, and we hope to add characters, courses, and new scenarios as DLC in the future.

Shacknews: Lastly, is the team working on adding cross-platform play? Will PlayStation users be able to play with their friends on Steam or Nintendo Switch?

Eiki: Yes! We are working on it. Technically, it is already possible, but there are guidelines that must be followed to protect users, and we are in the process of applying.

GENSOU Skydrift will be available on PlayStation 4 this Tuesday, March 9. The game is available now on PC and Nintendo Switch.