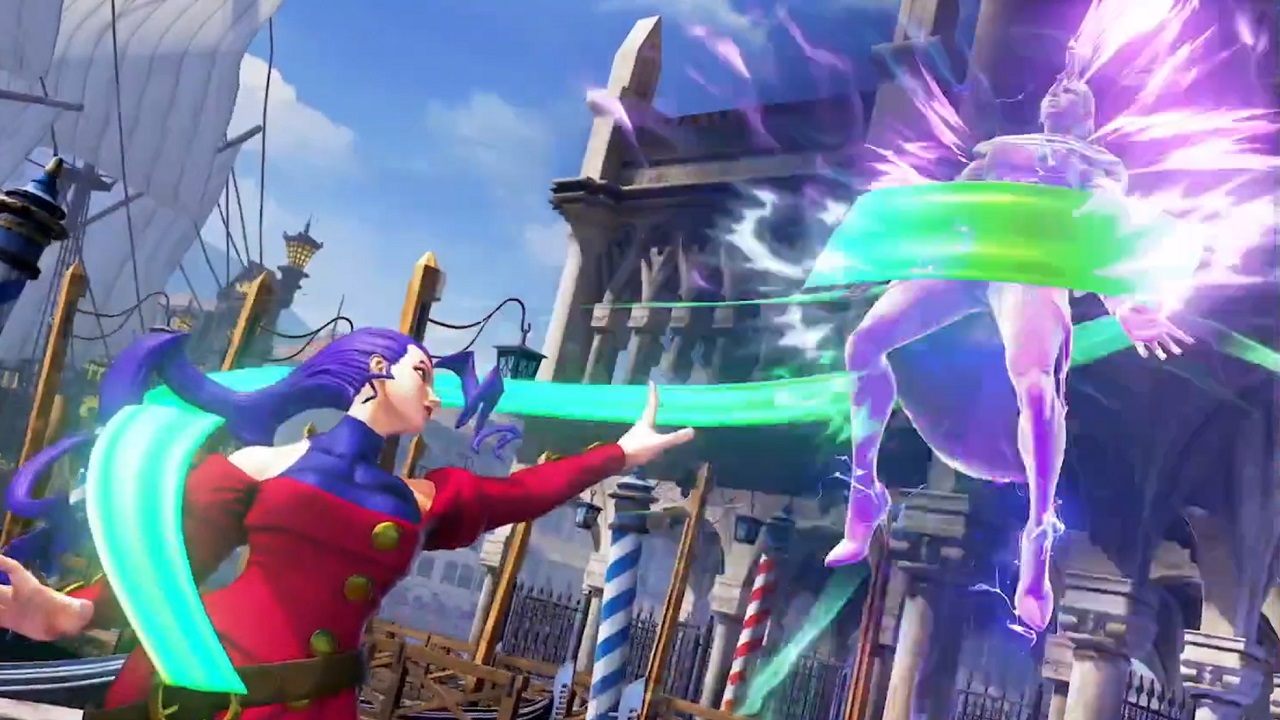 In the history of Street Fighter, the fortune teller Rose has long been an interesting and popular character since she was first introduced in Street Fighter Alpha. We’ve known about her as one of the upcoming characters for Season 5 of Street Fighter 5: Champion Edition. That said, the recent Street Fighter 5 Winter Update livestream showed us our first in-depth look at Rose and what she can do in this latest outing, along with her new Marina of Fortune stage.

Rose was officially shown off early in the Street Fighter 5 Winter Update livestream on February 11, 2021. Fans of the character will be happy to know that much of her original move list returns, including her Soul Spark projectile, Soul Illusion after-image attack ability, the Soul Spiral drill scarf attack, and Soul Satellite. That said, it wouldn’t be much of a re-entry if she didn’t have some new tricks up her sleeves. Fortunately, Rose comes with some neat debuting moves, such as the ability to draw tarot cards to buff herself and debuff her foes and a new anti-air command grab throw.

One of Rose’s more interesting abilities looks to includes dropping a soul projectile at varying distances, such as behind her foes, where it sits like a mine. From there, foes will either have to avoid it or Rose can push enemies into it to extend her damage and combos. It will make some tricky play on her part and unique threat to watch for on the part of her opponents. We still didn’t get a release date on Rose’s launch just yet, but with Dan Hibiki launching, she should be just around the corner. Stay tuned for an expected launch date of the character fairly soon.

Be sure to follow our other Street Fighter 5 coverage for the latest updates on Season 5 and its further upcoming characters, such as Rival Schools’ Akira Kazama.