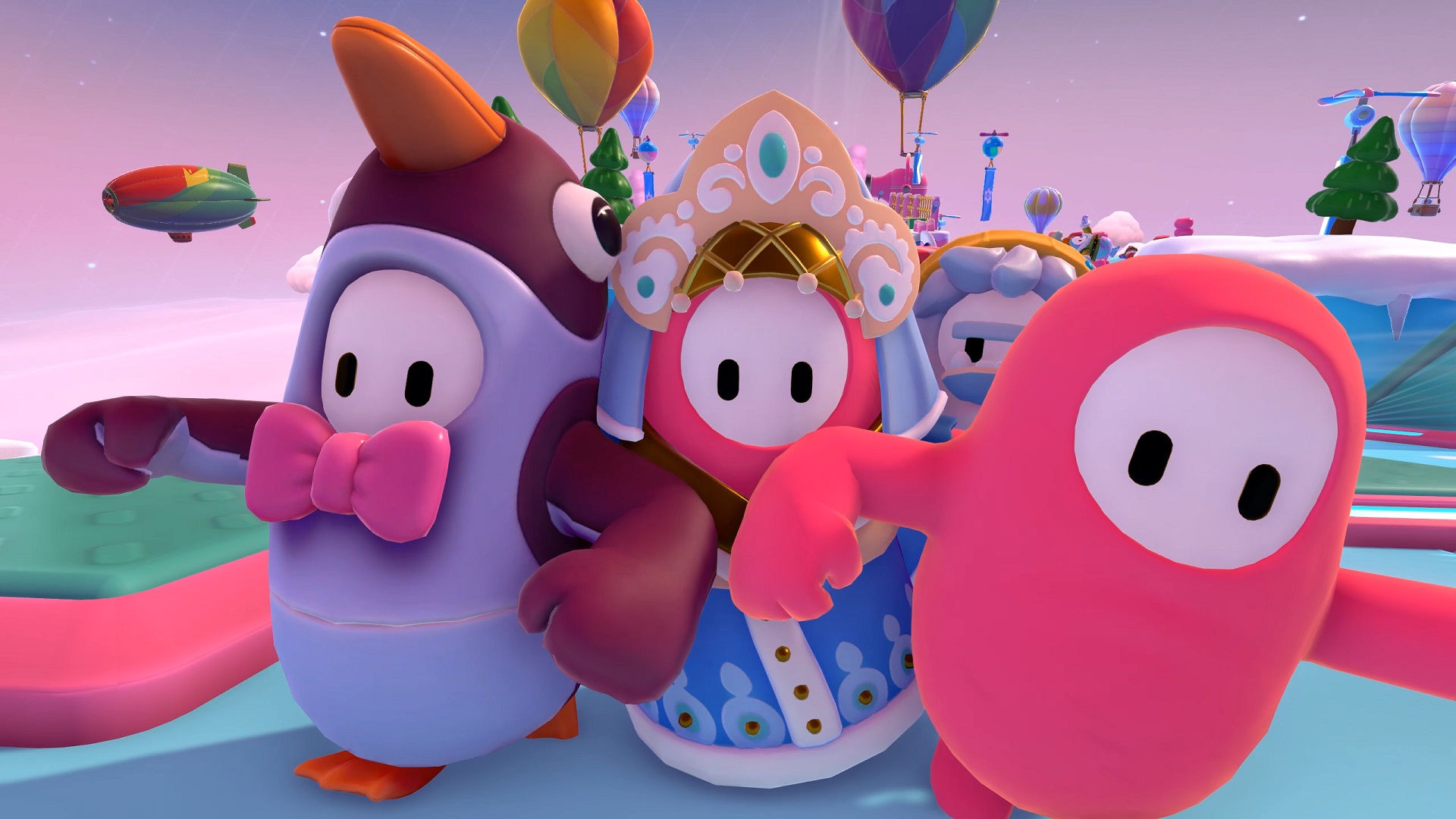 Fall Guys: Ultimate Knockout's Season 3 is at its halfway point and that means it's time for a new update. The snow might be melting in some parts of the world, but Devolver Digital and Mediatonic's battle royale party game still has more snowballs to fling as part of the wintery third season. But in addition to a new mini-game, Fall Guys' biggest change may involve new variations for existing Rounds.

"Season 3.5 also comes bearing gifts of plentiful Round remixes!" reads the Fall Guys website. "Familiar Rounds will now randomly feature a host of gameplay-changing variations, with iconic obstacles popping up in unfamiliar places, fans causing unexpected bean flights, and other such shenanigans. We'll let you stumble onto these at your leisure and not spoil the fun for now. But dive in and experience the chaos for yourself, there are loads (seriously, like more than 40!)"

In addition to these new twists on old Rounds, players can look for a new mini-game called Snowball Survival. The players are placed onto a field of crackling ice. The ice will break shortly after walking on it, so it's best not to stay in the same place for too long. To make things interesting, though, snowballs will be rolling around and knocking players over, potentially to their doom.

On the quality-of-life front, the new Fall Feed is now live, which means you'll be treated to frequent updates as each game progresses. Did someone take a spill or was someone eliminated from play? The Fall Feed will help fill in those blanks. On top of that, look for new Shows to go live in the weeks ahead. And of course, look for new costumes, as well as some returning favorites, such as the Godzilla, Sonic the Hedgehog, and Untitled Goose Game outfits.

Fall Guys: Ultimate Knockout Season 3.5 is live now on Steam and PlayStation. For the full list of bug fixes and the like, be sure to check out the full Season 3.5 patch notes.