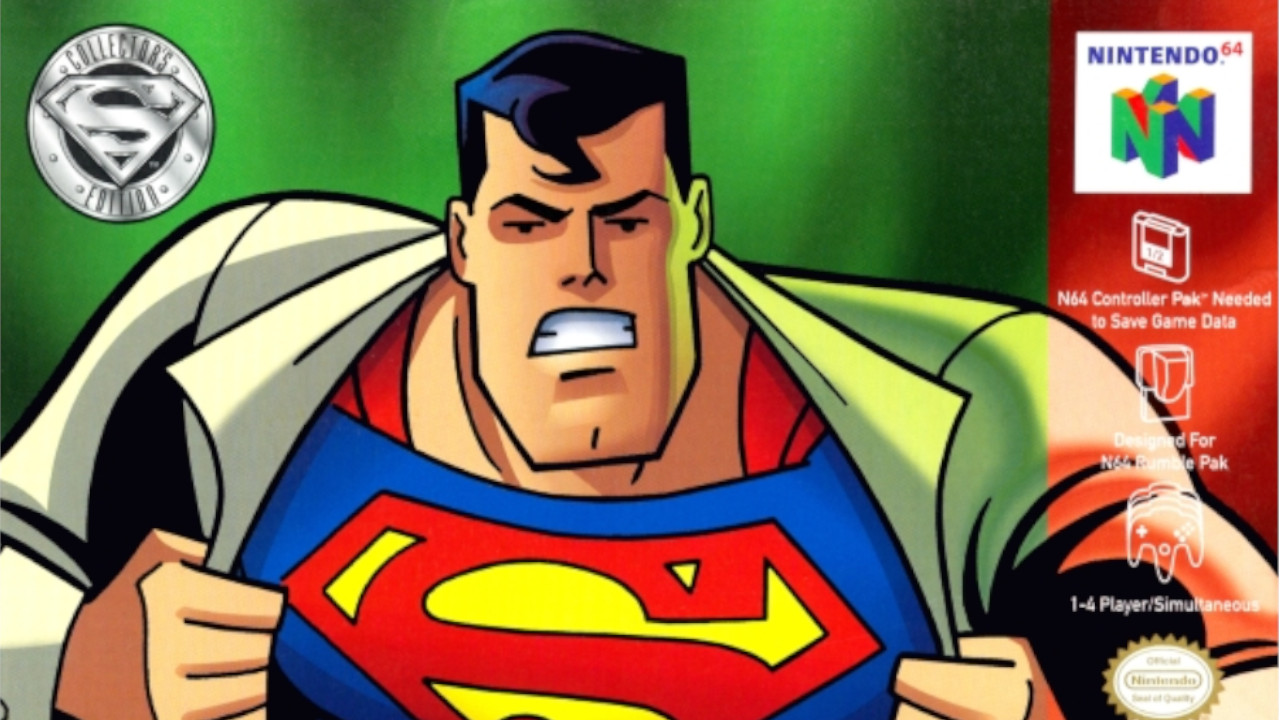 Super Bowl Sunday is still a week away, but this Sunday is super for better or for worse. Better for you because your votes have been tallied and a new game has been chosen for skankcore64. Worse for me because I now have to play Superman: The New Superman Adventures in its entirety, live on Shacknews Twitch today at 2 p.m PT/5 p.m. ET!

Now that I have rolled credits on Bomberman 64, the time has come to move on and continue my journey through all 296 games released in North America for the Nintendo 64. I want to thank our guides editor, Sam Chandler, for his amazing idea to push me towards collecting Gold Cards by donating a dollar to charity for each one that I found. I was able to locate exactly half of the initial 100 throughout my first playthrough and Sam chose the amazing accessibility focused charity, AbleGamers, as the recipient!

Thank you @SamuelChandler for the $50 donation to @AbleGamers after I completed Bomberman 64 and found 50 Gold Cards on my first run through on #skankcore64! What an awesome cause and idea, mate! Your support during the run was incredibly motivating, way to #DoitforShacknews! pic.twitter.com/efAnNUskOh

After a very active and nail biting Twitter poll, the next game has been chosen! I specifically wanted to play another "terrible" game in order to spread out the good times a bit. I can't play all the good games at once. "Powerpuff Girls - Chemical X-Traction" was the early leader and I was ready to try this seemingly awful fighter for the first time. But with Superman 64 as a candidate, I knew I couldn't count the Man of Steel out of the race. During the last two days of voting, Supes managed to position itself in a dead tie with the trio of cute crime fighters. It was at this point where I considered letting the poll quitely expire and coming up with some kind of tie-breaker protocol. But Superman always saves the day! In a flurry of final hours activity, the son of Krypton rocketed past the Cartoon Network darlings and into unbeatable territory.

I commend you all for the effort in trying to break skankcore64. You may try, but it will only make me stronger. Tune in to see the salt fly, I mean, the Supes fly in the embedded stream in this article. If you feel like chatting with me live to feed off my tears, join in on the Shacknews Twitch page!

I also want to thank everyone that stops by the channel to support Shacknews. Your subscriptions go a long way towards keeping the weekly content flowing from Shacknews Twitch. If you have an Amazon Prime account, find out here how you can link your accounts and support us for free!

While you're waiting for the action to start, or if you can't get enough of skankcore64, you can subscribe to my YouTube channel for VODs as well as the Shacknews channel for regular Twitch Highlights and much more!