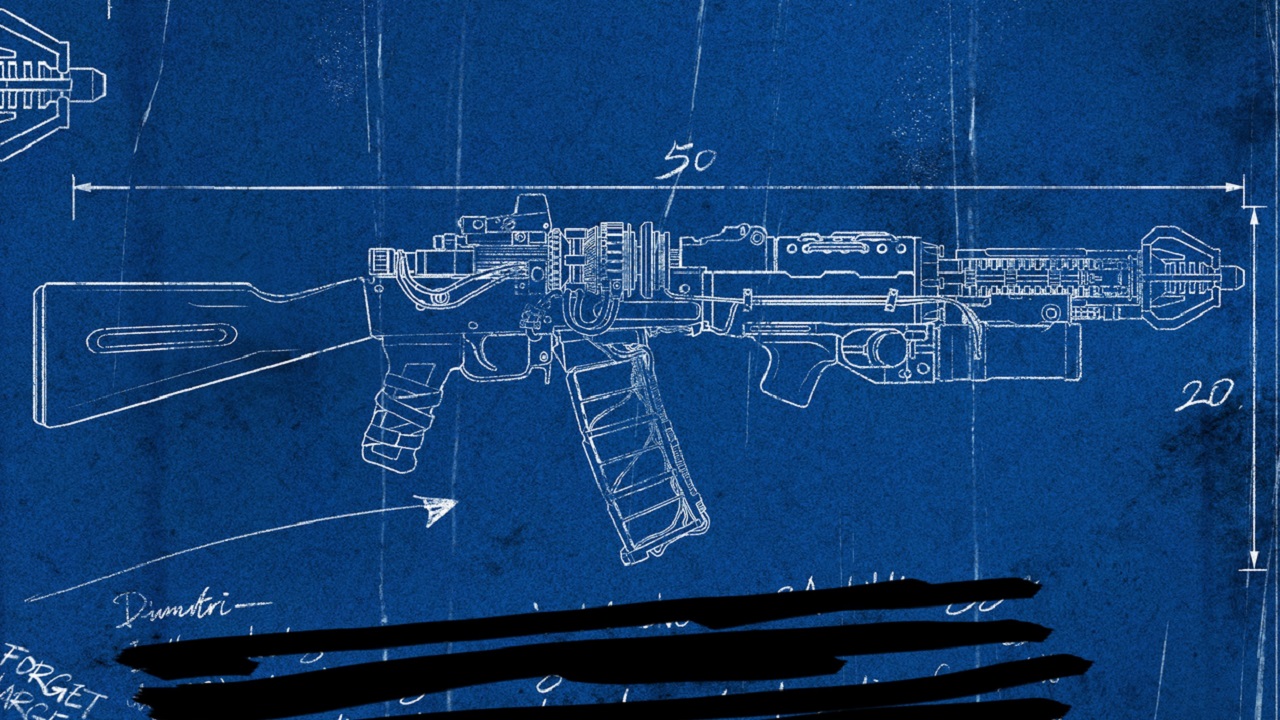 In much of Call of Duty Zombies’ history, the Ray Gun has been a highly sought and trustworthy sidearm to players’ fighting capabilities, but there have been other powerful armaments as well, dubbed Wonder Weapons. Call of Duty: Black Ops Cold War in particular introduced the DIE Shockwave blaster as a powerful weapon gained through a series of in-map unlocks on Die Maschine. Now, it looks like Treyarch is prepared to up the ante again with its upcoming Firebase Z Zombies map. They teased the R.A.I. K-84, and it looks like a Ray Rifle cousin to our favorite science-spewing sidearm.

Treyarch Studios teased the upcoming R.A.I. K-84 rifle in a Twitter post made on January 29, 2021. The R.A.I. K-84 looks like an AK-47, complete with grenade launcher attachment, but it also looks like it’s been strapped to the gills with scientific modifications, including an energy casting barrel and motor component near the weapon's usual receiver. The tease also implied the clip is actually a power cell that can be “charged”.

With the mention of the “Omega weapons development” behind the R.A.I. K-84, there’s little doubt that this is definitely a new weapon for Call of Duty Zombies, given the Omega Group’s appearance throughout the mode’s narrative across several games now. What’s more interesting is that the development of a supposed “Ray Rifle” has been rumored to have been kicked around for Zombies for a while, and now it seems those rumors are finally about to come to life with this new weapon.

The R.A.I. K-84 Ray Rifle will likely be the Wonder Weapon of Call of Duty: Black Ops Cold War’s upcoming update that will feature a big expansion to Zombies Mode on February 4, 2021, complete with the new Firebase Z map. When it drops, stay tuned and keep an eye out for more of this new and interesting-looking armament.