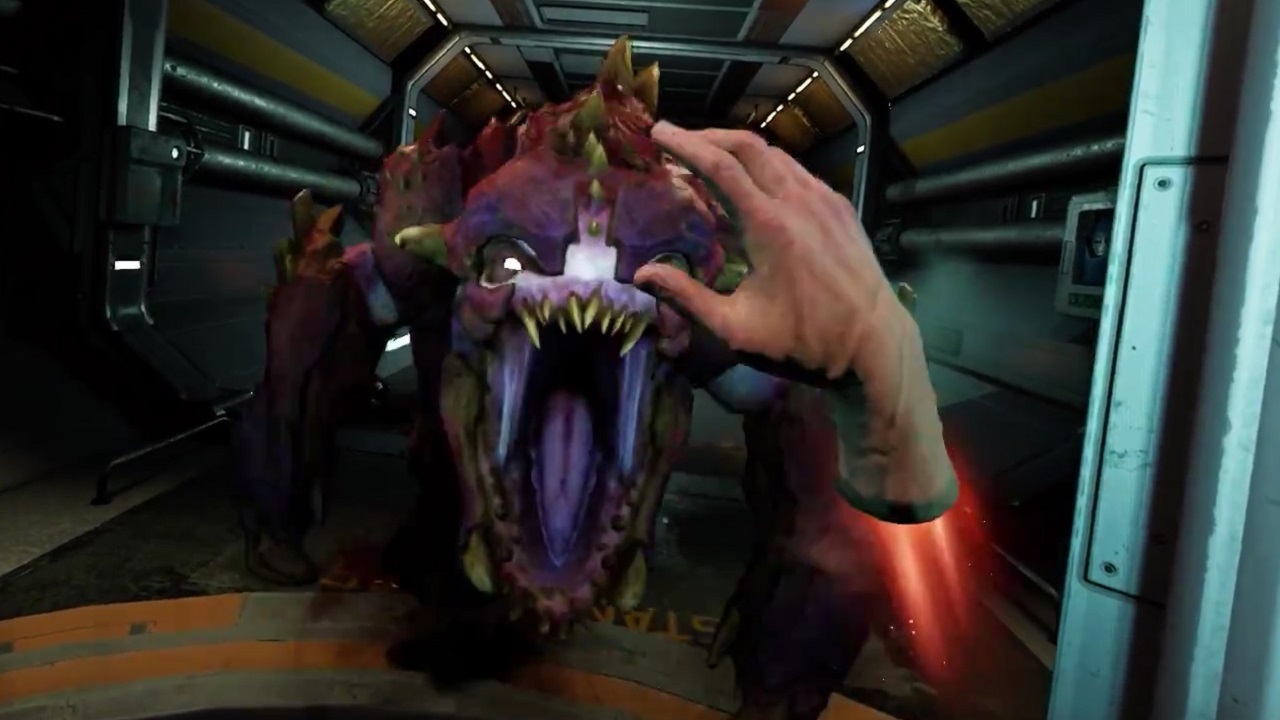 id Software has been relatively quiet and likely nose to the grindstone on both finishing DLC content for Doom Eternal and whatever it plans to do next. On the subject of the latter, it seems as though a recent entry on an Australian software ratings board may have revealed what’s coming down the pipeline next from the developer. Something dubbed “PROJECT 2021A” has recently appeared with id Software as the developer and virtual reality as the primary platform.

The supposed Project 2021A was recently spotted on the Australian government’s media classification website. There is no art or other visual details to go with the entry, but there are a number of illuminating details about what the project might be. It’s something in development by id Software and is published by Bethesda. Its main platform is also listed as Virtual Reality, suggesting that whatever id Software is working on is VR title. True to id Software form, whatever Project 2021A is will apparently feature gratuitous violence and some colorful language.

It’s worth noting that this isn’t id’s first rendezvous with VR development. 2017 saw modern Doom’s first major jump to VR devices on PSVR on PlayStation 4 and SteamVR on PC with Doom VFR. Recently, we’ve begun to see the fruits of id Software’s labor as it expands upon Doom Eternal with DLC content like The Ancient Gods, but that doesn’t mean it’s all id Software is doing. It’s not even entirely clear if Project 2021A will actually be set in the Doom franchise, although it might make sense for id to pursue a VR extension of Doom Eternal as it did with Doom VFR and Doom 2016 where it acted as sort of an extra episode to the game.

It's especially interesting considering Microsoft's purchase of Bethesda (including id Software) and Phil Spencer's current mood on VR. Spencer drew just a little bit of controversy in 2020 when he suggested that "nobody is asking for VR". He would later clarify that the technology just wasn't practical for consumers, but with recent entry-level headsets like the Oculus Quest 2 building excitement for the platform, that might be changing.

Regardless, we expect Project 2021A is a working title, and with 2021 in the name, we can probably expect to hear more about it this year. Stay tuned to Shacknews for when new information on id Software’s seemingly new VR project arrives.