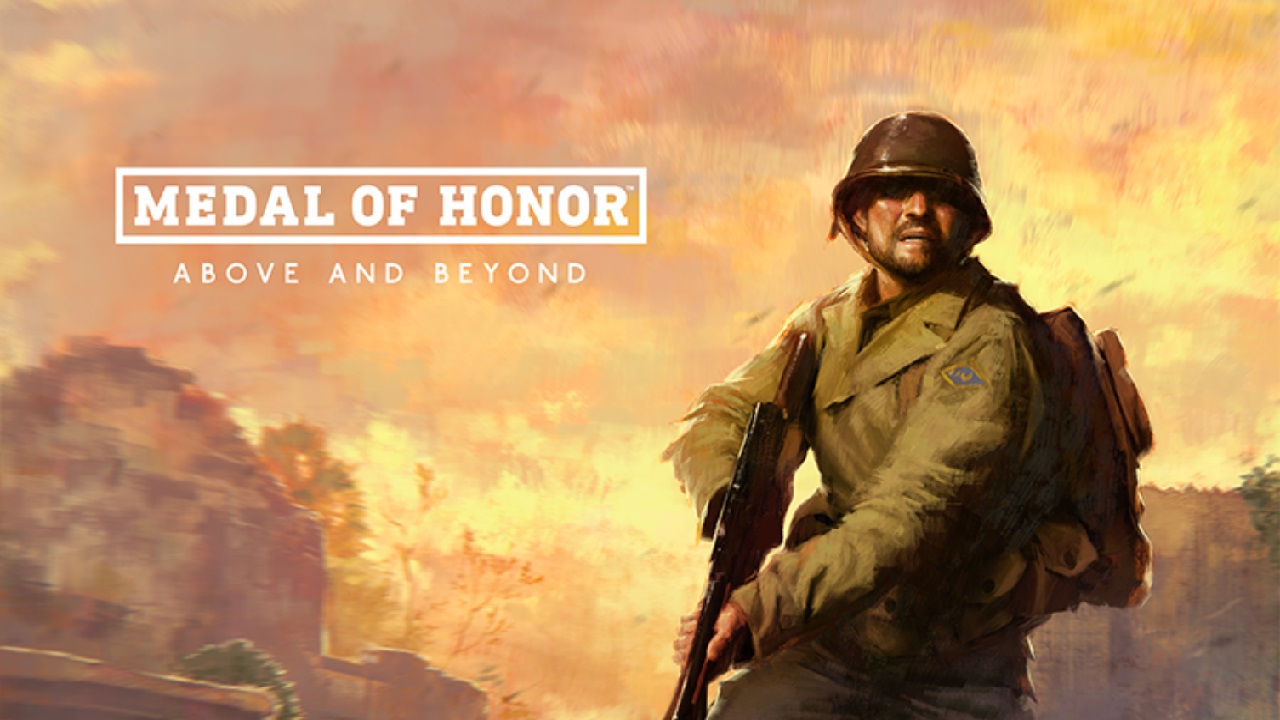 Medal of Honor: Above and Beyond review - A nod back, a step forward

Back in 1999, Medal of Honor set the stage on the PS1 for dramatic military shooters. Games that followed would continue to up the ante on what the franchise could do with arguably the climax being Medal of Honor: Allied Assault. The franchise faded into obscurity as nearly everything that came after failed to capture the same lightning. Flash forward to 2020. With Medal of Honor: Above and Beyond, Respawn Entertainment took the reigns of the series to not only move it forward with entry into the VR space, but return it back to the dramatic World War 2 setting where it all began. Above and Beyond is a game bathed in nostalgia for where the franchise came from while also implementing VR interaction in both thoughtful and visceral ways throughout. Though it doesn’t always aim true, it does remind us of what both the Medal of Honor franchise and VR playspace can do when they’re in passionate and quality hands.

This review is going to mostly focus on features beyond Medal of Honor: Above and Beyond’s multiplayer component. Be sure to check out my hands-on preview focused on the multiplayer mode for a more in-depth breakdown of it.

Medal of Honor: Above and Beyond is out right now: https://t.co/9efBQxfJfI pic.twitter.com/D5Wrk6asLj

As mentioned above, Medal of Honor: Above and Beyond takes players back to the World War 2 setting of the franchise’s foundation. This includes missions that go deep within the French resistance against Gestapo forces in Normandy, into the skies in desperate aerial missions, and into the snow-covered forests, hills, and eventually cities of Germany itself. Medal of Honor: Above and Beyond’s campaign is broken up in to six core “Missions”, but those missions are also broken up into a multitude of instances rather than one seamless gameplay experience.

Above and Beyond is maybe one of the most resource-heavy VR games I’ve seen. There are a few things that might explain that (because something should for a 170GB download). The game looks decent visually. I’d put its depth of environments up there with Half-Life: Alyx, but Respawn also broke this game into a ton of smaller segments for what I feel was to better deliver the story. Sometimes it works well. There’s a raid on a Gestapo Headquarters, a guns-blazing escape on the back of a supply truck through German hillside camps, a mission in a plane, and a harrowing venture on skis that are all very technically impressive. Other times? Well, I’m not so sure I needed a completely separated segment in which I learned that one of the characters enlisted in armed forces despite lying about their age. Nonetheless, this is the mode by which Medal of Honor: Above and Beyond chooses to deliver both its story and action. For me, sometimes it makes sense and sometimes it was a bit too disjointed.

That said, I have to absolutely give props to the use and reverence of both actual World War 2 experiences and previous MoH stories told in Medal of Honor: Above and Beyond. Respawn went to such depths to use the real experiences of World War 2 veterans to craft this game that there’s actually a gallery of both interviews with still-living folks who fought in the war and 360-degree on-site referential material used to craft different locations of the game, such as a look at a crumbling German bunker on the beach hillside of France. Also, imagine my surprise when one of my favorite characters of the franchise, Manon Batiste of Medal of Honor: Underground, returned as a prominent figure throughout one of the missions. In both reverence to reality and nods to the foundations of the franchise, Medal of Honor: Above and Beyond is top-notch in its production and should be very enthralling to both history buffs and original Medal of Honor fans alike.

In-depth interaction through the European theater

When it comes to the VR interactions in Medal of Honor: Above and Beyond, it’s very impressive what Respawn Entertainment has built here. As I mentioned in my multiplayer preview, handling each of the weapons in the game feels quite good and true to form. The iron sights and unique reloading mechanisms of the M1 Garand are true to form, the M1A1 Thompson is a wild colt that’s better used for spraying foes at short to mid-range, and grenades can be primed by either yanking the pin out with your free hand or putting the grenade close to your face to simulate pulling out the pin/primer with your teeth when you’re holding a weapon in your other hand.

The interactions of this game go well beyond gunplay and combat too. Throughout the game, you do things like assemble a dynamite bomb and activate the plunger to blow it up, handle skis in a chase, operate the controls of machine gun turrets and bombing viewers in aircraft, and even use a piano (individual keys and all) with sheet music to open up a secret lair. The only thing that bugged me at times is that bodily tools feel a bit too tightly packed together in their responsiveness. I can’t tell you how many times I had to hold my gun far away from my chest to grab a grenade so the game wouldn’t respond by making me grab the foregrip of my weapon used for better aim. That gripe aside, Respawn Entetrainment went full throttle at crafting a wealth of interaction throughout this game, though I would argue they went a little too hardcore at times.

Medal of Honor: Above and Beyond brought up a lot of concerns for me when it came to accessibility. For one thing, there is no blink movement in this game, only continuous. I mentioned in my multiplayer preview that it makes sense there because of how janky it would be if an opponent could just blink away from your shot. That said, in the single-player campaign it makes less sense to me to not include it as a feature of comfort. The game isn’t lacking comfort and accessibility features. Reducing damage reactions and visuals, tunneling vision when moving, quick turn, and the option to skip particularly intense sequences in the game are all included options here. That said, there are parts where you have to raise your hands or simulate swimming in breaststroke form, and for players with limited range of motion, this could be an issue.

I absolutely find Medal of Honor: Above and Beyond’s efforts to be true to form impressive. They create a lot of visceral and engaging VR experiences that I simply don’t think would hit the same way in a traditional first-person shooter format. I also just find myself concerned that things like range of motion options, one-handed play, and a button to crouch as opposed to physically crouching were not present, considering Half-Life: Alyx already showed us that such options can be thoughtfully implemented.

For what it does, Medal of Honor: Above and Beyond is more than good at it. Above and Beyond’s gunplay is tight, the VR controls and interactions are vast, varied, and engaging. Moreover, the campaign itself is an extensive gallery of both history and creativity combined into a gripping World War 2 campaign that pays reverence to both the experiences of those who lived through the war and the foundation of Medal of Honor as a whole. However, it’s definitely limited in ways that many players won’t be able to fully enjoy. 170GBs is a beast of a file size, and this game takes an equally beast rig to bring the best out of it.

Moreover, there are some staggering omissions of accessibility I feel this game really ought to address in addition to what it already offers. That said, I also feel that when it comes everything Medal of Honor: Above and Beyond offers, Respawn Entertainment has gone out of their way to show us that not only does the Medal of Honor franchise still have meaningful life left in it, but there are things this game does that other games can look to as a benchmark of how to deliver a fully fleshed-out and visceral action VR experience.

This review is based on an early digital Oculus Store copy provided by the publisher. Medal of Honor: Above and Beyond is available on December 11, 2020 via the Oculus Store and SteamVR.

Respawn discontinues new sales of original Titanfall
Review for
Medal of Honor: Above and Beyond
8
Pros
Cons
Login / Register