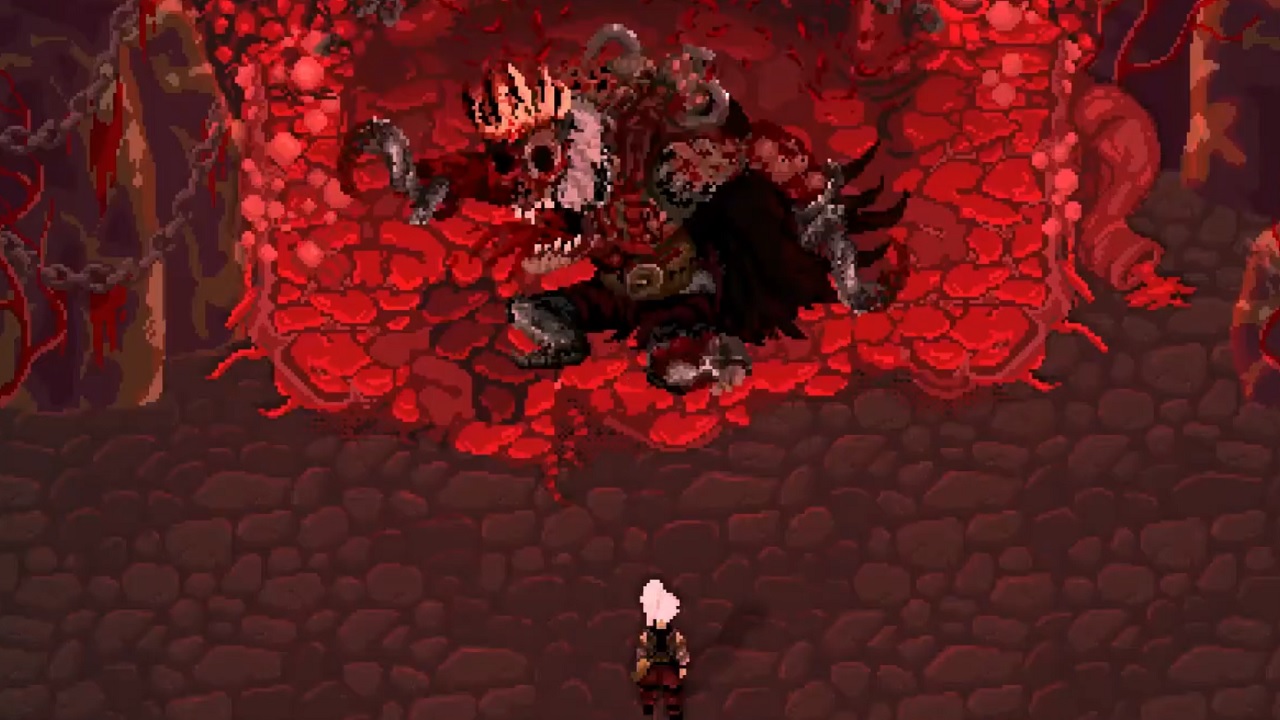 When you’re a Striver in the world of Morbid: The Seven Acolytes, life isn’t easy. You’ve got a collection of malevolent deities to slay if you’re going to save the world from ruin. Fortunately, you’ve also trained your whole life for this moment. Now everyone can take the desperate journey of the last Striver. Morbid has officially launched, bringing this grim and brutal pixelated hack-n’-slash RPG to multiple platforms.

Developer Merge Games officially launched Morbid: The Seven Acolytes on December 3, 2020, along with a release trailer on the studio’s YouTube channel. It has officially launched on PC, PS4, Xbox One, and Nintendo Switch simultaneously. In a world on the edge of complete ruin, players take on the role of the last Striver of Dibrom. A trained hunter from childhood, the Striver seeks to kill the Seven Acolytes: cursed and heinous beings possessed by evil gods. A brutal journey full of various weaponry, skills, and enemies looking to put your journey to a violent end awaits you as you fight to save what’s left of a murky and dismal world.

Those who follow the Indie-licious stream may remember Morbid: The Seven Acolytes from our Indie-licoius Week of PAX streams in which we tried many a demo, including this one. Even back then, Morbid offered a very interesting take on Soulsborne style difficulty, pairing it with a pixelated top-down visual ands ravenous and unruly monsters a-plenty. Now that the game is out, there’s likely plenty more to discover as you explore various weapons to fit your playstyle. Whether you go heavy and hard-hitting, small and quick, or find something a little more special, you’ll need to keep your wits about you and that dodge button primed as you engage in combat with the various monstrosities throughout Morbid. These dastardly deities aren’t going to go down easy.

With Morbid: The Seven Acolytes out on various platforms starting today, it’s a journey that we’d absolutely recommend to players that might like a little retro style in their Souls-like experience.