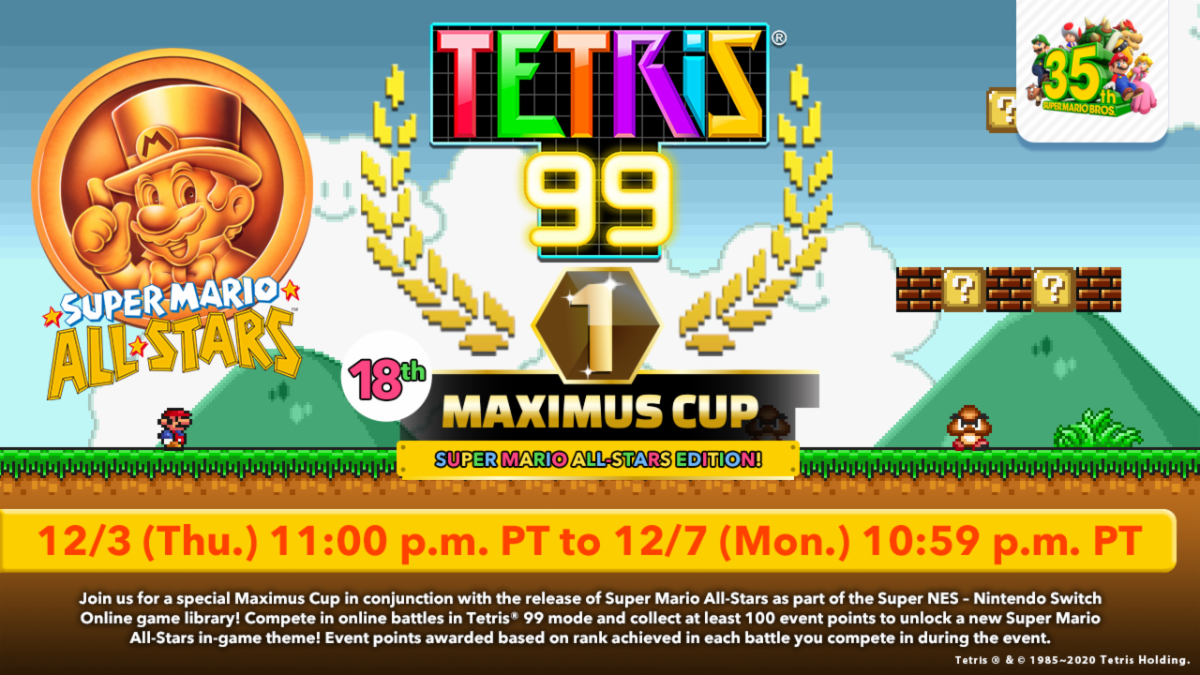 The Super Mario 35th anniversary year continues strong and that celebration is extending to Tetris 99. The puzzle battle royale's next Maximus Cup will be themed after a recently-released Mario compilation. No, it's not Super Mario 3D All-Stars. It's the original Super Mario All-Stars, the one containing the 16-bit incarnations of the original NES classics. The 18th Maximus Cup will allow players to pick up a new theme based on the Super NES compilation starting this weekend.

Tetris 99's 18th Maximus Cup is set to begin this Thursday, December 3 at 11PM PT and continue through Monday, December 7 at 10:59PM PT. All players have to do is pick up 100 event points over the course of this event. At that point, they'll pick up the Super Mario All-Stars theme to use for any of their Tetris 99 sessions going forward. The theme will feature background art, music and Tetrimino designs all inspired by Super Mario All-Stars. Event points are earned based on final placement for each session and with the competition becoming much tougher since Tetris 99's initial release, so it could take a little while to get all 100 points needed, but keep at it and eventually you'll be rocking with old-school (but not too old-school) Mario.