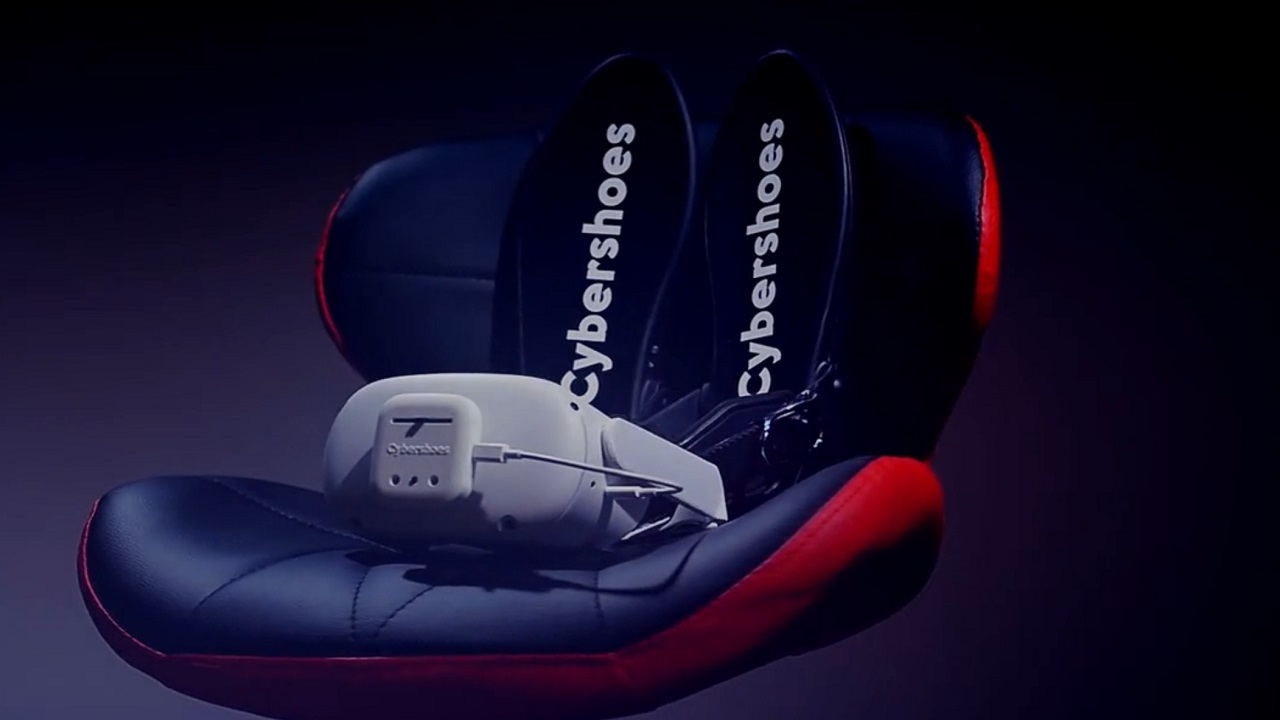 Cybershoes have been around for a minute now. Available previously for traditional HMDs and wired setups, this product has already gone through a Kickstarter once and earned the appreciation of its users. The idea is simple: an interface that gives movement control to your actual legs in applicable VR games. As such, Cybershoes are meant to immerse players further by taking movement out of their hands and placing it on their actual legs. But there was still the matter of the wires.

With the release of the Oculus Quest and the even more successful Quest 2, entirely wire-free all-in-one solutions have become a more viable reality. With that in mind, the developers behind Cybershoes have returned with a wireless version of the product specifically built for use with the Oculus Quest and Quest 2. The product was officially announced recently with a successful Kickstarter still running as of this writing and we took an early edition for a spin to see if it could walk the walk in our favorite games.

Put some new shoes on

So, let’s talk about what comes in the box for the new wireless Cybershoes. For those unfamiliar, the premise of Cybershoes is a pair of strapped platforms you wear on your feet, walking and moving your legs as if you were walking in real life. For this to work, you need to be stationary and have a good surface against which the Cybershoes can act. To that end, the package included the full Cybershoes setup, including the Cyberchair bench in which to sit when operating your VR headset and shoes, a 4.8’ Cybercarpet to serve as the frictional surface, a pair of the Cybershoes platforms with ratcheting straps, a wireless transmitter with a mini USB to USB-C cable to connect the transmitter to the headset, and a host of tools and riggings to set the Cybershoes up for wired play should you need to.

Building the whole setup into a state in which it would be easy to pull out and stow was rather easy. The bench can be assembled in a few easy steps, the carpet rolled out fast, and the wireless transmitter installed with relatively little fuss. Once everything is setup, you only need to turn on the Cybershoes, sync them to the transmitter, and then sync it all to the Oculus Quest or Quest 2 via Bluetooth connectivity. I was using the Quest 2, on which Bluetooth is still a work in progress, so there were some odd workarounds that involved syncing the device, unplugging and replugging the transmitter, and then having the Quest 2 forget the device when finished playing to avoid connectivity issues. That said, nothing about the setup, operation, or stowing was particularly troublesome.

There were a few games for which Cybershoes for Oculus Quest were already operational during my prototype testing and, much to my delight, The Walking Dead: Saints & Sinners was one of them. Other operational games included Arizona Sunshine and Face Your Fears 2, but I spent most of my time in one of my favorite Quest 2 titles with TWD. Once everything is arranged and the Cybershoes were operational, I went to work, walking around the Zombie-infested streets of New Orleans.

The way Cybershoes work is that you sit in the rotating bench, lower it to your desired height, and then from, with the Cybershoes on your feet, you walk around, letting the rollers on the bottom of the Cybershoes make friction with the carpet to create your movement experience. You can adjust how sensitive the movement tracks from the roller via a sliding switch on the wireless transmitter, a handy thing to have for The Walking Dead: Saints & Sinners because the game will actually track the speed of your walking and you will either walk or sprint depending on your pace, a neat little touch once I nailed down the setting to my preferred sensitivity. I also like the feel of the shoes themselves. They can fit a pretty big foot, but can also be adjusted for smaller feet. They use ratchet straps to lock the platforms onto you and I never felt like they were loose or going to fall off once I had them locked in.

One of the things I’ve always liked about this concept is that the Cybershoes force you to put in the leg work. In a game like The Walking Dead: Saints & Sinners, it can feel like a real workout when you’re swinging around melee weapons like baseball bats and fire axes at Walkers and making a run for it when you need to make an escape. The Cybershoes could be a little finicky sometimes with things like crouching in the game, and it takes some adjusting to get used to seated walking, but taking movement control away from my thumbs and giving it back to my legs still felt far more immersive when seated. As stated before, when I was done, stowing was fairly easy. I rolled up the carpet, and packed the chair and shoes away in relatively short order.

A step into the future of VR interface

My time with the Cybershoes for Oculus Quest left me convinced this is a product I want to see become compatible with more games. It feels like support and calibration will definitely be a game-by-game basis, but being able to walk around in a VR title without the danger of hurting myself in any way felt appealing to say the least. I thoroughly enjoyed using the Cybershoes to wander around in The Walking Dead: Saints & Sinners once I had them synced in and calibrated proper. I’ll also add that it wasn’t that hard to do the setup in the first place, and once I had the first time setup done, return trips were even easier.

As I write this, the Cybershoes for Oculus Quest Kickstarter has already passed its funding goal by quite a bit, so I’m happy to say it looks likely this is a product that will be rolling out past the early edition I tested. And so, with options for the full package, or partial packages if you already own the wired version and just need the wireless receiver, the only question that remains is how much you actually want to walk around in the VR spaces in which you play. If the thought entices you, be sure to check out the Kickstarter before it ends on December 31, 2020.

This preview was based on an early model of the Cybershoes for Oculus Quest operated with the Oculus Quest 2 VR headset. The full Cybershoes package with Cybershoes, Cyberchair, Cybercarpet, and wireless receiver can be purchased with an Early Bird Discount at $279 on the Kickstarter and will retail at $399 after the Kickstarter ends on December 31.