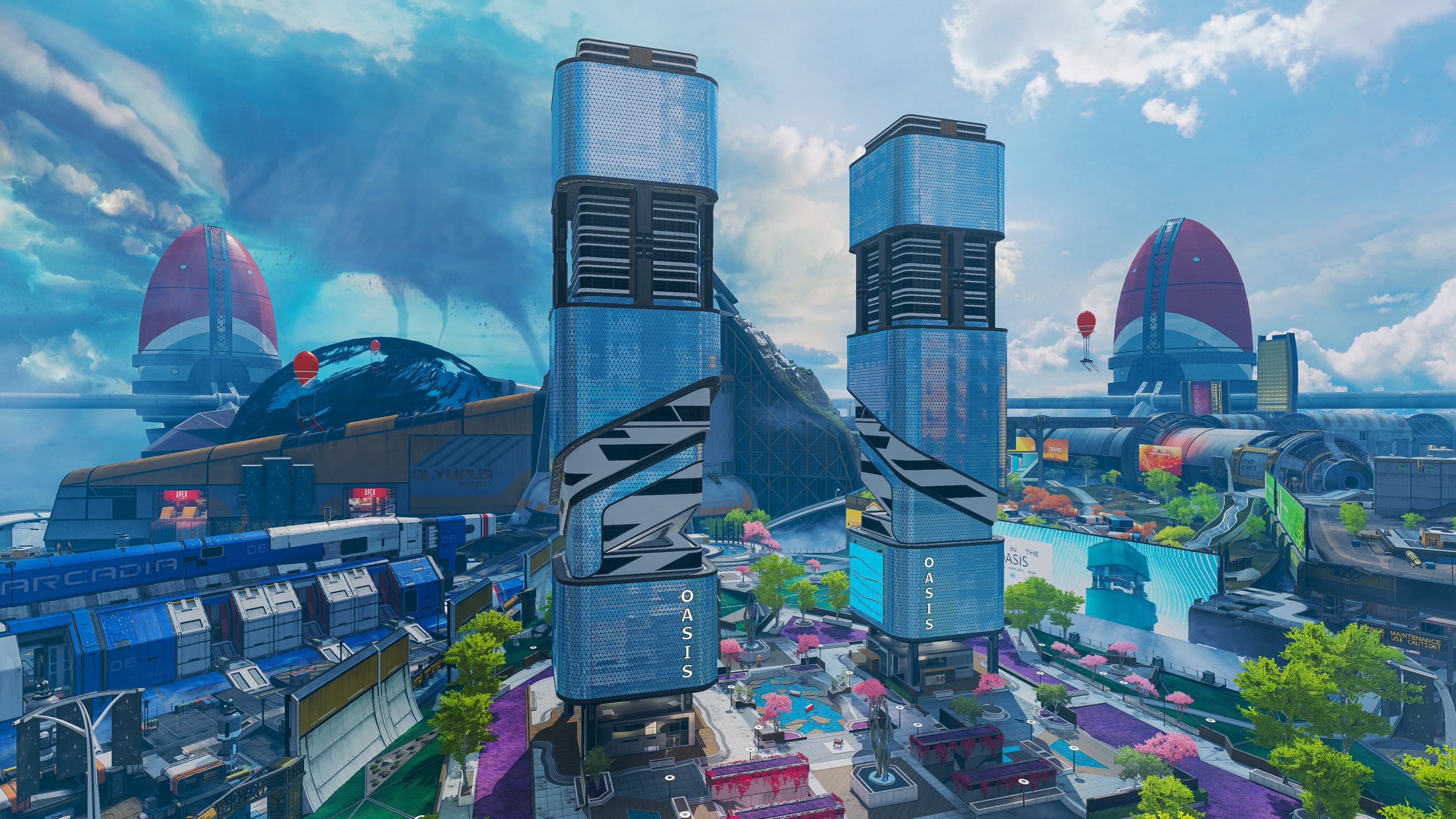 With the release of Season 7, Apex Legends finally has a new map for players to get lost in. If you’re jumping in and looking for help finding the best places to land on Olympus, then we can help. We’ve broken down the best landing zones below.

There are a lot of new places for players to land on Olympus. Where you drop can often determine how much of a fight you run into early on, as well as how well you’re able to gear up quickly. Because of this, knowing some great places to drop is key when going into a new map. Below we’ve included a couple of really good drop points which will range from dangerous to relatively safe. Of course, as with any battle royale, you’re only as safe as you make yourself, so always watch your back and check those corners.

This iconic area is kind of the bread and butter of Olympus. Featuring multiple buildings for players to move through and loot, the Rift area is a dangerous drop zone with a high potential for loot. Those jumping in here are going to want to do so expecting a fight, but if you can move quick enough, and stay alive, you can walk out with some great loot, setting yourself up for a strong game.

If you’re looking for a nice calmer area to land, then Solar Array isn’t a bad spot. It’s near the center of the map, which means you aren’t going to have to travel too far when the circle starts to close. The loot here isn’t as good as you might find in places like Rift, but the chance of dying early on is also slimmer. With more open areas, you’re going to want to move around the bottom of the solar arrays to find loot boxes and armor waiting to be picked up.

Another low-action spot, Hydroponics is situated along the southwestern edge of Olympus. This means you’re going to be far from the action, and possible far from the boundaries of the starting circle. But, the chance of picking up some good loot without having to fight half the match for it is a nice trade-off. There are also a few Trident spawns in this area, allowing you to move through the map very quickly.

Another notable spot worth mentioning is Bonzai Plaza. This area is filled with narrow hallways and you can expect a ton of close-quarter combat if you drop in here. However, the Reverie Lounge has a slew of great loot to pick up, as long as you can get there first.

Now that you know the best places to land in Apex Legends Season 7, head back over to our Apex Legends topic for even more useful information. You might also want to check out our guide on how to play Horizon, the newest Legend in Season 7.