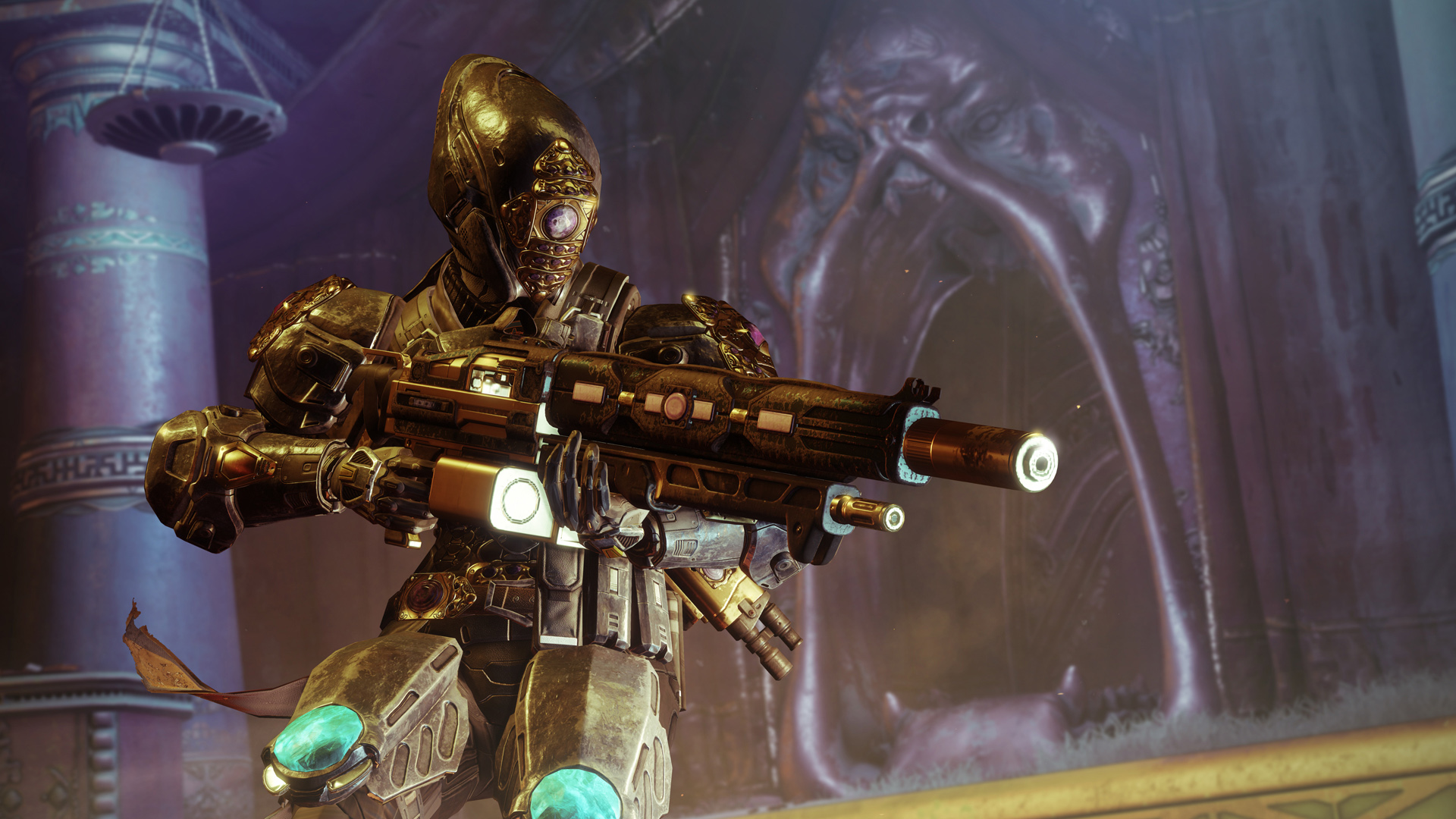 Players have long wanted a way to transmog their armor in Destiny 2. We all have a favorite set or style, but with the constant need to gain Power, players are left no option but to wear some ugly-ass gear. In a recent stream, Luke Smith has shed a bit of light on how Destiny 2’s upcoming transmog system will work. Not only that, but we now have some concrete information on the transmog currency and how much of it you can earn.

For those that need a glossary, “transmog” is short for transmogrification, a term popularized in World of Warcraft. It allows players to use the appearance of one item over the top of another. For Destiny 2 players, consider for a moment the Ornament system. This is a kind of transmog. The transmog system in Destiny 2 will allow you to turn any armor piece in your Collections into an Ornament to by applied to any piece of armor.

Some more specifics on how transmog works in Destiny 2 have been revealed. Originally, Bungie stated in a TWAB from May 7, 2020 that transmog will be available for players to do “with in-game effort or Silver”. On April 22, 2021, a TWAB went into further detail about how transmog works.

For those players that want to transmog more than 10 pieces of armor a Season, Eververse will offer Synthweave Templates – one or five tokens – for 300 and 1000 Silver, respectively.

In a recent stream, Smith revealed that the game will look at your account data, specifically anything you've collected across your journey, and from this all eligible items will be available for transmog. You do not have to have the item physically on your Guardian or in your Vault. So go ahead and start freeing up that Vault space – another great way of getting more Legendary Shards ahead of Beyond Light's release.

For those that need a glossary, “transmog” is short for transmogrification, a term popularized in World of Warcraft. It allows players to use the appearance of one item over the top of another. For Destiny 2 players, consider for a moment the Universal Ornament system. This is a kind of transmog.

Expect this Destiny 2 transmog guide to grow and evolve as we learn more about it. For now, though, it’s at least good news that we don’t have to keep our vaults stuffed to the gills with armor we think is pretty snazzy. Swing by the Shacknews Destiny 2 guide for even more explanations on various mechanics and systems!