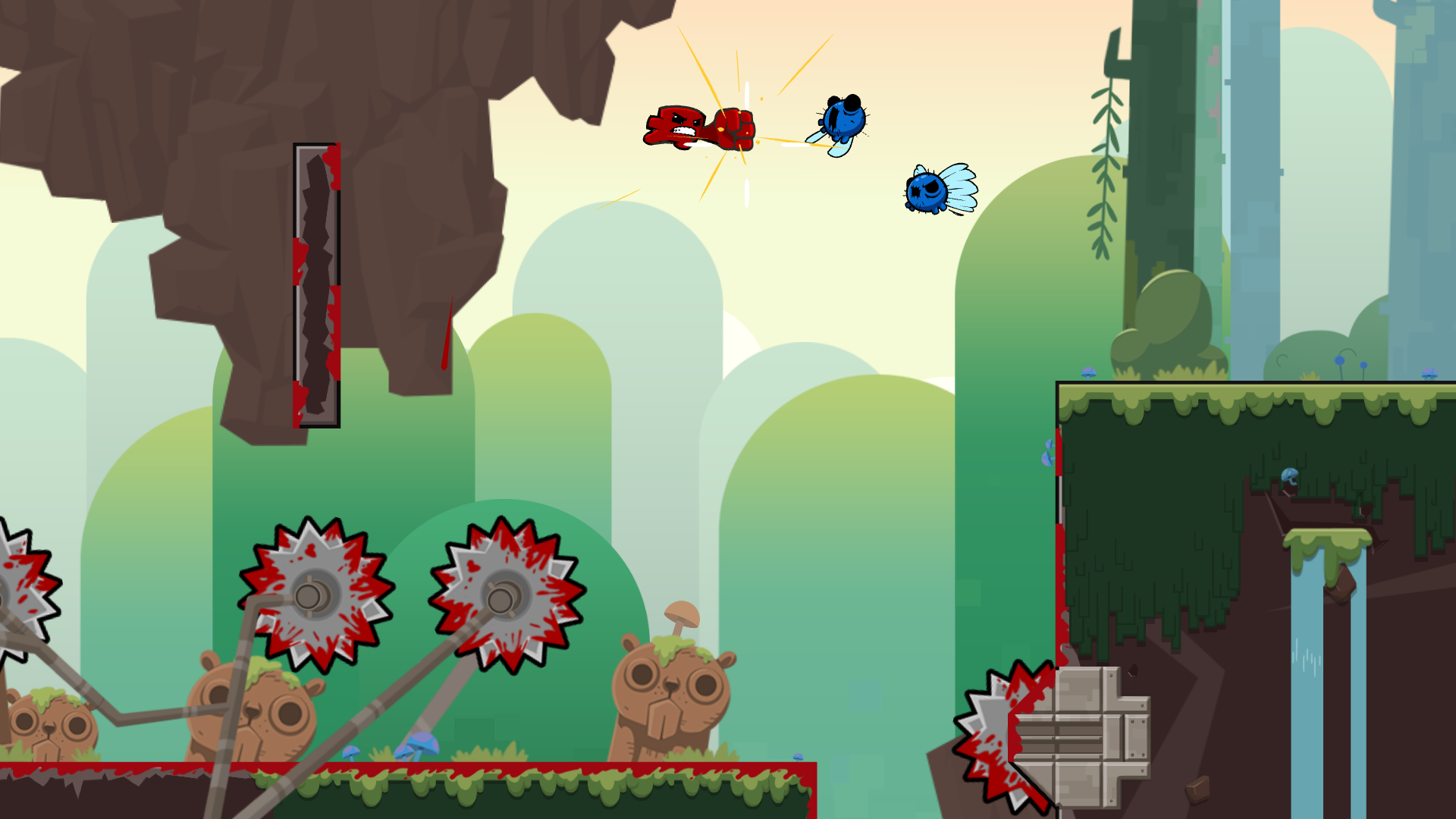 Has it already been ten years since Super Meat Boy first released? Where does the time go? The answer to that is, it goes to the continuing development of Super Meat Boy Forever. Yes, it's still in development, but the folks at Team Meat have reached a point where they're ready to reveal... new gameplay. What, did you think I would say "release date?" Nobody said anything about a release date.

Team Meat co-founder and Creative Director Tommy Refenes is ready to show off some all-new footage of the upcoming Super Meat Boy sequel. He'll go live on his personal Twitch channel tonight at 7:30PM PT for a special sneak peek at the new platformer. It will be new gameplay, but Refenes will not reveal a release date. We already said there's no release date announcement! Don't believe us? Here's the man to tell you himself.

"This is the first time Super Meat Boy Forever has been shown off in quite some time," Refenes said via press release. "The COVID prevented PAX West from happening where we would normally show stuff, but since the world is sick right now we stayed inside and worked and almost forgot about the 10th anniversary until our social media manager Lillian told us to do something about it. This isn't a release date announcement but WE ARE CLOSE (as you’ll see on the stream)."

You know what else normally happens at PAX? Tommy Refenes chats with us here at Shacknews. It's always a pleasure to talk to the man about game design, art styles, tacos, knockoffs, and basically whatever else comes to our heads. On the off-chance that he's reading this, Tommy, we'll hopefully talk tacos again soon whenever the COVID era ends.

Look for new Super Meat Boy Forever gameplay to debut tonight at 7:30PM PT on Twitch. Super Meat Forever is set to release... stop asking for a release date! There is no release date!