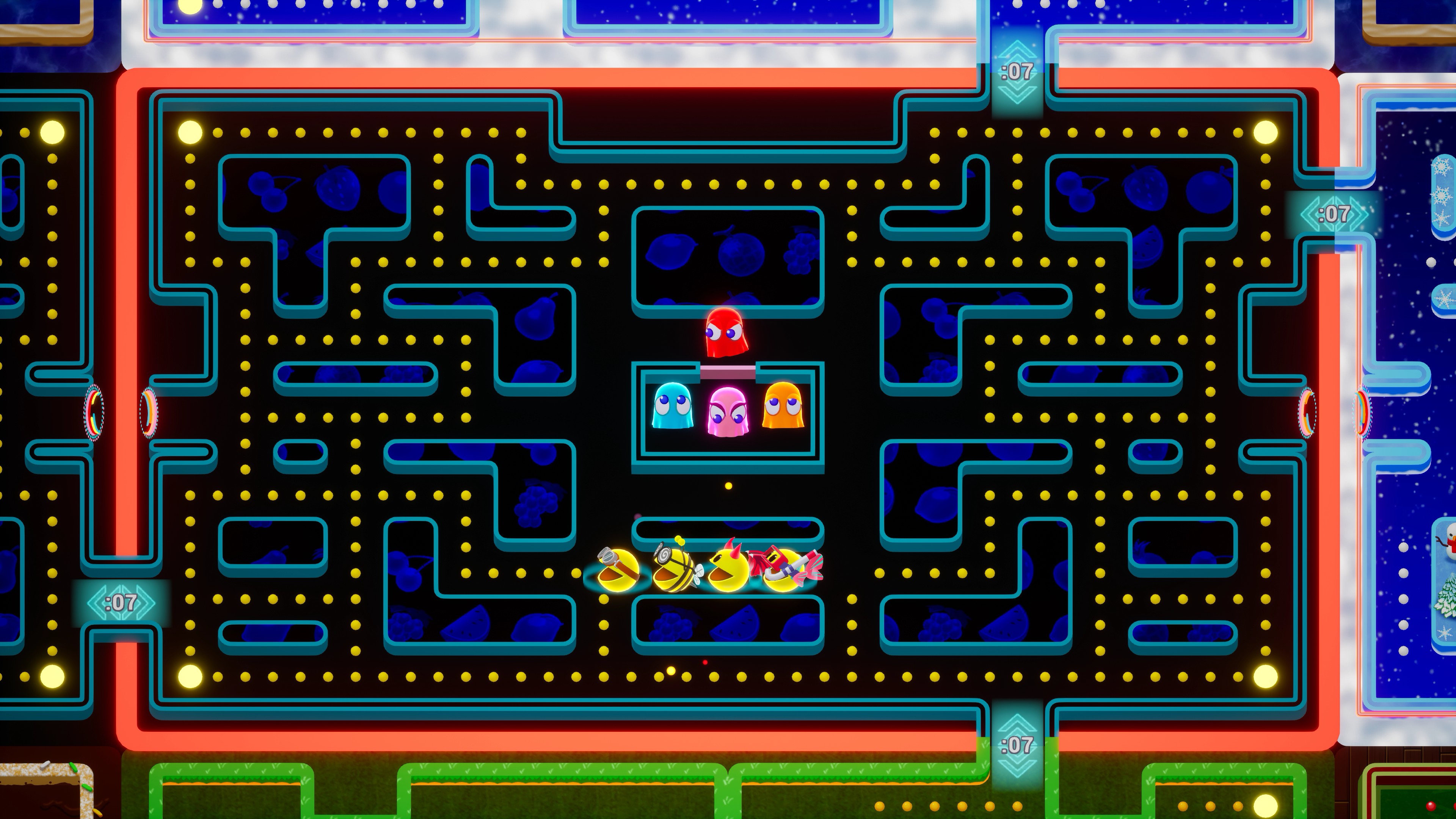 Pac-Man has been running through mazes for 40 years. He's gone from arcades to home consoles to almost every platform imaginable. Now he's about to take on a whole new frontier as he runs through some of his most challenging mazes to date against 63 other Pac-Men. Pac-Man Mega Tunnel Battle promises to be the biggest Pac-experience to date and it's going to come to Google Stadia first.

As part of the continuing Pac-Man 40th Anniversary, Pac-Man Mega Tunnel Battle is being developed by the team at Heavy Iron Studios. It takes the yellow mascot into the battle royale genre (er... again) and puts 64 players in their own individual mazes, all of which can be customized by their owners. All of these mazes are connected, which means players can invade other mazes and eat their dots and Power Pellets. Survival is the name of the game, which means surviving against each maze's ghost. However, Power Pellets will also give players the power to eat other Pac-Men, so cannibalism is a path to victory.

While Mega Tunnel Battle will unfold in many ways like a standard Pac-Man session, there are a few new wrinkles to look out for. Players will find new power-ups on the board and also be able to peek at neighboring boards so that they can plan out where to go next. Eliminations will inevitably happen, but worry not if you're one of the eaten and not the eater. The game is promising spectator interactivity to keep the rest of the session engaging until only Pac-Man is left standing.