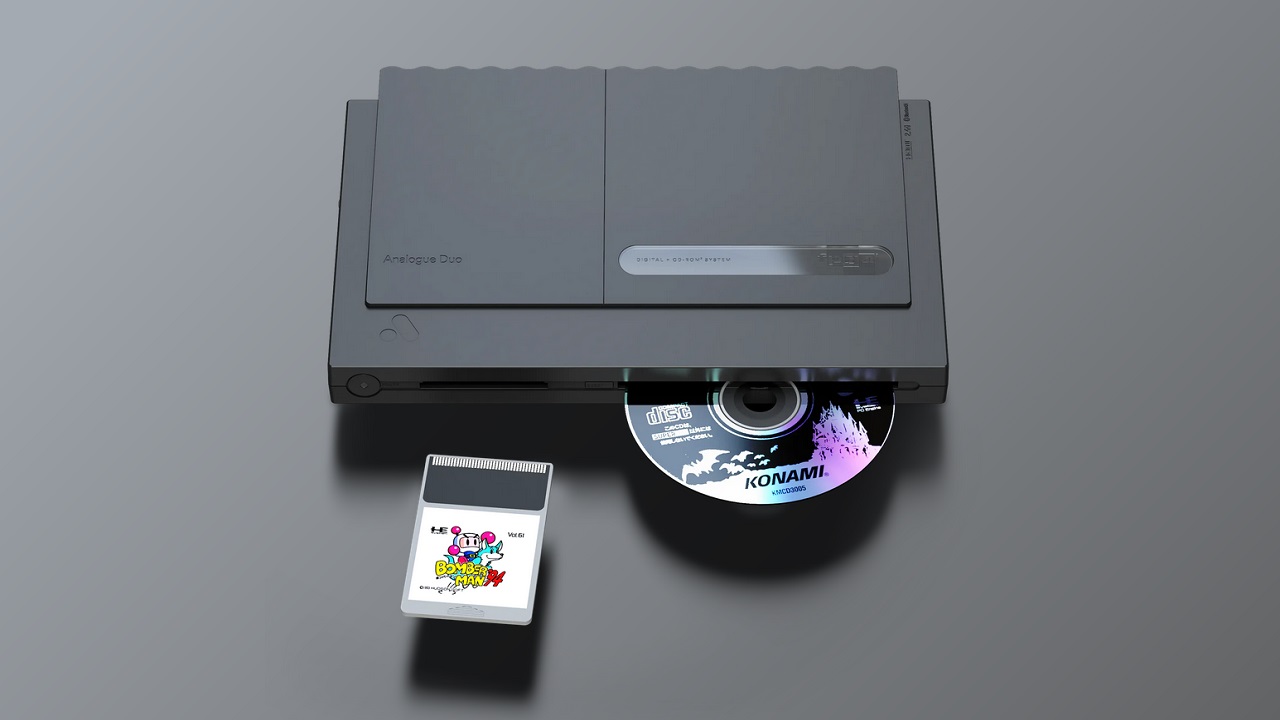 Analogue Duo will bring TurboGrafx-16, PC Engine, and more into an all-in-one system

Analogue has been building quite a name for itself as a designer of all-in-one game players that not only use specialized hardware to avoid emulation, but also bring decent increases in quality to the games they play. The Analogue Pocket turned heads as a pretty great looking Game Boy and Game Boy Advance player, and now Analogue is targeting another community. It just announced the Analogue Duo, which is said to play nearly any NEC system format game in both CD-ROM, TurboChip, and Hucard format.

Analogue announced the new Analogue Duo on its website and Twitter on October 16, 2020. This interesting new player is said to be coming in 2021 and will be sold in limited quantities for $199 when orders open. Some of the supported formats that can be played on the machine are TurboGrafx-16, PC Engine, SuperGrafx, TurboGrafx CD, PC Engine CD-ROM, and Super Arcade CD-ROM games. It will also be offered in US gray and Japanese black editions, both featuring 1080p HDMI support, and 2.4g and Bluetooth which can link up to four applicable controllers without need of a receiver.

The Analogue Pocket was a major head turner for the company. Not only could it play all Game Boy and Game Boy Advance cartridges, but various adaptors allowed it to play Neo Geo Pocket Color, Game Gear, and Atari Lynx cartridges as well. With the creation of the Analogue Duo, a TurboGrafx-16, PC Engine & SuperGrafx Hucard are coming to the Analogue Pocket as well in the form of a new adaptor, which will also come in 2021 at a retail price of $29.99.