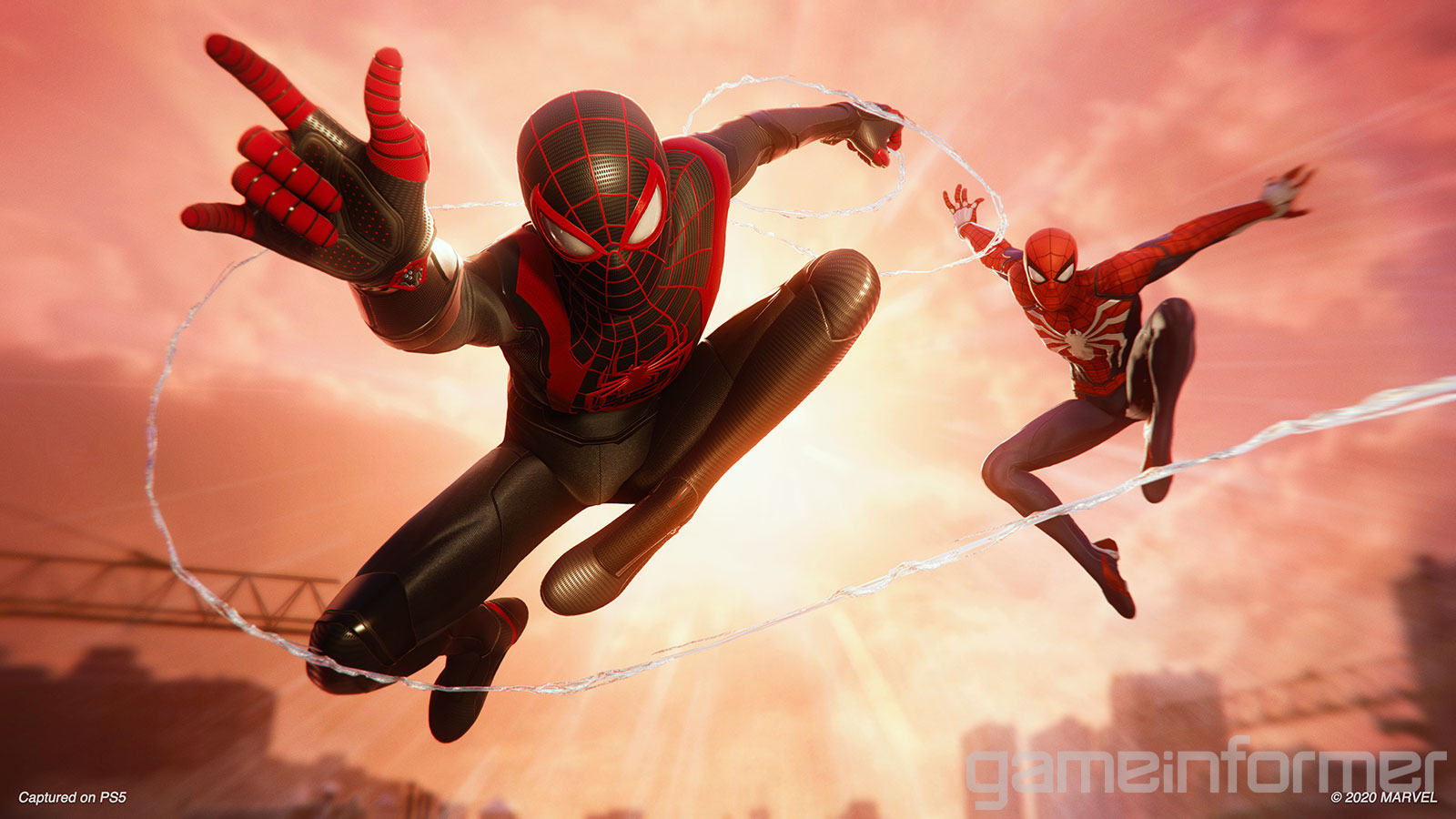 Marvel’s Spider-Man: Miles Morales is set to release next month alongside the PlayStation 5, as the next installment in Insomniac Games’ web-slinging adventure. It’s been a slow trickle of information, but we’ve finally received a wealth of new details over the last few weeks. Now, we’ve got a better idea of the alternate suits Miles will don and the locations he will visit with some new high-quality screenshots.

Marvel’s Spider-Man: Miles Morales was the featured game for this month’s issues of GameInformer. In the new issue, developer Insomniac Games shared some exclusive new images from the upcoming Spider-Man game. Though fairly simple, these new screenshots give us a good idea at what alternate suits we can expect to see in the game, as well as some additional locations.

First up, we see Miles swinging through Brooklyn, in the area we saw him strolling through during the recent gameplay demo at the PS5 showcase. He’s wearing the T.R.A.C.K. Suit, which was revealed to be a pre-order bonus for Marvel’s Spider-Man: Miles Morales. Another screenshot shows Miles dressed casually while checking his phone on a New York subway. We see a person in the background reading the latest issue of The Daily Bugle.

A couple of the new screenshots give us some strong clues towards the narrative in Marvel’s Spider-Man: Miles Morales. One screenshot shows Miles facing off against the Rhino, revealing at least one big bad that players will square off against. Another screenshot shows Miles swinging through the skies alongside mentor Peter Parker, seemingly confirming the original Spider-Man will also play a role in the game’s story.

One of the more fascinating screenshots (and a personal favorite) shows Miles Morales in what seems like a computer room. It looks like some sort of small secret lair that somebody (Ned?) would use as a hub to keep tab of the ongoings of New York City. Even more interesting, we see Miles wearing a brand new suit. The suit features a digital helmet akin to what we see worn by members of Daft Punk. The torso looks a bit like a letterman jacket, with a dangling spider logo on the back. A “cool S” design can be seen on the left shoulder, truly the cherry on top of what is a beautiful Spider-Man suit.

These images are a nice tease at what we’ll experience when jumping into Marvel’s Spider-Man: Miles Morales this November. For more on the upcoming superhero game, stick with us here on Shacknews.