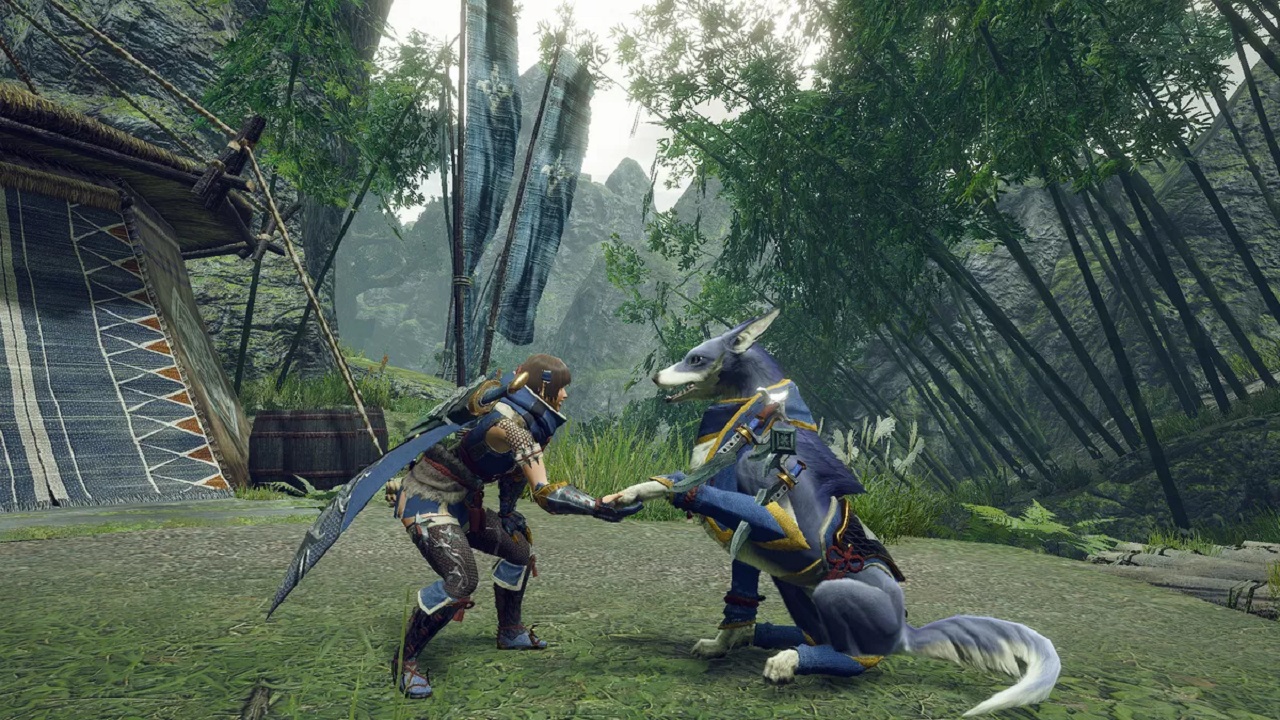 Monster Hunter is a great universe full of massive and majestic creatures that deserve their fair share of time in the spotlight. That said, multiplayer is arguably the highest billed star in Monster Hunter by far and it downright stinks to have to wait on a cutscene to play out if you want to join a friend’s fight. That’s apparently about to change at long last in Monster Hunter Rise. According to Capcom, all cutscenes will be skippable in online and offline modes even if you haven’t seen them before.

This detail was revealed by producer Ryozo Tsujimoto and director Yasunori Ichinose in a recent interview with IGN. Said interview contained a number of details, including the fact that solo and co-op missions would be different from one another, there won’t be in-game support for voice chat, and Prowler mode unfortunately won’t be returning for now. That said, one of the star details of the interview was that cutscenes can, at long last, be skipped at your leisure in co-op or solo play. Some people just want to get to the fight after all.

Fans of the Monster Hunter series will likely see this as a huge boon. Even Monster Hunter World and its Iceborne expansion kept cutscenes unskippable outside of Blacksmith crafting, Palico meals, and monster trapping, and it meant waiting around to join up in a friend’s quest until they got through it, or not being able to go skip over a scene yourself on a new character.

Monster Hunter Rise has promised to be a full-fledged adventure on the Nintendo Switch, but more than that, it’s looking like an improvement in a lot of ways with freedom of movement and verticality added via the Wire Bug, a new doglike Palamute companion, and a host of never-before-seen monsters to battle.

With the ability to skip cutscenes now confirmed for Monster Hunter Rise among a myriad of other changes, it continues to look like a mobile adventure well worth taking when it launches in 2021.