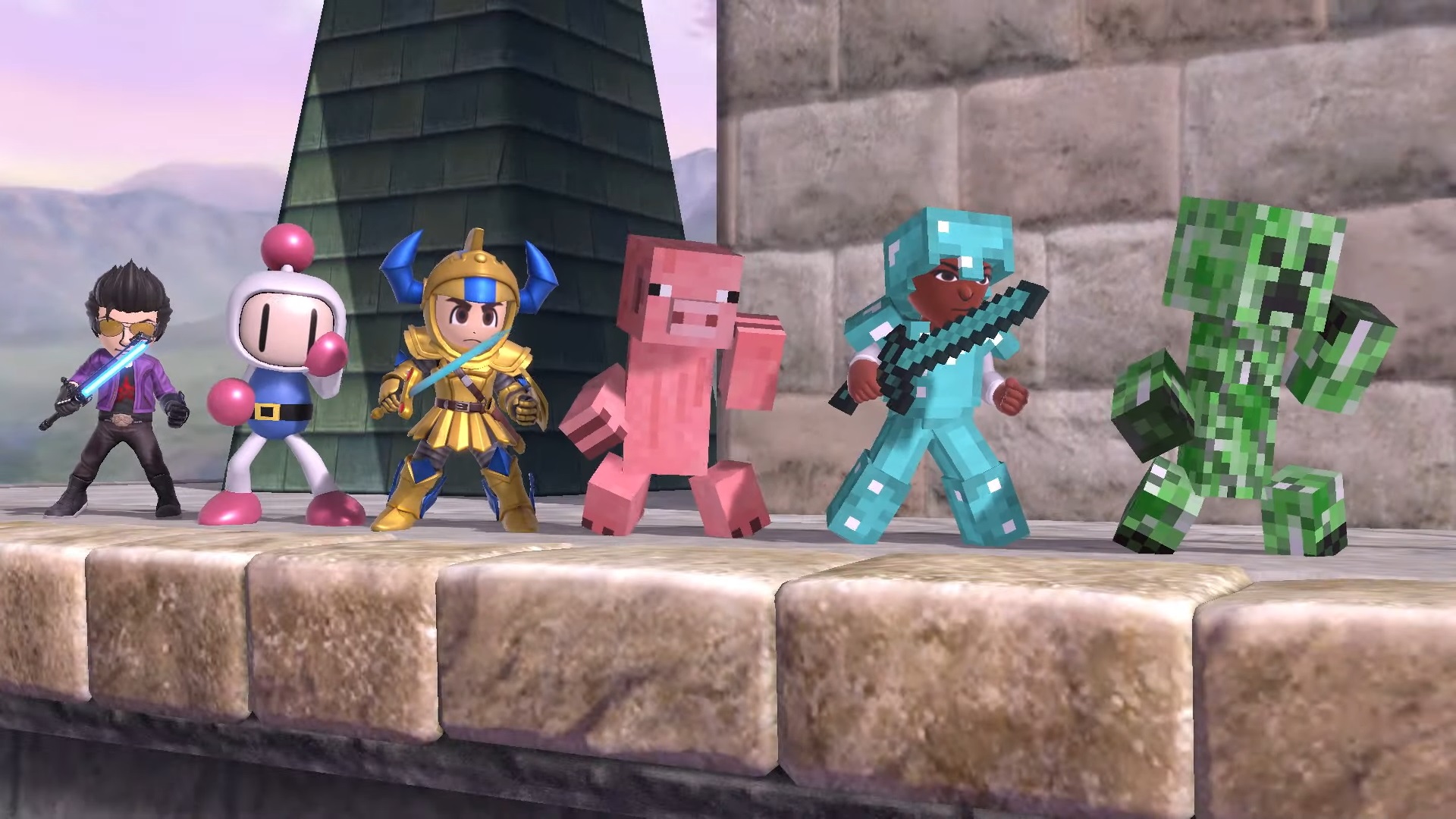 There was a lot of information to take down during this morning's Mr. Sakurai Presents stream on Super Smash Bros. Ultimate's addition of Minecraft's Steve and Alex. But beyond the characters themselves, players can also look forward to another batch of Mii Fighter costumes. This will be the seventh pack of outfits and half of them will continue the celebration of Minecraft's Smash Bros. debut.

Here are all of the outfits set to come in the seventh Mii Fighters Costumes pack:

All six of these costumes will be available a la carte for $0.75 USD each. They are not available as part of the Super Smash Bros. Ultimate Fighters Pass Vol. 2, so you'll have to dig into your coffee money fund to pick these up.

The Mii Fighter Costumes: Round 7 are set to release on October 13, the same day that Steve and Alex from Minecraft make their way into Super Smash Bros. Ultimate as the latest DLC characters. There was a lot to take in this morning. If you missed any of Mr. Sakurai Presents, be sure to check out our full recap on everything we know about Steve and Alex.