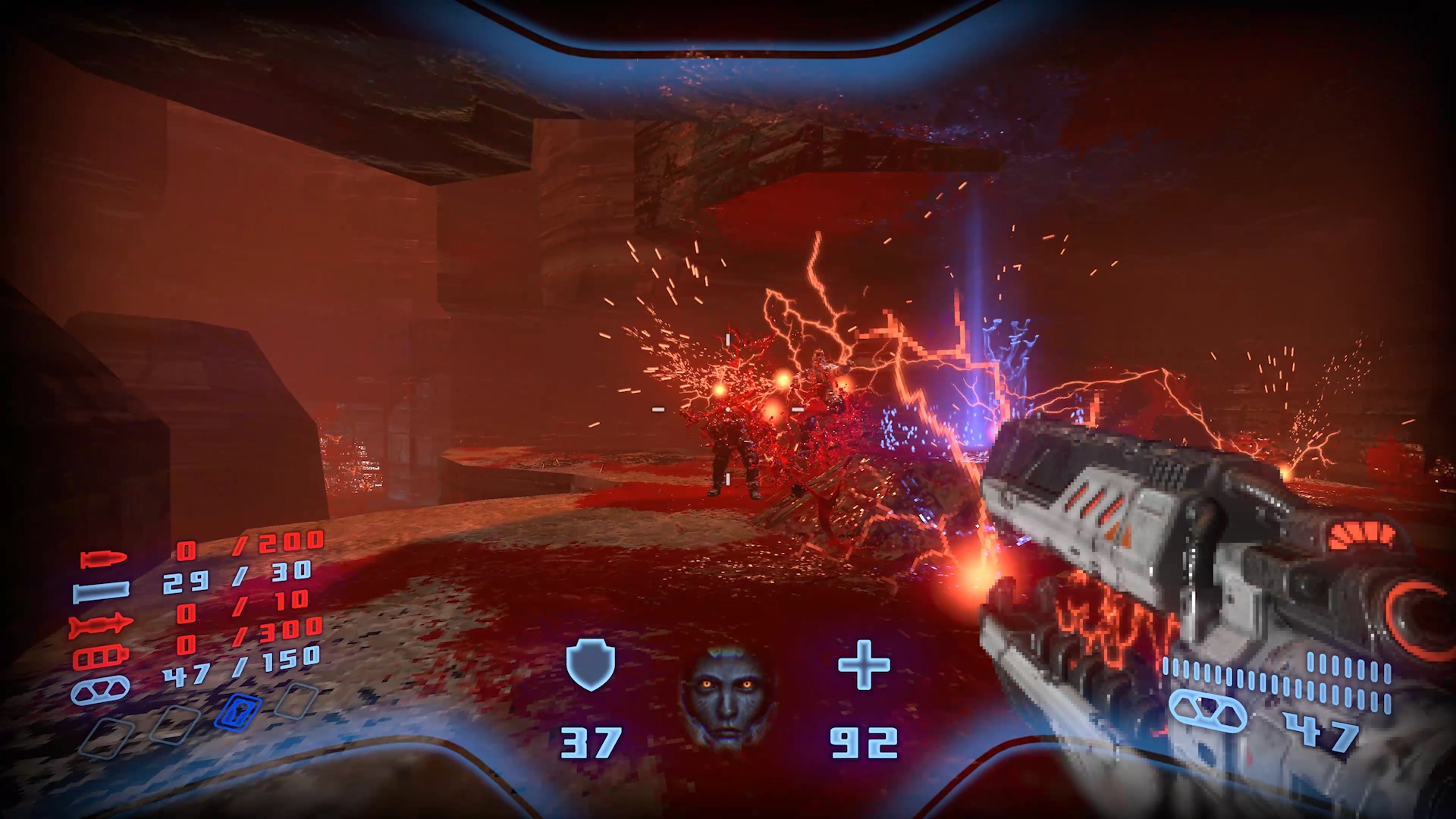 It's been almost 30 years since the original Doom released on PC. It pioneered a distinct style of video game: the corridor first-person shooter. In the years since it released, numerous homages have graced PCs and consoles. On Thursday, the team at Bounding Box Software and Humble Games announced the latest one called Prodeus.

Prodeus is being touted as a throwback old-school shooter. It utilizes modern rendering techniques and runs at a full 1080p and 60fps, but the rest of the package is purely old school. Shortly after the game's initial reveal, Shacknews was given a closed beta code, so I decided to give it a try.

Bounding Box certainly isn't kidding about the game's old-school aesthetic. The closed beta's campaign starts off in an abandoned space vessel. The words "BOOMERS! ARE YOU READY?" greet the player and then the classic first-person action starts. Players explore individual levels, each of which feature platforming segments and killer demons. While the idea is to crush any enemies in your way and proceed to the exit, players are encouraged to explore, as each stage features secret areas in the vein of vintage games in the genre, like the aforementioned Doom and Shadow Warrior.

Players will find firearms throughout the game's levels, but you won't start out armed. The game starts with the players only defending themselves with their fists and, I won't lie, it does feel good to pummel foes by raining punches down on them. But the action intensifies quickly, as players find pistols, pump-action shotguns, automatic SMGs, gatling guns, and more. Many of these weapons can be dual-wielded for maximum violence.

As I got farther along in the demo, the screen started filling up with more and more enemies, which made it feel that much more remarkable that there was no performance lag whatsoever. Blood was raining down everywhere and Prodeus kept right on going with no slowdown. There isn't a lot that feels new about Prodeus, but everything that it does is done exceptionally well.

The two-person tandem of Michael Voeller and Jason Mojica are putting their 25 combined years of FPS development experience and assembling quite the Doom homage with Prodeus. Anybody who wants a fun throwback that makes optimal use of the Unity engine will likely want to give Prodeus a look. But, the game is not quite ready for full release just yet. It's set to go through an early access period first, but what I saw looked encouraging. Look for Prodeus to come to Steam Early Access on November 10.