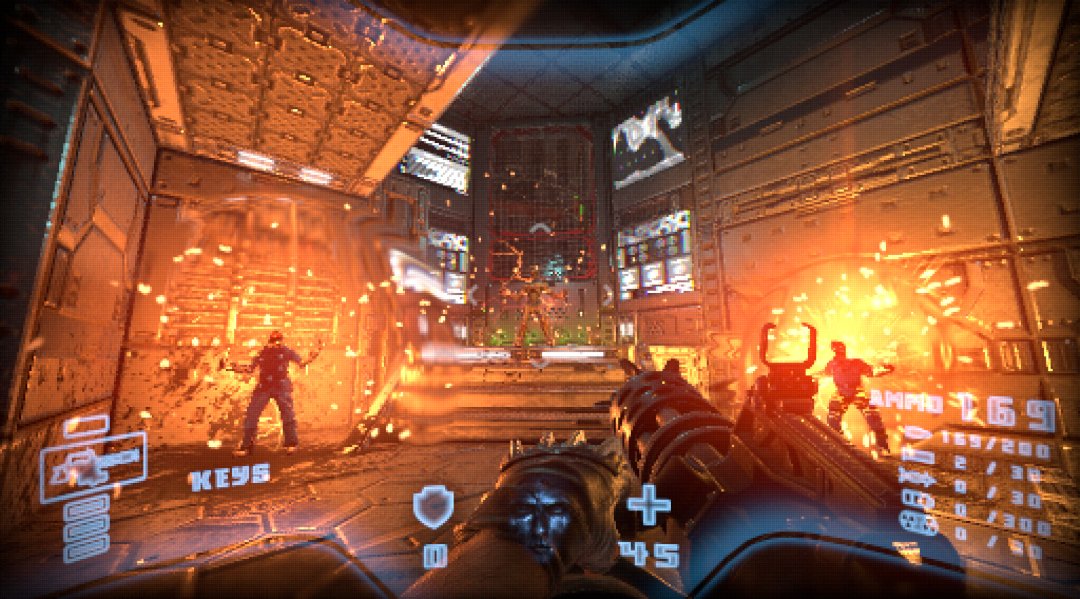 Way back in the 90s id Software pioneered the first-person-shooter revolution with games like Wolfenstein, Doom, and Quake. While time has marched on and the processing power of PC and gaming consoles has evolved leaps and bounds since then, player’s passion for the golden age of FPS games has not wained. Prodeus is a title that looks like it trying to strike a chord with the Unreal-era of gamers by offering up a title that mixes classic visuals with modern tech and game features to create a new and engaging experience.

From what I gathered after watching the trailer, many of the game’s graphics seem inspired by titles like Quake and Doom. However, Prodeus also makes use of modern graphics tools like pixel shaders and post-processing to meet somewhere in the middle of old and new school. It also looks like it has some very insane melee combat features involve fast-flying-fists-of-fury. You can check out Prodeus’ graphical blendings in their recently launched reveal trailer:

Prodeus definitely has that gritty pixel style of yore, but the modern rendering skills give it a boost of freshness. What’s even more impressive is that game is being developed by only two industry vets who happened to have worked on several modern FPS titles including Call of Duty: Black Ops, and the modern reboots of Wolfenstein and Doom.

As of right now, Prodeus doesn’t seem to have a release date but is planned for a 2019 launch. At the moment the game’s website only has a link for a Steam version of the game, but that could always change between now and launch. Will Prodeus end up walking a visual line in a way that pleases FPS fans both old and new? We’ll make sure to keep you to up to date as more information is revealed.