Doom on Nintendo Switch Review: What a time to be alive

Nintendo Switch continues its amazing launch year with a great parade of amazing third party titles. Later this month, we will see Rocket League release on the convergence device. One company that appears to be jumping into the Switch ecosystem with both feet is Bethesda, with Doom, Skyrim and even Wolfenstein 2 coming to the console. Today we take a look at Shacknews game of the year 2016, Doom.

In January when Nintendo announced Switch software support, I noticed that Vulkan API was being supported. I suggested at the time that Doom and some other Bethesda properties could possibly run on Switch. Many people scoffed at the idea of playing such a beautiful powerhouse of a game on a lower resolution device. Adding to the cynicism was the “PC Master Race” attitude that FPS games shouldn’t be played with anything but a keyboard and mouse.

I am happy to report that Doom runs like a dream on Nintendo Switch. The ability to play the game on the go trumps any graphical shortcomings, in my opinion. The gameplay feels great even though there are some clear compromises that were required to get the game running on a handheld/hybrid console. Doom on Switch is truly a technical achievement and reminds me of the fun I had playing Doom 64 back in the day. Sure, the game isn’t the same as it is on PC, but it maintains the core essence of being a fun, fast-paced demon-slaying extravaganza. 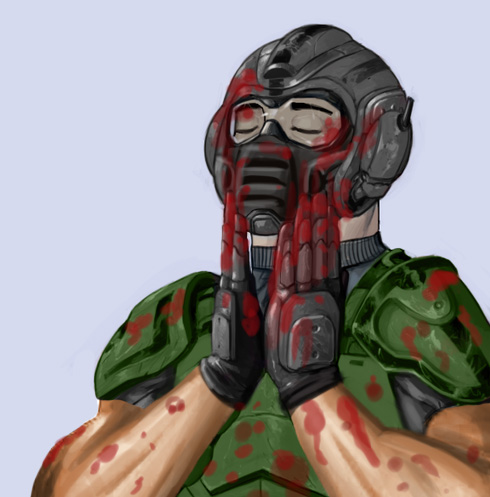 Panic Button definitely had to work some magic to get Doom on Nintendo Switch to be playable. This is most apparent when you look at the game’s graphics. Lower resolution textures are immediately noticeable on the levels and especially on the enemies. This only bothered me for the first few minutes that I played the game, but I immediately got back into my role as the Doomslayer.

The game runs at 720p docked or undocked and at only 30 frames-per-second. Yes, 30 fps is shameful for a PC game to run at, but are you really able to lug your PC rig into the can to gib demons on your bathroom break? This is the biggest technical compromise that players of Doom on Switch have to come to grips with and it is totally worth it in my opinion.

One thing about Doom on Nintendo Switch that I was immediately disappointed by was the lack of gyro-based aiming. Considering the unique Joy-Con controllers that ship with Switch, it would have been nice to see more effort put towards a new way to play Doom. Instead of immersing players in the game with a new way to aim weapons, the game allows for melee attacks by shaking the right Joycon. This doesn’t work well at all, in my opinion and felt bolted on as opposed to a new way to play Doom. This was one of the few missed opportunities in this version of Doom.

One other small gripe I have with playing the game in handheld has nothing to do with the game and everything to do with the design of the right Joy-Con. It can be frustrating when you are trying to glory kill a demon or even aim because of the placement of the right thumbstick. This took a few minutes to adjust for, but players might want to play with the Switch pro controller if that sort of thing would drive you nuts. Personally, I just sucked it up and adjusted to it, but it is undeniably a shortcoming of the console’s design and not Doom. There are several button layout settings available that move the glory kill button elsewhere if it really gets to players.

One thing missing entirely from Doom on Nintendo Switch is the SnapMap level designer. This mode never caught on as much as some thought it would on PC, but its omission from the Switch version is worth noting. Multiplayer is available for Switch players and it doesn’t require folks to quit out of the single player game like it did on PC. Players can jump back and forth between game modes rather easily on Switch and that definitely adds to the enjoyment.

An awesome addition to the PC version of Doom was Arcade Mode. This allowed players who have already played through the single player campaign to come back to levels and try to beat their own high scores. This mode is alive and well on Switch and played great.

One thing worth noting about the online component of the game is that I would receive a network error when waking Switch from sleep with Doom on. This is similar to issues I have had with Splatoon 2, and it resolves itself rather quickly. It didn’t lose game progression, but it was something that I noticed in my time playing the game.

Doom on Switch is a triumph of the human spirit. It is just one more feather in Nintendo’s cap as third party developers are flocking to the Switch. Panic Button deserves extremely high praise for this port. It may not be perfect, but Doom on Switch offers players a new way to play one of the finest shooters to come out in recent history. The ability to pick it up and play for short bursts outweighs many of the technical limitations and I look forward to being able to immerse myself in the Shacknews game of the year 2016 on longer flights with that amazing soundtrack on the go.

This review is based on the Nintendo Switch release. The game key was provided by the publisher. Doom will be made available for Nintendo switch on November 10, for $59.99. The game is rated Mature. 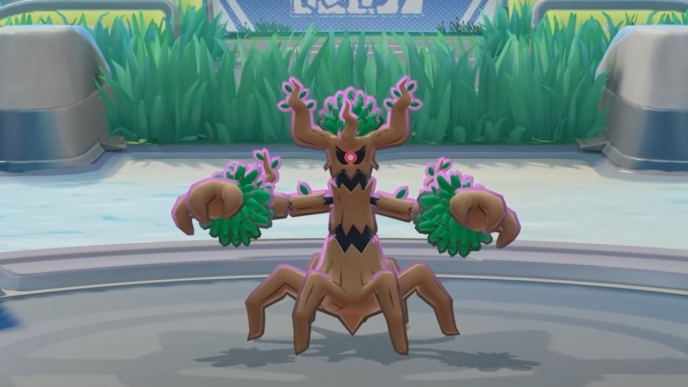 Trevenant is the latest Defender coming to Pokemon Unite's roster 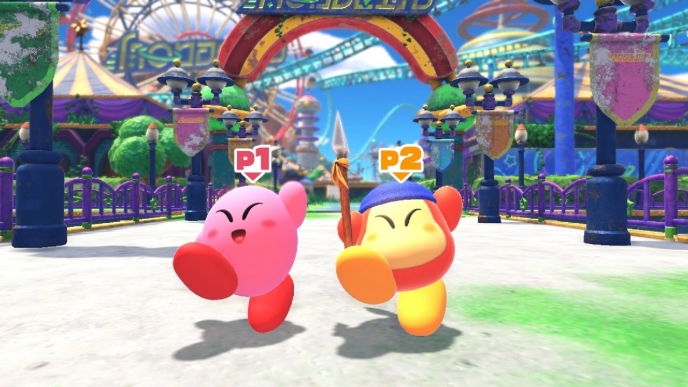