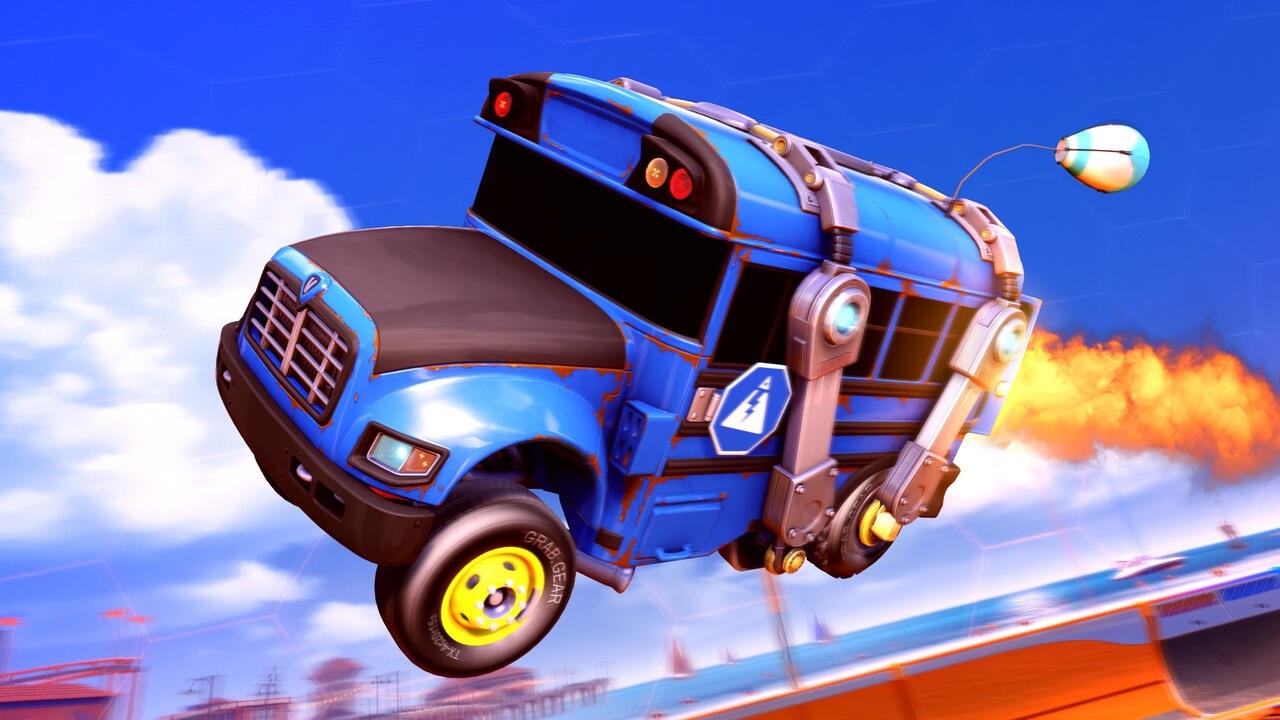 Rocket League’s arrival on the Epic Games Store and subsequent free-to-play debut across all platforms has officially kicked off, and Psyonix and Epic Games are celebrating the partnership with a new event for both of their marquee games. The new Llama-Rama event will be dropping next week and with it comes all sorts of cosmetic unlocks for both games, including a Fortnite Battle Bus unlock for Rocket League.

The Llama-Rama event celebrates Rocket League’s arrival on the Epic Games Store on September 23, 2020, as well as the game going free-to-play across all platforms with a new Season 1 Rocket Pass to boot. Though plenty of rewards are available through premium tracks in the Rocket Pass as always, the Llama-Rama event seems to be an altogether free, no-purchase-necessary way of thanking supporters as Rocket League makes its transition to Epic and free-to-play status. Fortnite fan or not, the Battle Bus has long been an iconic part of Epic’s star game. It only makes sense that now we’d be able to drive it around and get our rocket soccer going in Rocket League. The official list of challenges, unlocks, and rewards can be found below.

Challenge 3: Top of the World

As it goes free-to-play on September 23, get ready for the Llama-Rama event as it goes live on September 26 to get your rewards in both Rocket League and Fortnite.