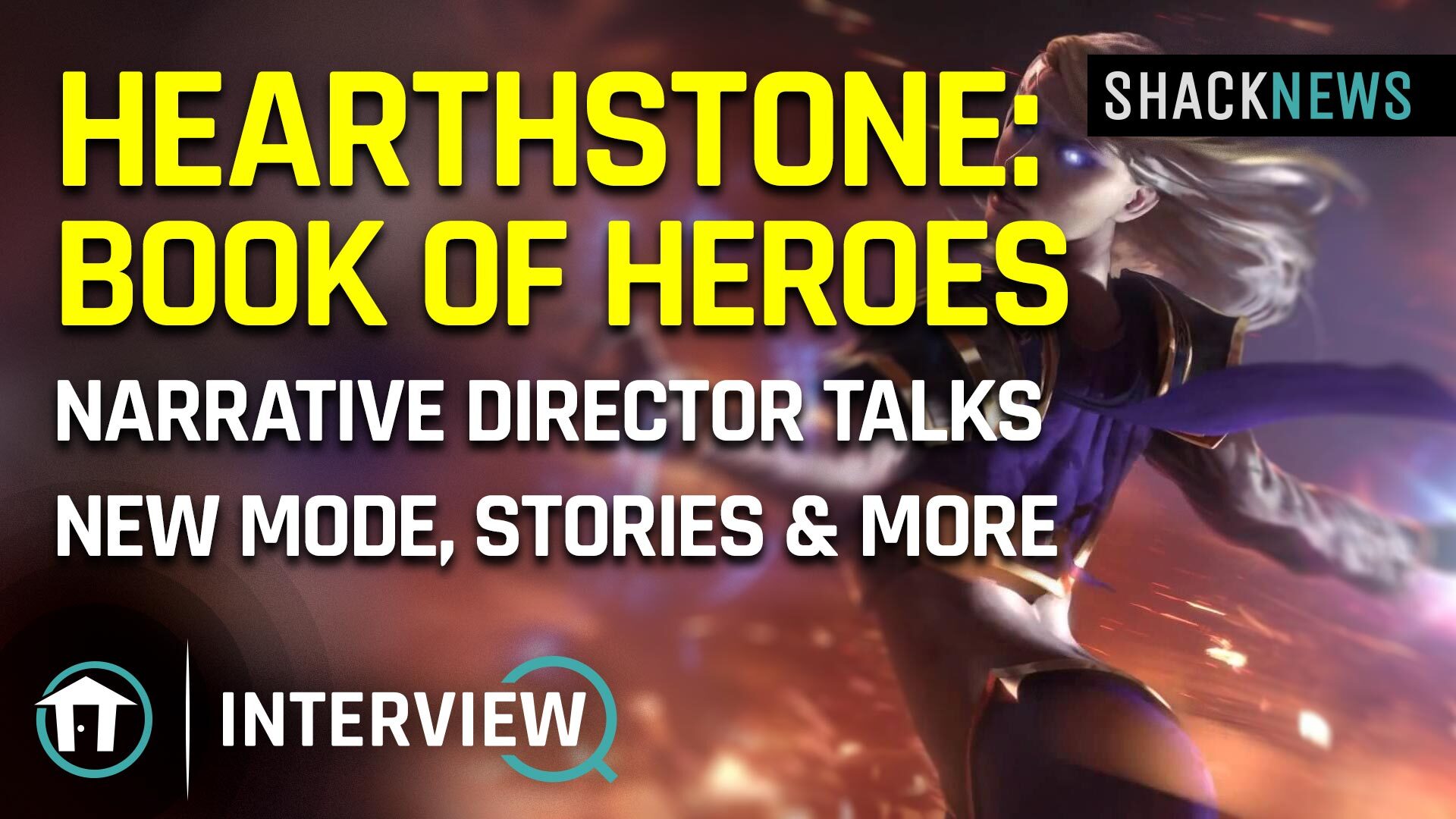 Hearthstone interview: Jaina and the single-player Book of Heroes

Earlier today, Blizzard detailed what's set to release in Hearthstone's 18.2 update, which is set to release next week. Following a major update for the game's Battlegrounds mode, Blizzard's digital card game is set to receive its next batch of single-player content. The upcoming Book of Heroes adventure will follow each of Hearthstone's core 10 playable characters, starting with Jaina Proudmoore. It's set to be slightly different from previous solo adventures, so naturally Shacknews had some questions. Video Editor Greg Burke and I recently reached out to Hearthstone Senior Narrative Designer Valerie Chu to learn more about what players can expect from the upcoming Book of Heroes.

"The Book of Heroes is a brand new ten-installment batch of content that's coming to Hearthstone," Chu told Shacknews. "Each installment will be telling the lives of one of the classic or core heroes from Hearthstone. So you'll get to learn more about where they came from and what made them who they are, and why they're representing their class for us here in Hearthstone. We're very inspired by the Prologue content for Demon Hunter. So we wanted to expand on that and, this time, give you eight fights per character, instead of just the few that we did for Prologue. So you can really come to understand who they are and what drives them."

Chu also discussed the different storytelling possibilities presented by the Book of Heroes format, telling Jaina's story for both casual Hearthstone players and long-time Warcraft aficionados, and some of the boss encounters that players can expect to see. We also made sure to ask what players can expect from some of the later Book of Heroes stories, which are set to release on a monthly basis.