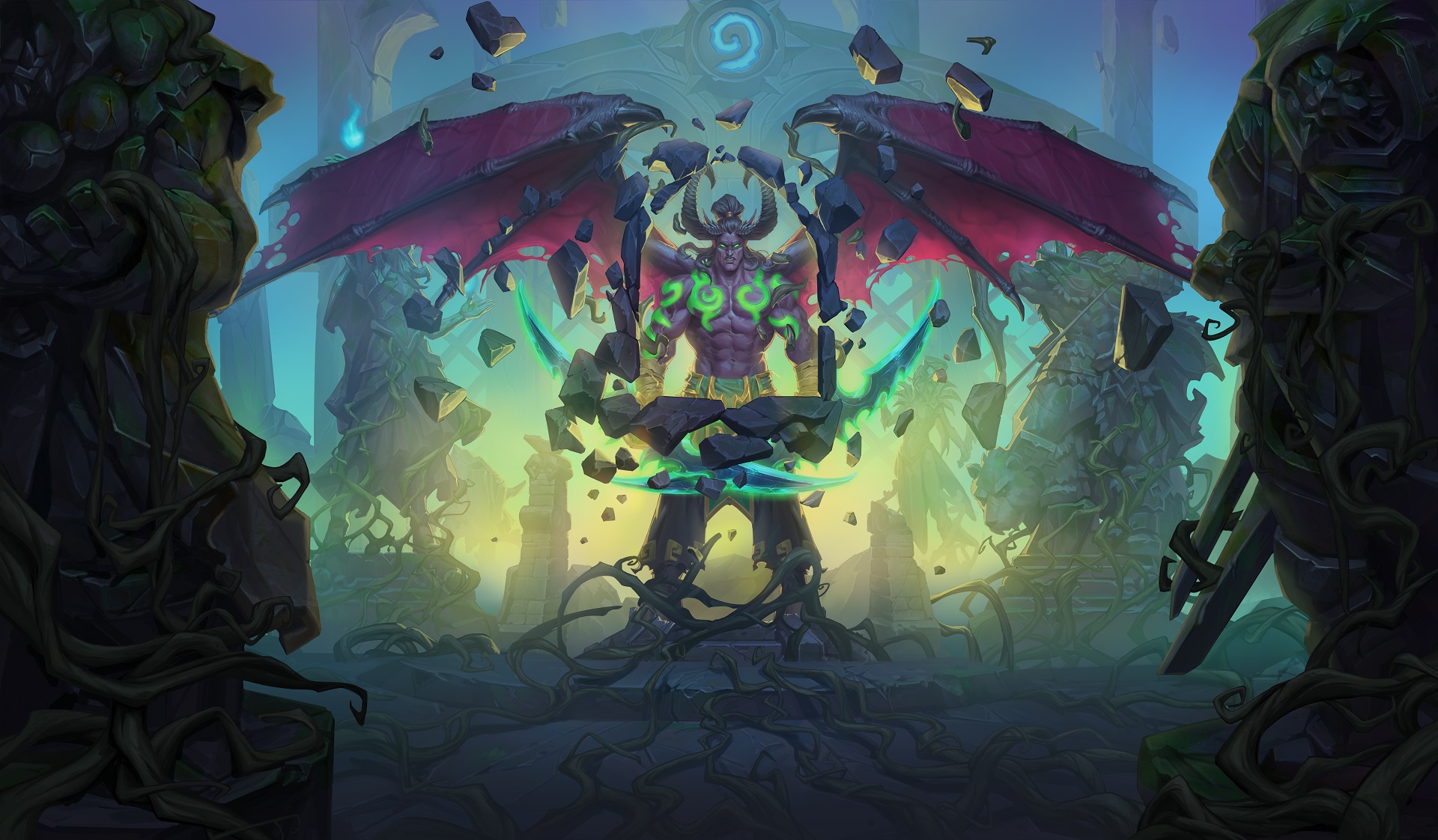 Hearthstone is about to get a little more exciting with everything Blizzard has lined up for the next few weeks. One of the most anticipated additions to the long-running card game comes in the form of its 10th class, the Demon Hunter. There's a lot for players to learn regarding this class' identity and how it'll play, with Blizzard offering up some more information (and a few new cards) through a new video that released on Tuesday morning.

Hearthstone Senior Game Designer Chadd Nervig and Senior Narrative Designer Valerie Chu offered up some valuable information on how the Demon Hunter will play, expanding on three different deck strategies: the aggressive deck strategy that focuses on upping the hero's attack power, the zoo deck that fills the board with small-to-medium demons, and the methodical deck that drops massive demons in the late game.

More than that, they revealed some new cards, ones that could prove to become staples during the Demon Hunter's early days and beyond. Here are the new cards:

Nervig and Chu also discuss the Demon Hunter Prologue and set up its story. It will take players through Illidan Stormrage's past, back before he became a Demon Hunter. It shares how he warded off the demon invasion and came to become who he is today, while also introducing the various Demon Hunter mechanics.

Hearthstone's Demon Hunter Prologue is set to arrive on April 2, while the Demon Hunter class arrives on April 7. Shacknews got a first chance to play around with the game's tenth class, so we've put together a helpful guide on how to play Demon Hunter. And if you're looking for a more immediate change to the game, this year's Hall of Fame rotation and Priest rework take effect this coming Thursday.