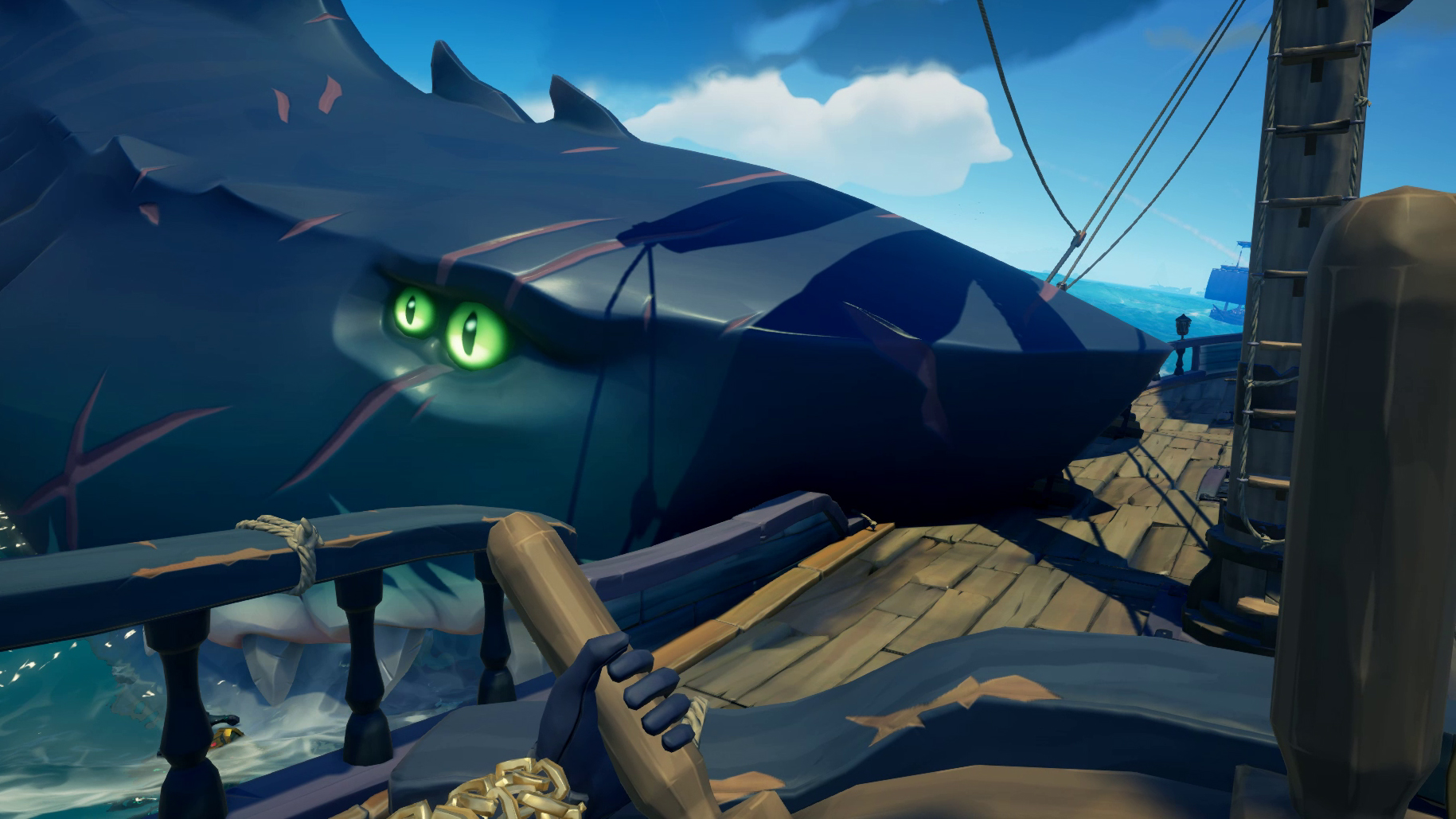 Where to find megalodon - Sea of Thieves

Megalodon are one of the many random encounters players will experience in Sea of Thieves. These great beasts often pester pirates when they’re trying to get voyages done but as soon as you want to find one, they’re rarer than hen’s teeth. For those that want to hunt some giant sharks, knowing where to find megalodon is key.

Where to find megalodon

Finding megalodon in Sea of Thieves is a tricky business. The megalodon spawn randomly in the water, which means there is no single location to find them and, unfortunately, no way to summon a megalodon. In saying this, there are some general rules and guidelines would-be Captain Ahabs should keep in mind.

Megalodon will only spawn in open water away from land. This means if your ship is too close to an island (uncharted islands, outposts, and forts), then there is no way a meg will spawn. What this means is that players should sail in open water.

A good idea is to sail around your favorite region, circumnavigate the map, or just sail wherever the wind takes you.

When a megalodon does spawn, it’s important to immediately raise your sails and maybe lower anchor to slow down. The idea is to keep your ship away from an island. Obviously, if you’re approaching an island, turning around and sticking to open water is the best strategy.

Players should also familiarize themselves with how megalodon behave. By understanding what a megalodon will do in any given circumstance, you will better be able to adapt and ensure you get the kill.

Firstly, megalodon will always surface off the stern of a ship. Whenever you hear the megalodon music begin, run to the aft of your vessel and peer out into the waves. This will let you see what type of megalodon spawns, which could influence your decision to fight it or try and get rid of it.

It’s also worth noting that megalodon AI can get a bit weird. If a megalodon spawns near your ship, and you’re too close to an island, it will swim away. In the event this happens, sail away from the island and into open water, this should cause the megalodon to come back.

The megalodon can also be affected by nearby ships. If there is another player ship nearby, the megalodon may begin to act oddly, de-aggroing from your own ship.

There also appears to be some different behaviour depending on the type of megalodon. For example, the Crested Queen (purple) seems more skittish while the Shadowmaw (black) is hyper aggressive. This could potentially be confirmation bias.