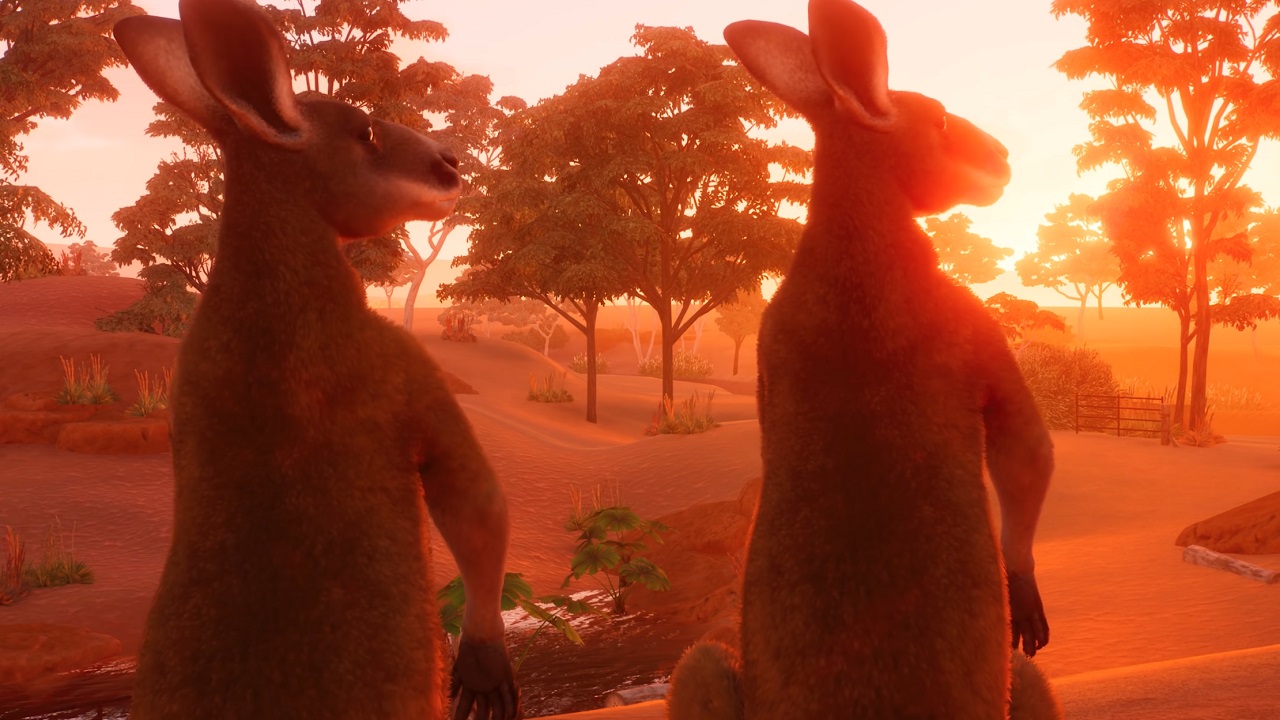 Planet Zoo is about to get an outback assortment of new animals and decorations in its upcoming content pack and update. The Australia Pack has been announced with a slew of animals from the country and new decorations and foliage to drive home the feels your new kangaroos and koalas should be accustomed to.

Frontier Developments announced the Australia Pack for Planet Zoo on the game’s website and YouTube channel on August 20, 2020. The latest of several regional additions to Planet Zoo, the Australia Pack is coming on August 25, 2020, the following week, and with it comes a collection of animals and scenery related to the region. Red kangaroos, koalas, dingoes, cassowaries, and blue-tounged lizards will be in your care should you invite them to your park. Just as well, new props, foliage, and buildings related to the Australian outback collection of goods are also coming in the pack. It will all be available as paid DLC for $10. Check out the trailer below to catch a sneak peek of the goods the Planet Zoo Australia Pack is bringing.

The Australia Pack is the latest DLC to bring an all-new region and its goods to Planet Zoo. Previously, we’ve seen the likes of South America represented with the addition of jaguars, llamas, and anteaters to name a few. Before that, the Arctic saw some love with the addition of polar bears, arctic wolves, reindeer, and dall sheep, as well as a ton of Arctic scenery and interactions from various other creatures to the snowy goods. As Planet Zoo continues to grow its menagerie of animals for players to engage with, so too comes the extensive ways in which players can design their dream animal park.

With Planet Zoo’s Australia Pack coming in shortly on August 25, stay tuned for a free update to the game as well that will bring features such as genetics-driven animal color variations, the ability to multi-select members of staff for more streamlined management, new foliage and enrichment items, and a range of additional bug fixes and quality of life improvements to the game.