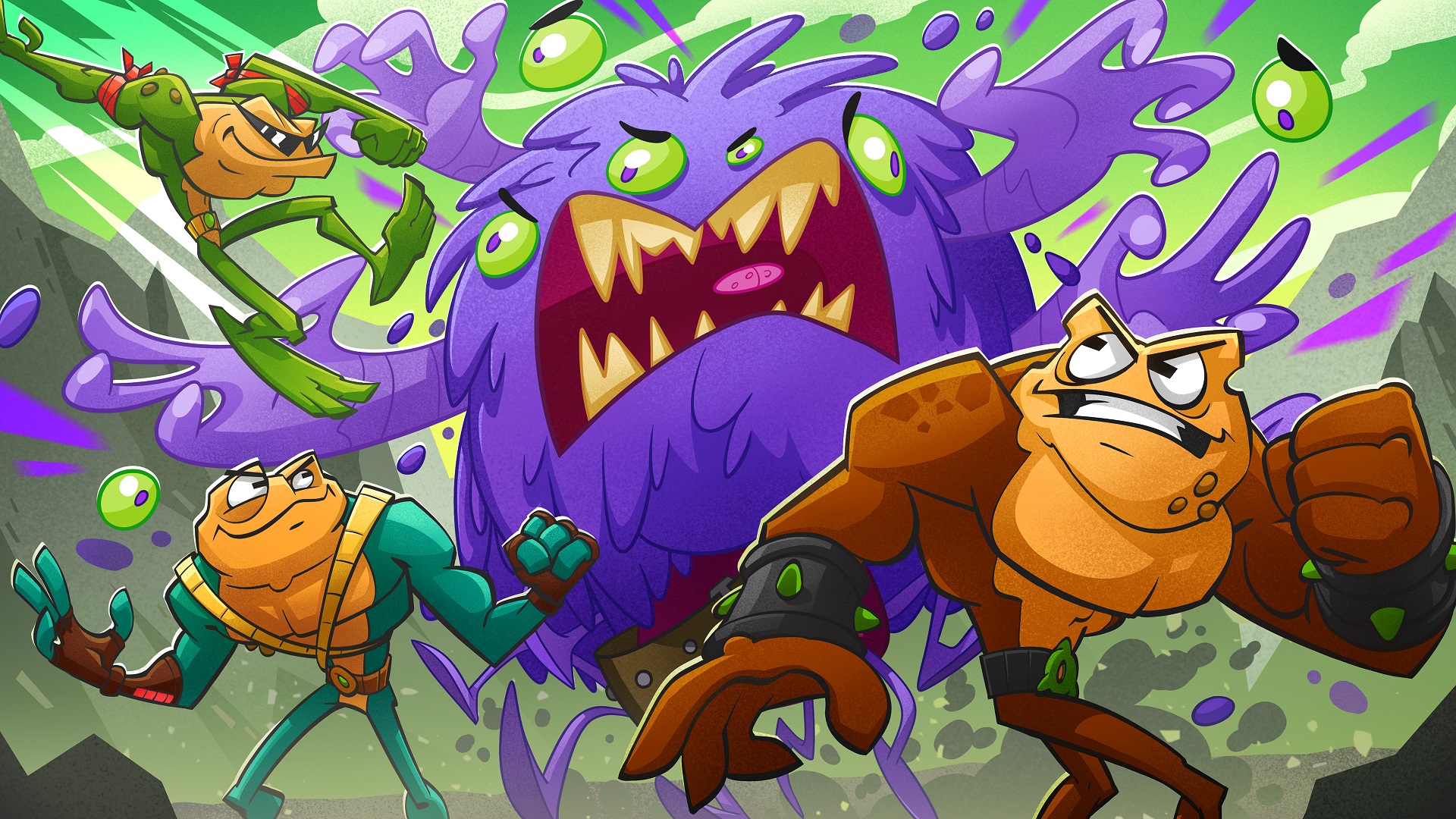 The Battletoads have returned after a 26-year absence and they're much more vocal than they were last time anybody saw them. This time, they have a cast of talented voice actors ready to bring them to life, many of them spanning the TV, film, and video game world.

The leader of the Battletoads is being voiced by Ryan Ridley. He's voiced several minor characters on Rick & Morty, though he's also known for being one of the show's writers. He also has some other minor voice roles in shows like Community, The Sarah Silverman Program, and the new Star Trek: Lower Decks animated show.

The big, friendly Pimple is voiced by Echo Kellum, whom you might also recognize from several minor voice roles on Rick & Morty. However, Kellum is more widely-recognized for his role as Curtis Holt (a.k.a. Mr. Terrific) on The CW's Arrow, where he was Team Arrow's technological wizard and also a superhero in his own right. If you have kids, they might know Kellum more for his work on Elena of Avalor, where he voices King Joaquin.

Kellum's gaming credits include Trover Saves the Universe, where he was Bathtub Jim. He also worked on Accounting+, where he was the Little Public Defender.

In terms of voice acting, Eric Bauza is the one with the most extensive resume. In fact, he's quite famous in this world, having worked in the field for over 25 years. As of right now, he's the voice for Looney Tunes' Daffy Duck, Bugs Bunny, and Marvin the Martian; Rise of the Teenage Mutant Ninja Turtles' Splinter; the 2012 Teenage Mutant Ninja Turtles' Tiger Claw; Fozzie Bear on the new Muppet Babies series; Luke Skywalker on various LEGO Star Wars projects; all three Beagle Boys on the new DuckTales series; and the current voice of Woody Woodpecker. And that's just to name a few.

As one might imagine, Bauza's worked in video games, as well. His credits include World of Warcraft, LEGO DC Super-Villains, Ratchet & Clank, and DuckTales Remastered, just to name a few examples.

Irish actress Siobhan Hewlett takes on the role of the Dark Queen for this new Battletoads game. She's made appearances in Sherlock, Henry VIII: Mind of a Tyrant, and the made-for-TV Canterbury Tales. While her TV roles may not be as recognizable as some of her contemporaries on this list, she has worked in quite a few video games. Her video game credits include Final Fantasy 14: Heavensward, Dragon Age Inquisition, The Witcher 3: Wild Hunt's Hearts of Stone DLC, and the Mass Effect 3 Citadel DLC.

Be sure to listen for all four of these voices in the new Battletoads from Xbox, Rare, and Dlala Studios. Battletoads is available Thursday, August 20 on PC and Xbox One. Be sure to monitor our Battletoads page for more coverage.

How to get Mod Components - Destiny 2