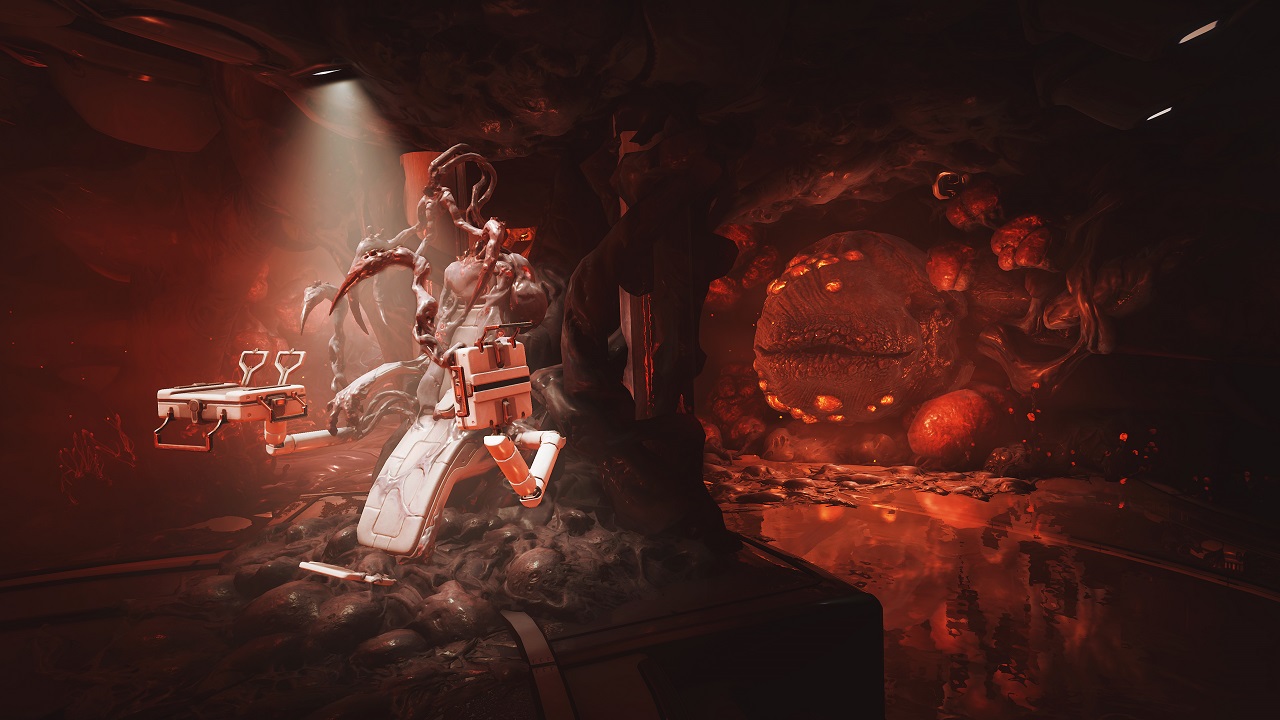 Warframe is set to get a lot bigger when the Heart of Deimos update arrives later this month. One of the biggest new additions to the game, though, is the Helminth, an infested entity aboard your ship that will allow you to sacrifice your Warframes to unlock certain abilities that you can then fuse into other Warframes.

This is the first time a feature like this has appeared in Digital Extremes’ massive space ninja adventure, and it’s one that many fans are going to fall in love with. Basically, players will be able to feed their Warframes (with a few exclusions) to the Helminth in order to unlock access to specific abilities that they can then transfer into any ability slot on another Warframe. This is one of the largest new features you'll se added with the Heart of Deimos update.

For example, users could take Volt’s Shock ability and extract it from the iconic Warframe by feeding it to the Helminth. Then, they could take any other Warframe – like Excalibur or Mag – and replace one of the default abilities with Shock, allowing players to really customize how they want to set up their frame for combat.

There are, of course, some limitations to note here. You cannot feed Prime Warframes to the Helminth and any Warframes that you sacrifice to the Helminth will be completely removed from your inventory. You also only need to feed a Warframe to the Helminth once to unlock that ability forever. Finally, the other big limitation is that you can only have one new ability installed on a Warframe at a time – however you can set up the new ability on up to three different configurations for that particular Warframe.

By that I mean, you could take the Shock ability that we pulled from Volt earlier and then place it in Configuration A for Mag. This would only remove a default ability on that Configuration. Of course, this will all make a bit more sense once players unlock access to the Helminth and start messing around with it themselves.

Heart of Deimos is looking to be quite a leap forward for Warframe. Make sure you keep your eyes on our Warframe topic for even more breaking news from TennoCon 2020.