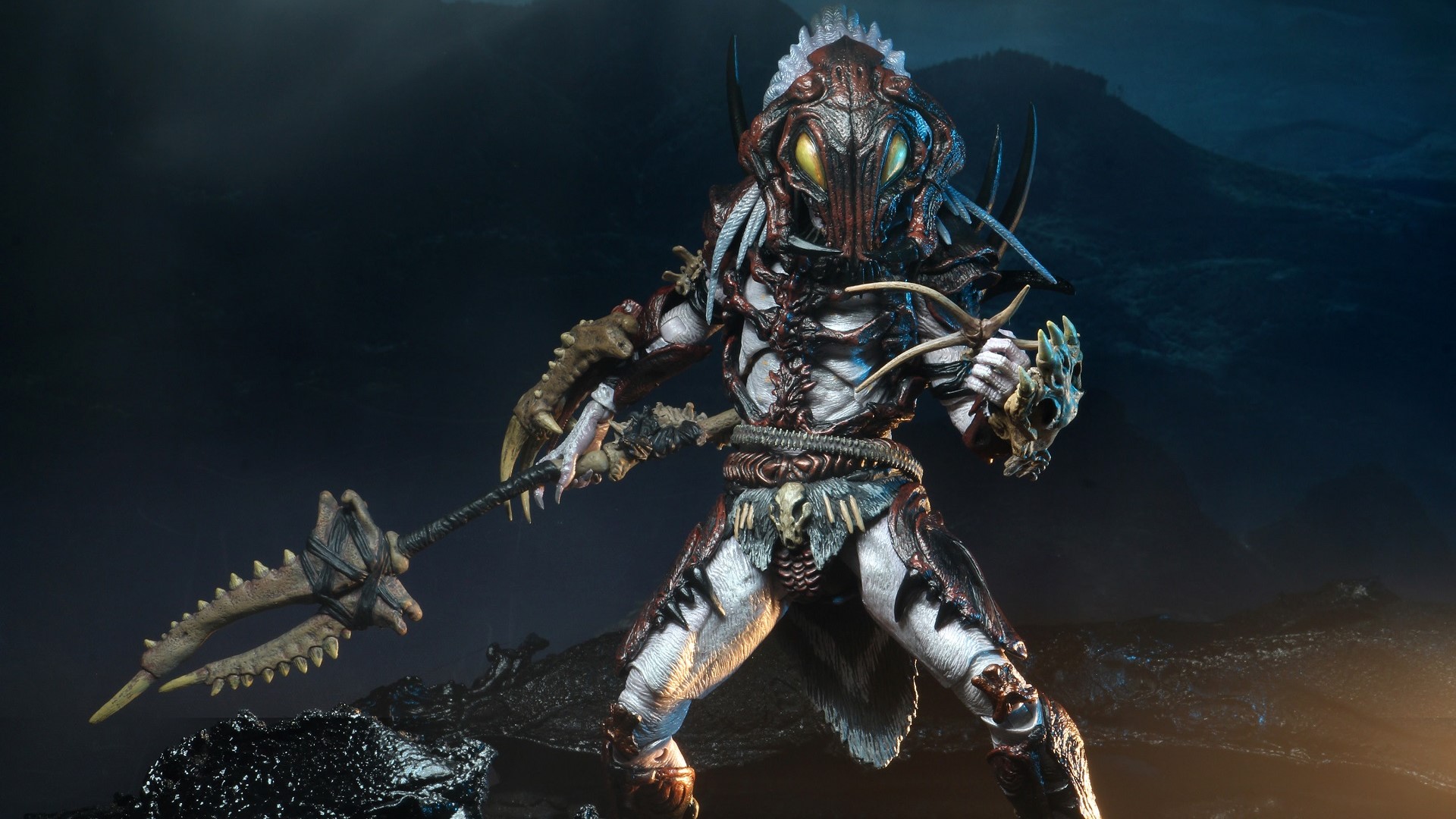 Predator: Hunting Grounds will get Alpha Predator DLC this summer

Classic franchises like Predator are all about playing the hits. That's been one of the driving forces behind the recently-released Predator: Hunting Grounds. But developer IllFonic would also like to introduce some new hotness to its man-vs-Predator multiplayer romp. On Wednesday, it was the National Entertainment Collectibles Association (NECA) who came with good news for Predator players, as they announced that the Alpha Predator that they've been hard at work designing is about to become a playable class in Predator: Hunting Grounds.

As many fans may know, the Jungle Hunter Predator that was seen in the film was not the original design. Initially, the Predator was thought of as a large insectoid creature, with none other than Jean-Claude Van Damme inside the suit. However, while filming director John McTiernan realized the design wasn't working. It was too clunky, and was not as mobile as was needed to film the action scenes. Ultimately, Stan Winston was tapped to design the new creature, giving us the iconic Yautja design scene in the film.

To pay homage to this lost legacy, NECA has brought this original design into their story canon as the Amengi, a race of creatures that enslaved the much smaller, and weaker ancestors to the Yautja. After generations of evolution, and being bred to fight in gladiatorial style games, the Yautja were born. The largest, and strongest of the fighters had led an uprising, killing off the Amengi, and freeing his race from their enslavement. This new leader was known as the first hunter, and became the alpha Predator, wearing the near impenetrable skin of the Amengi (aka the unused Predator design), as his armor and mask.

"We have been working closely with the great team at IllFonic," NECA Director of Product Development Randy Falk said via press release. "When the opportunity presented itself to allow for the inclusion of Alpha Predator into the game we jumped at the chance. It's so gratifying to see our original action figure design come to life as a playable character in the game. The whole NECA studio was elated to see the character model and we cannot wait to play as Alpha this Summer."