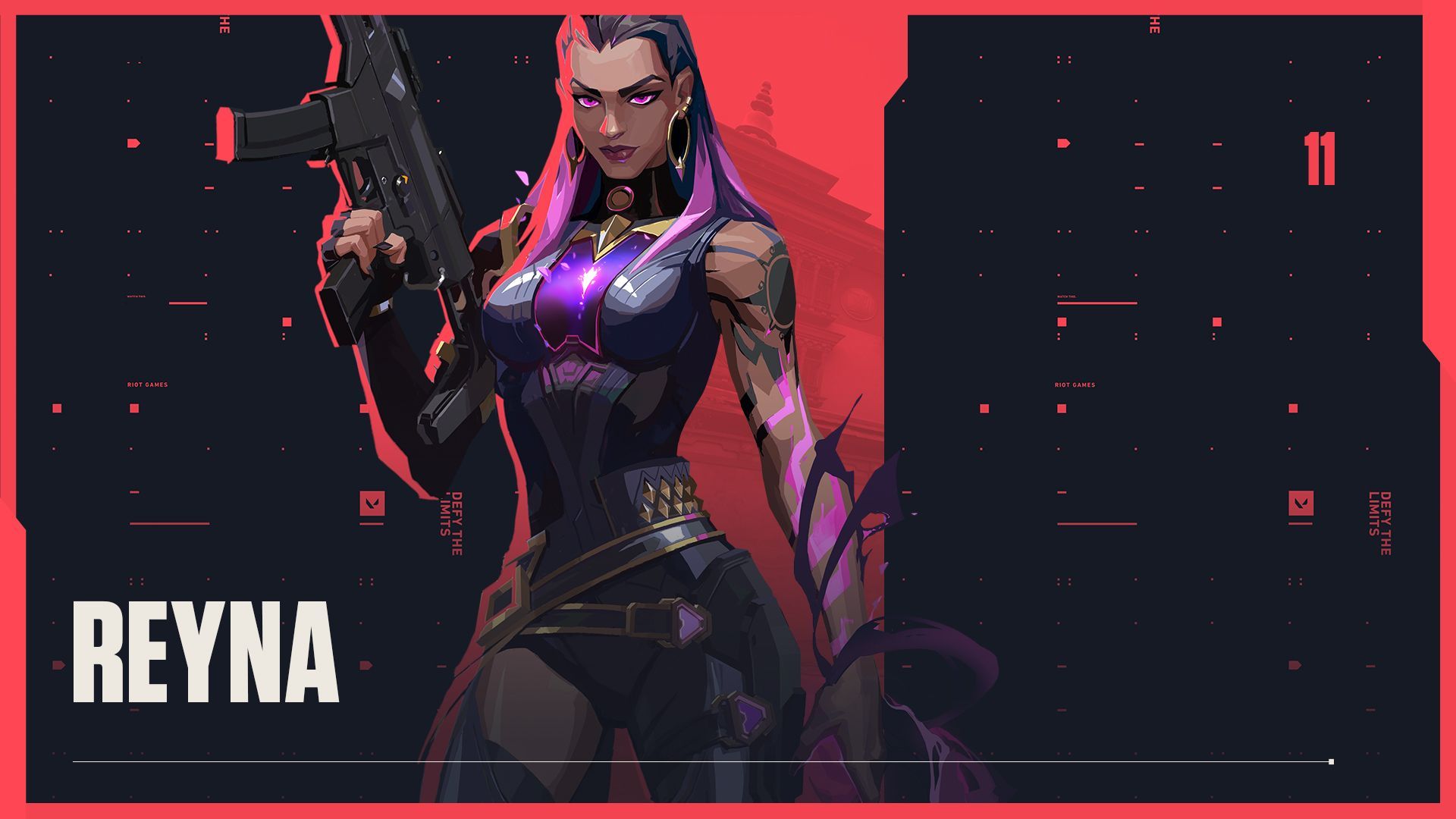 Reyna will be Valorant's next agent

After a lengthy closed-beta, Valorant is ready to hit full release. Riot games’ competitive FPS features 10 playable agents. Each having their own unique abilities and characteristics that influence gameplay. With the beta coming to a close, Riot stated they had plans to add a new agent to the game for launch day. The developer took to social media to share the official details for Reyna, the newest agent.

When Riot Games took to the Summer Game Fest stream to announce the end of the Valorant closed-beta and the June 2 release date, they also announced plans to add an eleventh character to the fray for launch. The official Twitter account for Valorant Brazil posted a gameplay trailer in celebration of release, where we get our first look at Reyna. The character was later showcased on the primary Valorant page.

Deriving from Mexico, Reyna adds a unique playstyle to the highly strategic gameplay meta. Riot has yet to release the official details of Reyna’s traits and abilities, but we can get a good idea from her announcement trailer. In the video, we see Reyna kill an enemy, and then briefly turn invisible. Moments later, she kills another adversary and quickly begins to regenerate health. It seems as though after getting a kill, Reyna will have a small window of time to either cloak herself and flee, or regain some lost health. Towards the end of the footage, we can see that Reyna’s ultimate is called “empress”, but we don’t get to see it in action.

Reyna will be the eleventh agent in Valorant, but she surely won’t be the last. Riot Games has already revealed plans for another major content drop later in the summer, which could potentially include another agent. With the closed-beta in the rearview mirror, players are anxiously awaiting Valorant’s full release on June 2.