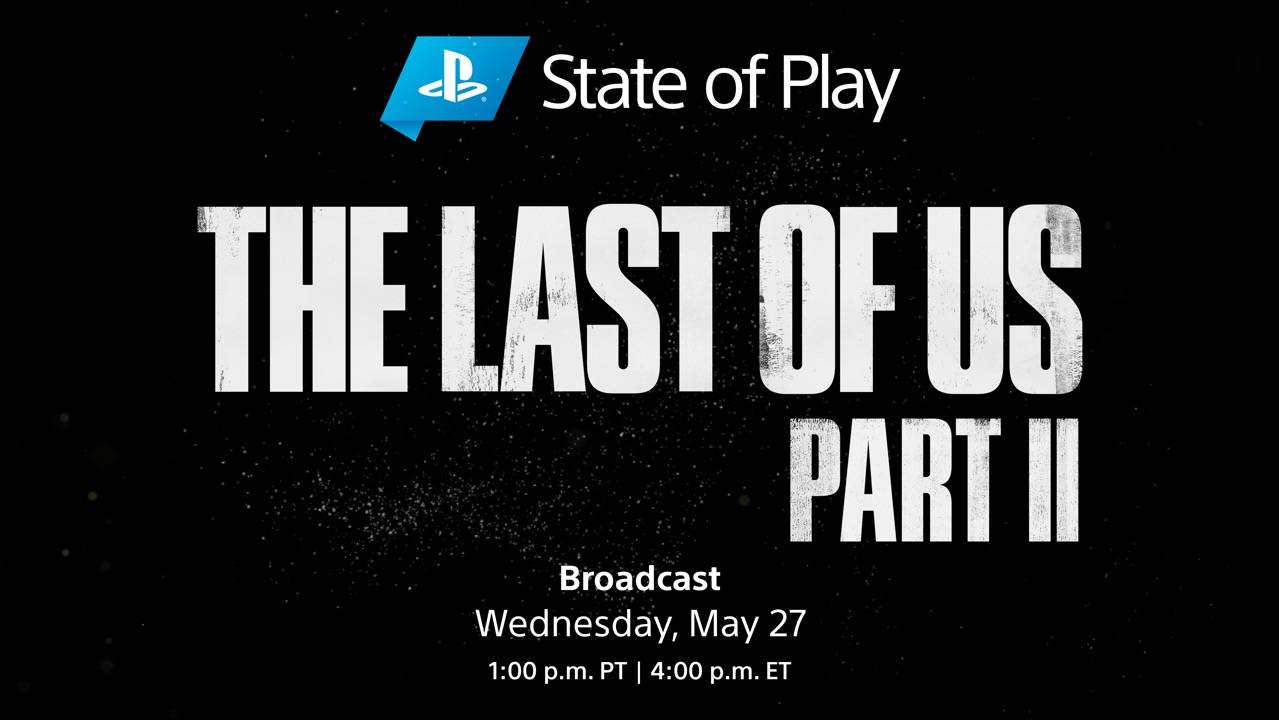 This generation of consoles may be coming to a close, but Sony still has some aces up their sleeve as things wind down. Ghost of Tsushima and The Last of Us Part 2 highlight some of the major releases left this year. Sony has announced that there will be a State of Play on May 27, where fans can learn new details and get an in-depth look at gameplay.

The State of Play, which PlayStation announced via social media, will take place on wednesday, May 27 at 1 p.m. PT, 4 p.m. ET. More information is listed on PlayStation’s website. Neil Druckman, Vice President of Naughty Dog and Director on The Last of Us Part 2 will preview the new details to players during the stream. Naughty Dog has played the key story components of The Last of Us 2 close to the vest, so we’re expecting to learn more about the game’s narrative during this State of Play.

State of Play’s next episode is dedicated to The Last of Us Part II: https://t.co/tb7W3Mq4OS

Tune in Wednesday at 1pm Pacific time for a deep dive and a new gameplay sequence pic.twitter.com/U9MeRec54e

According to Sony, the State of Play for The Last of Us 2 will run for roughly 20 minutes. We expect that it’s during this beginning part that we’ll learn more about the characters, story, and current state of the universe. The end of the stream will be capped out with about eight minutes of new gameplay.

With new consoles on the horizon, fans have been hungry for any details they can get on the Xbox Series X and PS5. Sony tempers expectations in this blog post, stating “And no, there won’t be any PS5 news or updates in this episode, just a deep dive into the world of The Last of Us Part II.” PlayStations last State of Play centered around the upcoming Ghost of Tsushima. Come back tomorrow where we’ll have a breakdown of all the new details on The Last of Us Part 2 revealed during the stream. The Last of Us Part 2 is set to release on June 19.