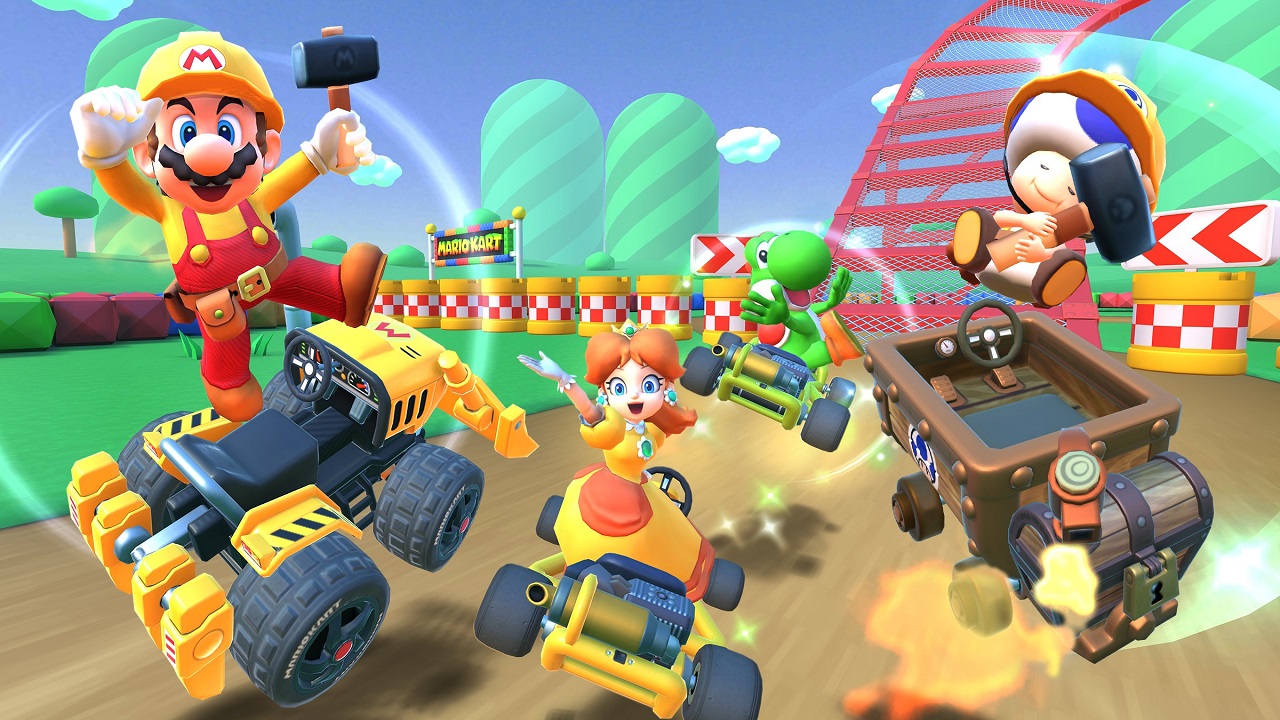 Mario Kart Tour is about to get a lot more cooperative with its latest content additions. Nintendo has added Team Races to Mario Kart Tour Update 2.1.0, allowing you and another player to engage in co-op play in competitive races against with up to four teams. We’ve got the patch notes for the latest update here.

Nintendo announced Update 2.1.0 for Mario Kart Tour on the game’s Twitter on May 14, 2020. The major headline of the patch notes is the new addition of Team Races. Team Races allow you to grab a friend and go co-op against three other teams on your favorite tracks. You don’t have to worry about friendly fire on things like red shells with your co-op teammate, so the goal is for both of you to help eachother out and place as high as possible in each race. In addition, multiplayer room codes are now available for you to gather friends and foes in one place with relative ease. These features are available now in the latest update alongside the new Flower Tour featuring Monty Mole and Daisy, which launched last week.

You can check out the entirety of the patch notes the latest version of Mario Kart Tour just below.

With Team Races offering a new way to play multiplayer and room codes making it way easier to set up games with your friends, Mario Kart Tour’s Update 2.1.0 is looking like one that’s going be way better for those looking to play with other players.