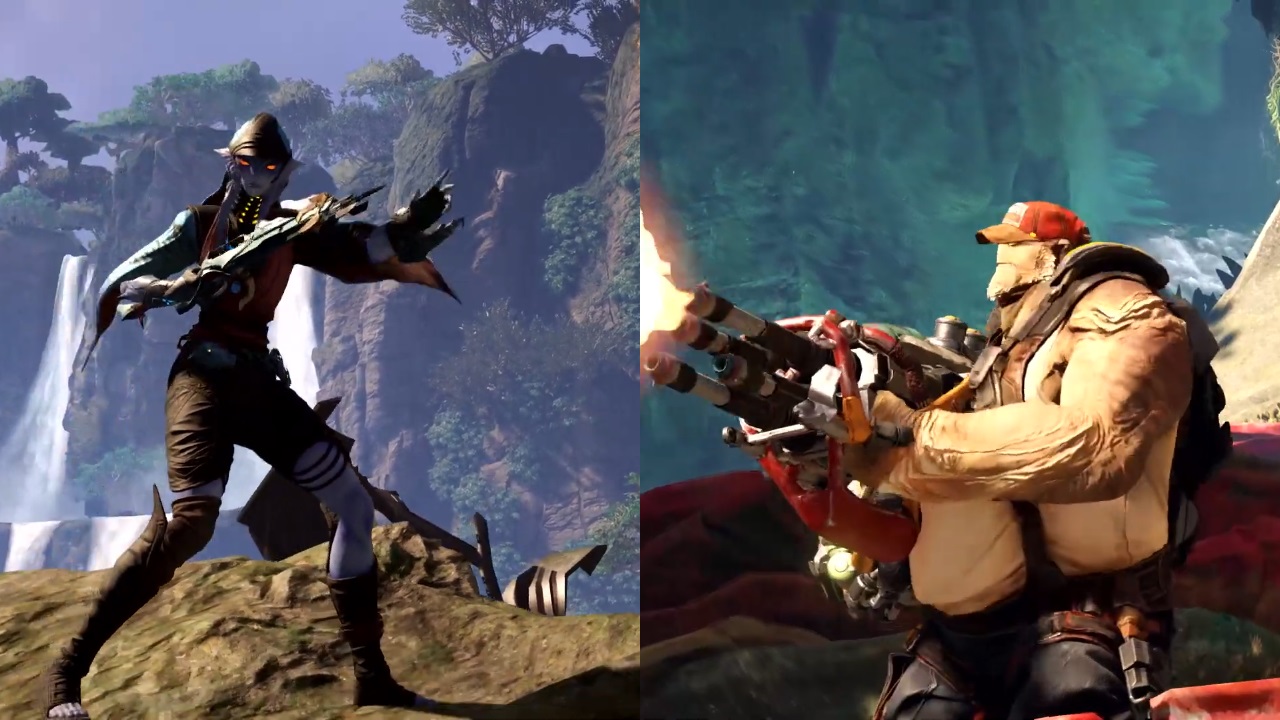 Amazon’s Crucible is shaping up to be a very interesting offering to competitive PvP when it launches on May 20 and a huge part of that is in its myriad of playable characters. Putting them front and center, Amazon Games and Relentless Studios just launched the first of several Crucible Hunter Spotlights showcasing the character’s you’ll be able to play as. These first two feature the tanky gatling trucker Earl and the illusive harpoon sniper Ajonah.

Amazon Games and Relentless Studios launched the Earl and Ajonah Crucible Hunter Spotlights on the Crucible YouTube channel on May 7, 2020. Both videos give player a look at each character’s kit, as well as what they can do when all their abilities are put together. As a large tank, Earl is built towards getting the attention of foes, laying down a hail of bullets, and getting out of the situation if it gets too hairy in a hurry. He has a gatling gun that can be powered up briefly and features a jet booster on the back that can displace enemies and move him across the battlefield quickly.

Ajonah on the other hand is the resident sniper of the Crucible roster. This marine fighter features a harpoon gun meant to pick off foes in a few well-placed shots. When her team needs some cover, Ajonah can also deploy a jammer field that obscures targeting of them within its reach. Ajonah isn’t an upfront combatant, so her homing minds and grapple hook are made to keep her flanks safe or trap her foes while her grapple hook can quickly swing her out of harm’s way.

Both Earl and Ajonah are just a couple of a full cast of characters players will be able to play in multiple game modes when Crucible launches on PC on May 20, 2020. Be sure to check out the game on Steam and stay tuned as we await Hunter Spotlights on further Crucible characters.