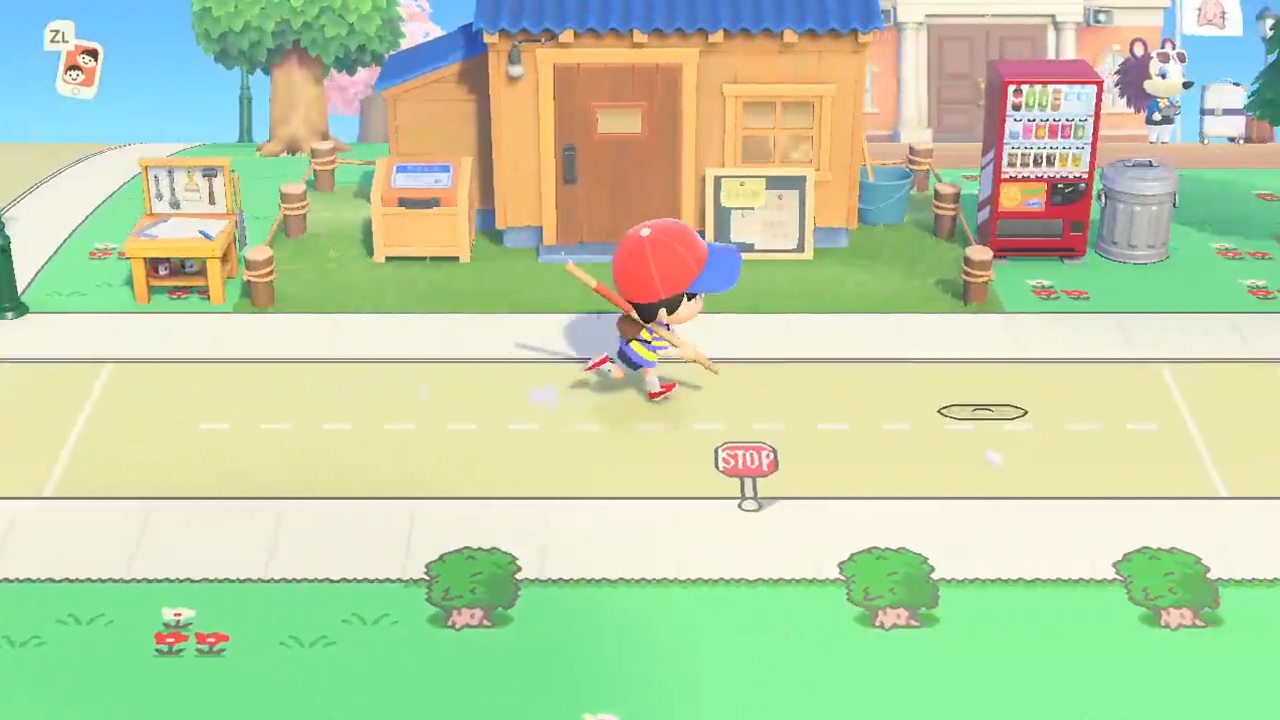 How ecstatic would Nintendo fans be if an Earthbound or, knock on wood, Mother 3 remaster or port on Nintendo Switch came to be? One can surely dream, but if dreaming isn’t enough, we can also play around with the tools Nintendo gives us in other games. Such is the case of one player who took their Animal Crossing: New Horizons island and transformed it into the first town in Earthbound, with a few artistic liberties, of course.

Twitter user koumepo posted an interesting look at their Animal Crossing: New Horizons island on April 6, 2020. As you can see from the video embedded below, koumepo has a love of Earthbound that crossed over into the terraforming and artistic tools of Animal Crossing: New Horizons. They created an entire village of buildings, streets, lawns, and other landmarks based upon opening Earthbound town, Onett. It’s a lush and cheerful scene to be sure, though it also features a few little extras from the likes of the Earthbound-inspired Undertale.

Koumepo’s design is fun to say the least. Though it’s a bit flat due to the artistic limitations of Animal Crossing: New Horizons, it’s still a rather charming look at what Earthbound might look like in a game as modern as New Horizons. It doesn’t quite fill the void. We’d certainly love to see Earthbound or Mother 3 make a return someday soon, as we conveyed in our most wanted Nintendo Switch 2020 list. Even so, passionate projects like this, not to mention things like the fan-made “Mother 4” game Oddity, certainly keep the spirit and desire for the return of the series alive and well.

What kind of cool projects have you made or seen in Animal Crossing: New Horizons? Share your creativity or favorite creations in the Shacknews Chatty comment section below!