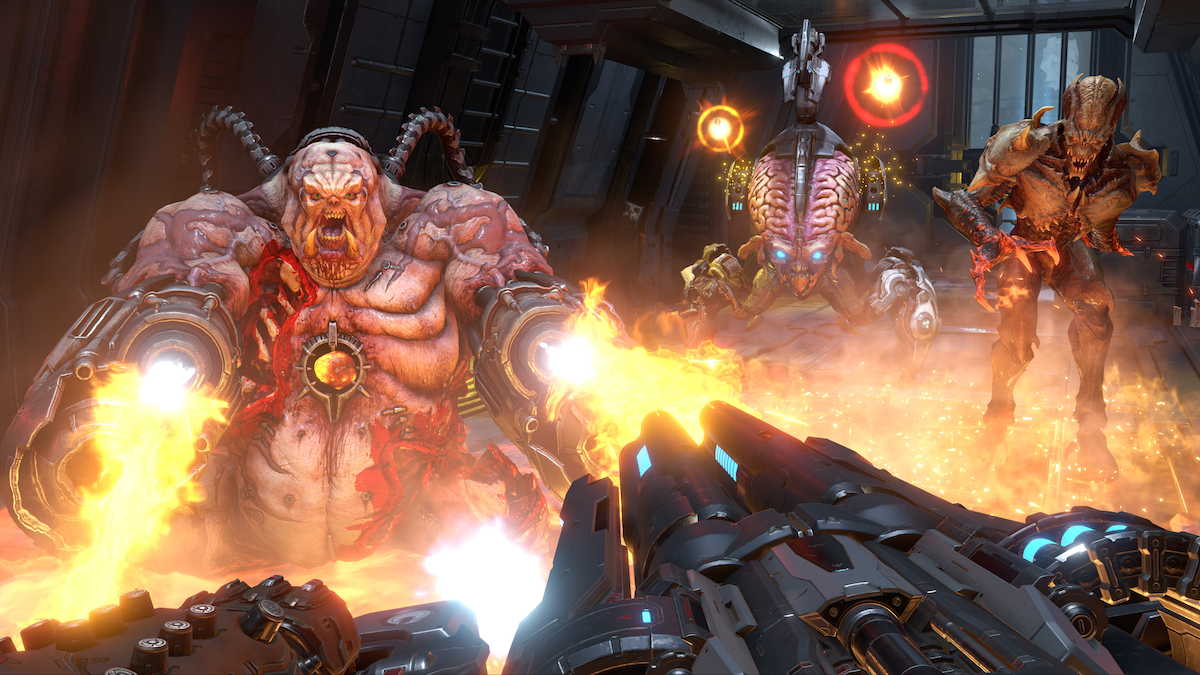 Doom Eternal is blowing minds and breaking records. That's exactly what you'd expect from the best shooter of 2020 so far though, right?

Bethesda announced that id Software's Doom Eternal has broken the series franchise record for opening weekend sales, doubling the launch totals of Doom 2016. It also managed to take the best-selling game spot on Steam during release week, where it managed to amass over 100,000 concurrent players at the time.

The game initially launched on March 20 across a litany of systems, and it features some of the goriest gameplay from the series yet. You once again jump into the shoes of the Doom slayer as you rip and tear until it is done over and over again. And you should know that your job as a Doom slayer is never actually done.

Our own Josh Hawkins reviewed Doom Eternal and awarded it an 8 out of 10. Here's what he had to say.

"While Doom Eternal does a good job of building off of 2016’s success, the game isn’t without its missteps. The lack of any form of deathmatch feels weird – especially when you consider the part that the Doom series played in the birth of the game mode. The lack of any form of Battlemode access during the review process is also somewhat troubling, but we’ll have more on that particular mode after it becomes available at the game’s launch."

Are you enjoying the gratuitous violence? Ripping out cacodemons' eyes? Let us know in the comments below.

World of Warcraft: Shadowlands delayed to later this year