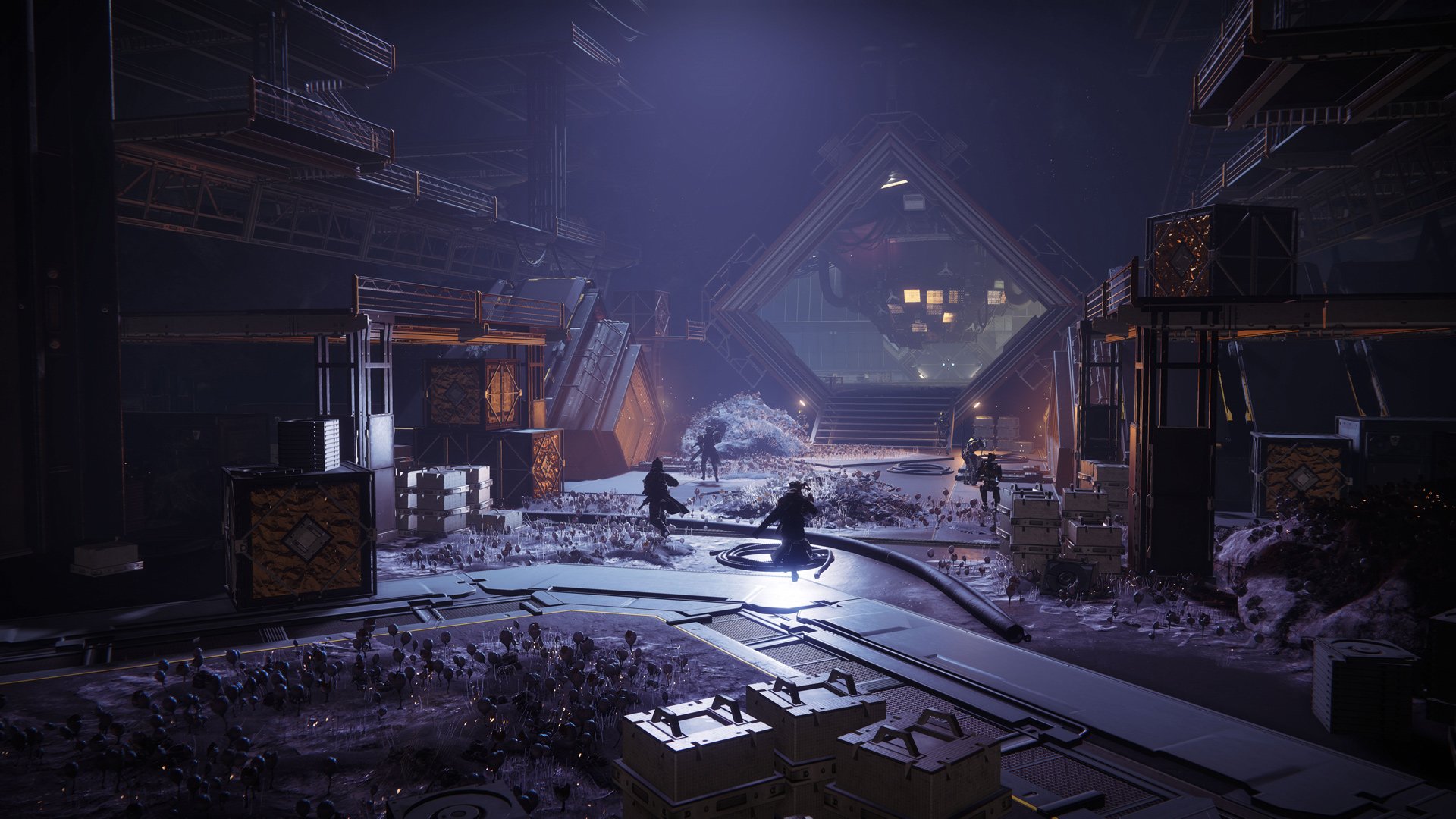 The Seraph Warsat Network quest is a simple mission designed to introduce players to the new bunkers. These bunkers offer players the chance to earn more resources, unlock cool gear, and make public events a bit easier, among other things. This quest is a bit of a grind, so expect to take some time completing it.

After clearing out Rasputin’s EDZ Seraph Bunker for the first time, players can pick up the Seraph Warsat Network from the center TV system. This quest only has a single step, though it will take a while to complete.

For this first step, Input/Output, players must acquire chipsets by purchasing Seraph Bunker upgrades. These chipsets must then be spent on leveling up the Rasputin Integration Level to Level 1. Doing this will reward a vendor engram – much like every other planetary vendor in the game. Once this is done, the quest will complete and you can claim your reward.

For your troubles, you will receive the following items:

While it might seem to be a simple quest – and it is – it is actually rather lengthy. In order to get chipsets, you must first unlock upgrades. In order to get said Seraph Bunker upgrades, you will need to get a lot of Warmind Bits. Thankfully, we have a fantastic guide on how to get Warmind Bits, which covers some of the best farming methods.

With your bits in hand, return to the Seraph Bunker and start purchasing upgrades. Make sure to always purchase the Cost Reduction upgrade, as it will make other upgrades cheaper. After purchasing an upgrade, you will get 1 chipset for the Rank 1 upgrades, 2 for the Rank 2, and 4 for the Rank 3 upgrades.

It takes roughly 7 chipsets to upgrade the Rasputin Integration Level, so you will need to unlock quite a few upgrades before the Seraph Warsat Network quest completes. But with that out of the way, you can focus on upgrading the bunkers to acquire new and powerful Seraph weapons! Take a look at the Destiny 2 complete strategy guide for more Season of the Worthy quests and tips.