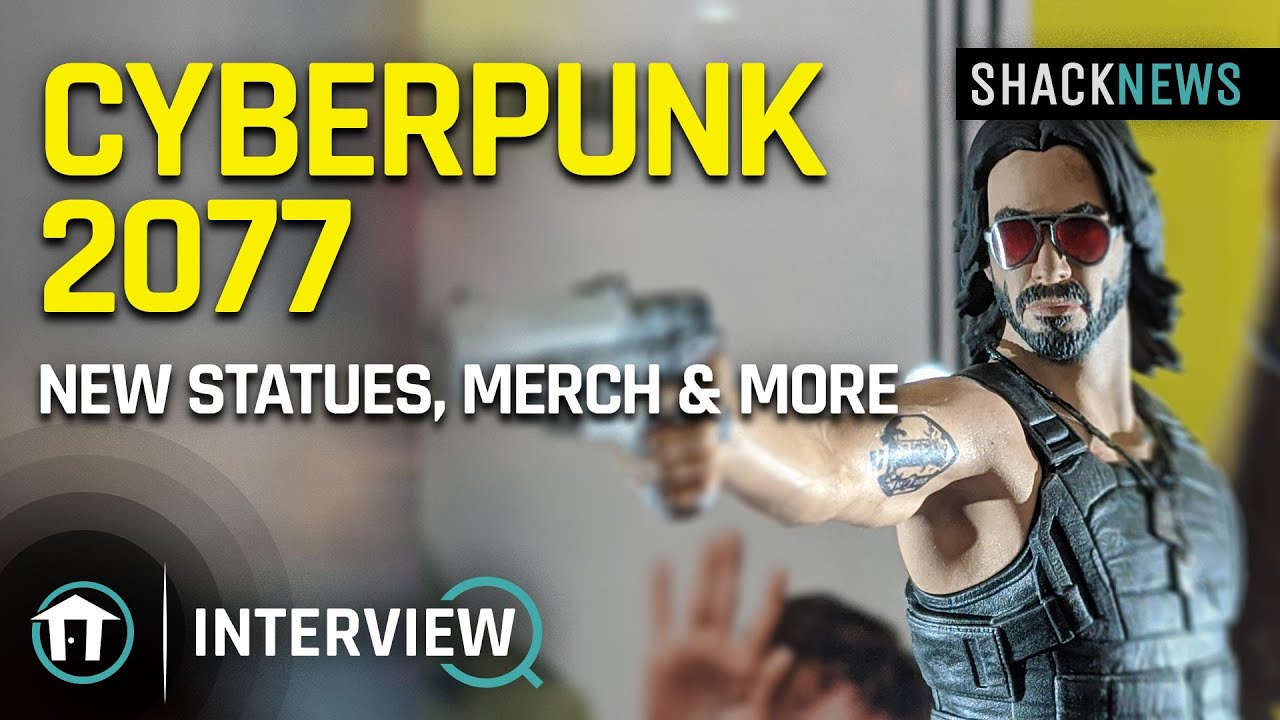 Everybody is excited to see more Cyberpunk 2077, and you’d better believe there’s merch on the way. In fact, some of it is available now thanks to Dark Horse Comics. We caught up to John Rude of Dark Horse, who showed us what the crew is bringing to Cyberpunk 2077 fans’ toy shelves, key rings, and fridges.

The highlight of the showcase was the series of Cyberpunk character statues Dark Horse is getting ready to offer. On display at Toy Fair 2020 was V (the default male version of the protagonist of Cyberpunk 2077), Johnny Silverhand, and a freshly minted and unpainted Jackie Welles. According to Rude, V and Silverhand are expected to be available through Dark Horse and retailers in August 2020 hopefully, and by the launch date of Cyberpunk 2077 in September 2020 at the latest. Jackie is expected to launch after Cyberpunk 2077 comes out, but that’s not all. Rude confirmed that a fourth unannounced character statue will be joining Jackie in post-launch availability.

Slick as the statues are, that wasn’t the only Cyberpunk 2077 merch we got to see. Rude showed off some Cyberpunk 2077 goodies that available right now on the Dark Horse Comics merch store, including patches, pins, keychains, and coaster sets featuring some of the iconic elements of Cyberpunk 2077. In particular, Johnny Silverhand, Samurai, and Night City emblems were on display. If you want to start sprucing up your home with Cyberpunk 2077, many of these later offerings in the video are available now.

Want to see more videos? Don’t forget to subscribe to the Shacknews and GamerHubTV YouTube channels for more exclusive interviews and videos as well.

Cyberpunk 2077 copies spotted in the wild, watch out for spoilers

Cyberpunk 2077 soundtrack to feature tracks from Grimes, RTJ, and more