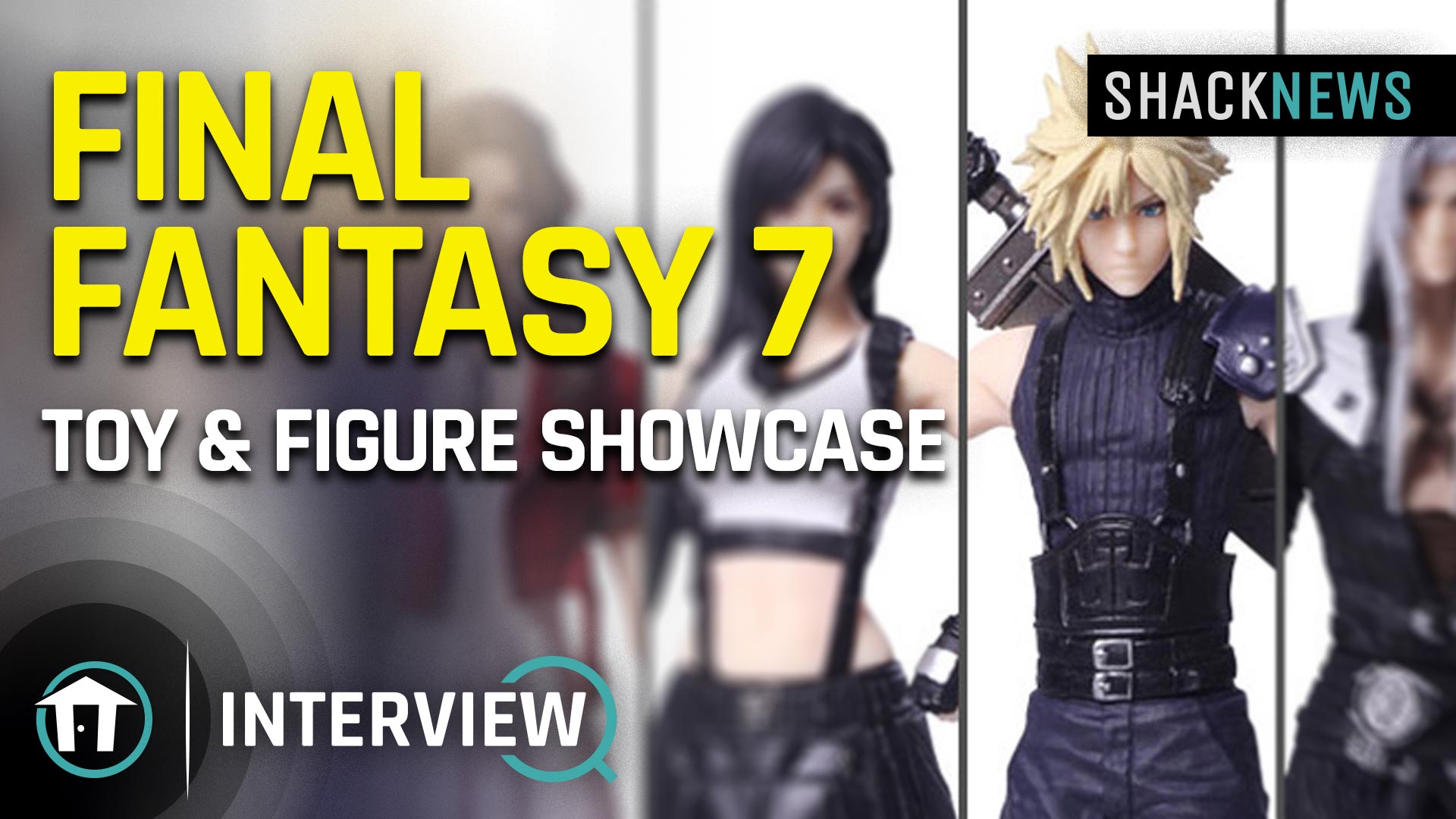 Each year, the world’s biggest collectible toy and figure vendors descend on New York City to show off their newest and upcoming products to the public at the New York Toy Fair. This year’s edition of the show was held at the Jacob K. Javits center on February 22-25, 2020. Fans of pop culture and video game collectibles can traverse the exhibit areas for a first look at the hottest figures and get a chance to speak with the biggest players in the industry.

When it comes to video game memorabilia, Square Enix has few rivals. The company was on-hand at the New York Toy Fair showing off its wide array of new merchandise. The Shacknews street team was live on the show floor this year and got to speak with the company and get a look at a variety of Final Fantasy 7 figures and toys. With the upcoming Final Fantasy 7 Remake release looming near, the demand for these items is sure to be at an all-time high.

Taking center stage among the various Final Fantasy 7 collectibles were the new additions to Square Enix’s BRING ARTS lineup. Both Cloud Strife and Sephiroth figures are shown in the video above and feature many points of articulation, swappable heads, and more. These figures are available directly from Square Enix with prices starting at $89.99.

Square Enix also had a trio of its new Final Fantasy 7 Action Doll figures on-hand ot show off at the toy fair. These figures are plush for a soft touch, while still offering some articulation like their molded plastic counterparts. They first hit the market back in January and are also available directly from Square Enix for only $69.99.