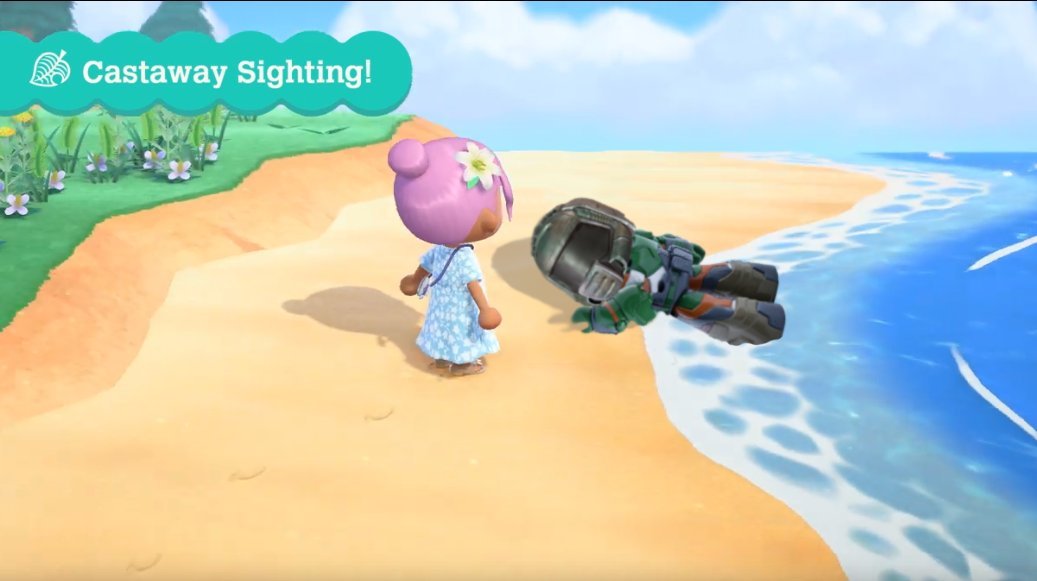 The dankest Animal Crossing and Doom crossover memes we could find

The video game gods must be crazy...like a fox.

On March 20, just a few short weeks away, we'll finally be able to welcome two hotly-anticipated games to retail: Animal Crossing: New Horizons and Doom Eternal. Somehow, two very different games are about to arrive on the same day, and the gaming world will rejoice.

Two different audiences will flock to their favorite retailer to pick up their copies of their respective games (or both!) on that day, and there's something inherently joyful about that. The Animal Crossing: New Horizons and Doom Eternal crowds are likely filled with opposing tastes and viewpoints, but excitement over your favorite new game can bring anyone together.

Hell, it can even bring the protagonists of both games together, and that's exactly what fans have been doing. Bringing everyone's favorite little dog Isabelle together with the Doom Slayer so the couple can spend time together may very well be one of the cutest video game mash-ups yet, and we've rounded up a nice selection of memes to get you in the mood for the impending mid-March Animal Crossing: New Horizons and Doom Eternal takeover.

Without further ado, let's get to the dankness.

Isabelle learning to rip and tear from our Doom Slayer is honestly peak wholesome content. And you should be afraid. Why bother with a gun when you have a Pocket Isabelle? I mean, just look at this, I can't even stand how cute it is. And the tail wag?! Oh my LORD.

Pocket Isabelle DLC for @DOOM when?

We all need a lil pocket supporter to get us through hell.

Models-
Doom Stuff by Outlaw and BlueFlyTrap.
Isabelle by Guimian

Isabelle's drunk again (probably off the Henny) and can't stop talking about ripping and tearing...

A drunk isabelle causing some Chaos!

DOOM Guy and Isabelle from #DOOM and #AnimalCrossing pic.twitter.com/ot3ajoksSa

When Doomguy wants to check out your Animal Crossing home, you oblige.

This one is a lot less gruesome. Fits the style better. #AnimalCrossingNewHorizons X #DOOM pic.twitter.com/IjI6t6W1NC

If i tweet today it’s gonna be the isabelle to my doom slayer pic.twitter.com/Ma4dRumtV6

Until it is done. This is the way.

Mao mao / animal crossing for the win ! Isabelle interacting with mao mao just like doom guy would be the best pic.twitter.com/mYY5YL5J2u

I’ve never been that into Doom, and I’ve never even played Animal Crossing.

However, after seeing all the adorable friendship art between Doom Guy and Isabelle, March 20th is starting to look like a fun time!

So did anyone else know that it was actually Isabelle under the mask?

Looks Like Isabelle Is Killing Demons In The Doom World When Everyone Is Asleep In Her World @Vannamelons I Should Have Known o: pic.twitter.com/mhpcCEMRu2

She really did save up all of her bells. How adorable!

You heard the man.

She really did save up all of her bells. How adorable!

This is such a cool flex. You can't deny it.

Which game will you be picking up when the time comes?

So naming my Animal Crossing island has come down to 2 names, Mobius, and Angel Island both Sanic references.

I'm so gonna try and unlock a motorcycle helmet and make Doom Guy with the Able Sisters help.

Really looking forward to both Doom and AC pic.twitter.com/Rre6phXoVO

Being honest, we'd totally play this.

This is a fusion we can get behind.