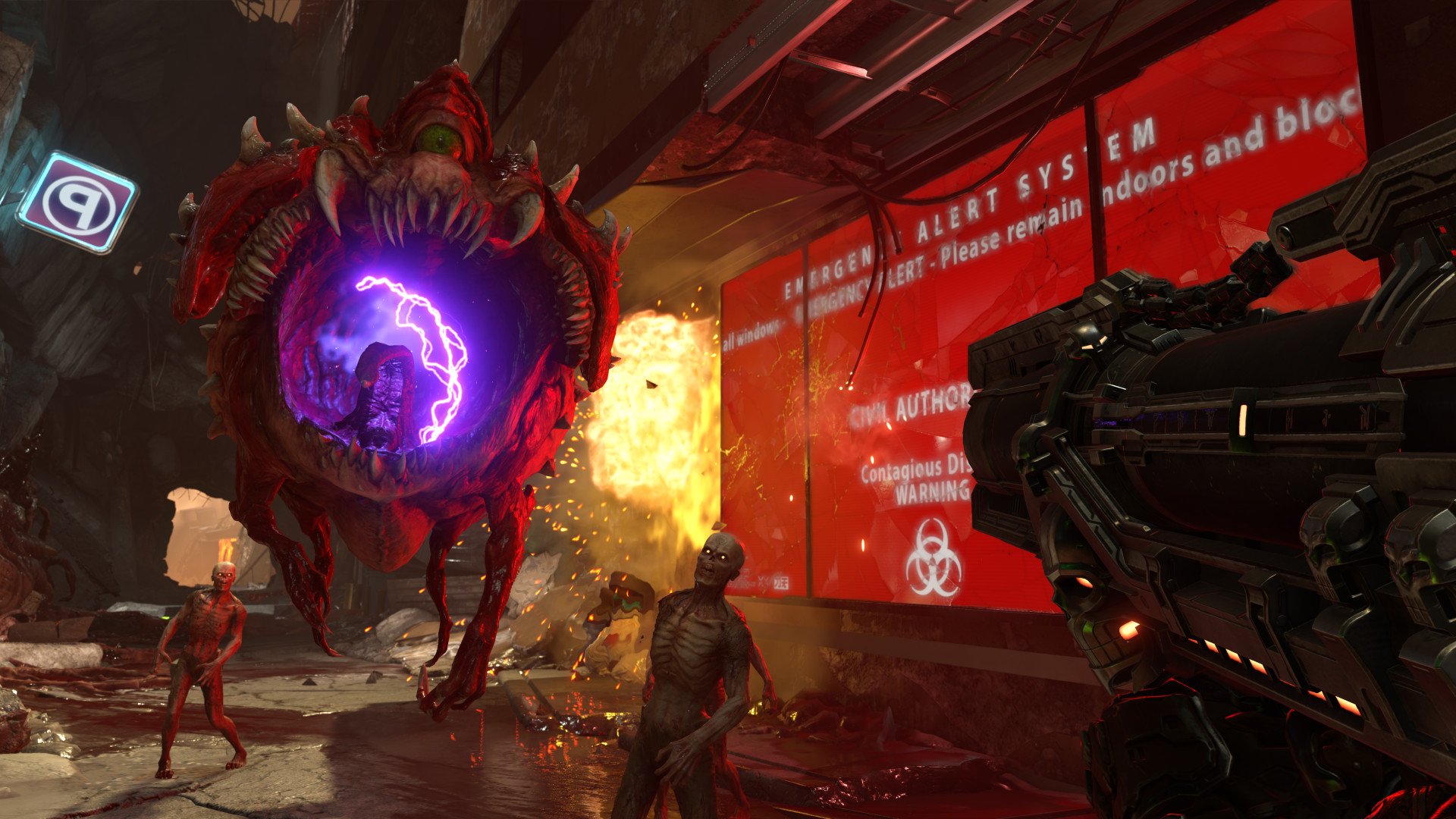 Everything we know about Doom Eternal

Doom Eternal is set to rip and tear through our lives on March 20, 2020. Despite the release date being so close, there is still a lot that players don’t know about the upcoming FPS. That being said, we’ve put together a full list of what we do know about Doom Eternal right here.

Everything we know about Doom Eternal

Fans have a lot of questions about Doom Eternal. Unfortunately, we don’t have answers to all the questions just yet, but we’re constantly finding out more about the game thanks to trailers and social media. Without further ado, let’s dive right in.

Doom Eternal will have multiplayer

While it doesn’t appear that id Software has any plans to include any kind of multiplayer like in Doom 2016, the developers do have at least one multiplayer mode coming with Doom Eternal’s launch. Battlemode allows up to three people to join in. Basically, two players will take on the role of demons, while the third person tries to take down the demons in true Doom Slayer fashion. It looks like it’s going to be a fun mode that captures the essence of being the Doom Slayer pretty well.

Weapon upgrades are a crucial part of the Doom formula and having just replayed through Doom 2016, I’m happy to say that Doom Eternal will feature the same upgrade system. Players will be able to find upgrade module bots all around the various levels in Doom Eternal, and then they can make their favorite weapons more powerful. It’s unclear just how many upgrades will be available for each weapon just yet, but we’re hopeful we’ll see the return of the shotgun’s explosive charge rounds.

Doom Eternal will have loads of collectibles

One of the best parts of Doom 2016 was the collectibles. From Codex Entries that gave you more about the story, all the way up to nice little bobblehead toys. Doom Eternal is set to include some great collectibles as well. The most notable here are toys and vinyl records, which you’ll be able to showcase in the Fortress of Doom – Doom Slayer’s own personal man cave.

There are loads of Glory Kills

There’s nothing better than stunning a demon and then ripping it in two with your bare hands. At least, that seems to be id Software’s philosophy and players can expect to see a slew of new and improved Glory Kills when Doom Eternal launches later this month. They’ll pretty much work the same way they did in Doom 2016, so make sure you practice a bit before the game releases.

There won’t be co-op or splitscreen

Doom Eternal is still very much about fulfilling that vision of being a powerful badass ripping and tearing your way through the demon hordes. While some will be disappointed to learn, Doom Eternal won’t have any sort of co-op or splitscreen. Aside from Battlemode, and any other multiplayer that might appear down the line, Doom Eternal is meant to be a singleplayer experience.

The campaign is twice as long as Doom 2016

If you were hoping for a quick jaunt through hell, then you’ve bitten off more than you can chew. Doom 2016 took roughly 11 or so hours for the average playthrough, but Doom Eternal is set to be twice as long, weighing in at 22 hours or more – depending on how much you explore and check out. This is really nice to see that the game has been expanded even further, giving players a load of new content to work through.

While Doom 2016 took players through the installation on Mars and through Hell, Doom Eternal will have the Doom Slayer making his way down to Earth to fend off the demon hordes that have been released upon humanity. This means new locations, new enemies, and loads of new ways to kill demons in style. It’s unclear just what areas of the world we’ll get to explore but here’s hoping that at least a few of them are notable and recognizable in some way.

There’s a hub for all your stuff

The Fortress of Doom is probably one of the most interesting aspects of the game, to be honest. Unlike Doom 2016, players will be able to teleport to the Fortress of Doom, a large spaceship that the Doom Slayer uses to house all of his equipment. You can also craft different items here, as well as appreciate the collectibles you’ve managed to find and acquire throughout your playthrough. There are also additional areas you can unlock in the Fortress of Doom, so expect more info about those once we have our hands on the game.

Of course, we’re always finding out new things about Doom Eternal. As we grow closer to release, we’ll continue to update this article with any additional details we discover. For more useful info, make sure you check out our latest interview with Hugo Martin, the Creative Director on Doom Eternal.