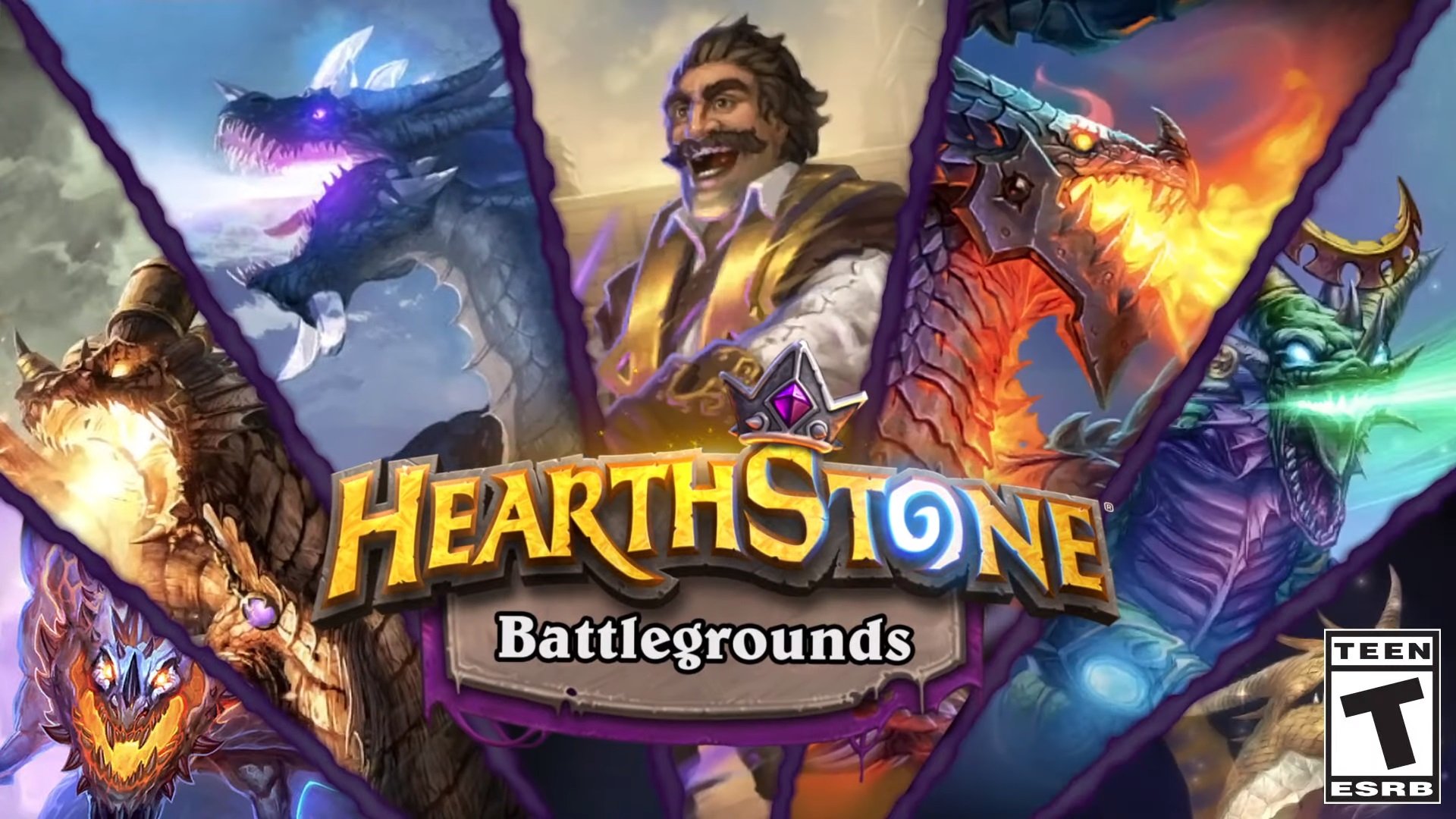 Hearthstone Battlegrounds is looking a little bit different today. Earlier today, Blizzard released a new update focused on bringing all-new content to the supplemental game mode. Joining the Murlocs, Demons, Mechs, Beasts, and non-tribal minions are Dragons. Yes, Descent of Dragons is finally introducing Dragons into the breakout Battlegrounds and they promise to change the way everyone plays this mode.

Prior to the implementation of today's 16.4 update, Shacknews had the opportunity to talk to Battlegrounds Game Designer Conor Kou. He talks about the new additions to Battlegrounds, some of the design philosophies, and what lies ahead for this breakout hit.

Shacknews: You're going all the way in with dragons for this next update! What made this the right time to introduce dragons into Battlegrounds?

Conor Kou, Game Designer for Hearthstone Battlegrounds: We've wanted to add Dragons, from day one, to Battlegrounds but there weren’t many existing Dragons in Hearthstone that we felt were the right fit. We've designed a flight of new Dragons, and what better way to cap off the year of the Dragon than adding the much anticipated (and much teased) Dragon minion type to Battlegrounds? It's also a perfect time to add one of our favorite Dragon heroes: Reno!

Kou: When playing with Dragons, you're rewarded for having a large dragonflight -- an example is Razorgore. At the end of your turn he permanently gets +1/+1 for each dragon you have. They also can fit well into Divine Shield warbands, thanks to minions like Drakonid Enforcer. He gets +2/+2 whenever a friendly minion loses Divine Shield.

Shacknews: You're experimenting with a few ideas with this new batch of minions. I'm seeing "Start of Combat" keywords, "after" effects, and even a Reborn minion. How do you determine which mechanics to bring into Battlegrounds and how do you go about experimenting with different ideas?

Kou: There are a couple factors. One of the design goals of Battlegrounds is to create interesting and different ways to think about existing Hearthstone mechanics. Not all of Hearthstone's keywords fit in Battlegrounds but we try to highlight the ones that do. Reborn is a newer keyword that we love. It has tons of design space for us to explore and is a really powerful and fun mechanic to play with.

We've also got some concepts that are unique to Battlegrounds that we like to explore making mechanics around. We have two phases in Battlegrounds, Recruit and Combat, which present us with many opportunities to try crazy new things. We had already begun to establish Start of Combat effects with Hero Powers so we decided to start exploring what we could do with minions.

Shacknews: Let's move into heroes. I see a lot of dragons, many of which experiment with different ideas like Passive Hero Powers. The Alexstrasza and Deathwing passives are interesting to see. How do you approach hero power design for new heroes?

Kou: Many of our Hero Powers came from different starting points; sometimes we have a clear need for a specific type of hero. We are adding the Dragon minion type, so we needed a hero that cares about Dragons, but more often than not we just have a silly idea we come up with while playing Battlegrounds and then spend some time iterating on it. We really liked the idea of a Hero Power that affected both players during combat. We had experimented with some designs in the past and felt like Deathwing was the right hero to try again for. We have a lot of fun trying to match designs to the heroes thematically.

Shacknews: On a similar note, you originally nerfed Infinite Toki's Hero Power to two mana because it was thought that her Hero Power offered too much of an advantage. Now, not only is her hero power back to its original state, but some of these new dragon heroes have distinctly Toki-like Hero Powers. Was there a lot of back-and-forth discussion among the team regarding whether these powers were balanced?

Kou: There's always lots of discussion about the balance of Hero Powers. We have spent a large amount of time experimenting to try and figure out exactly what the power level Hero Powers should be to make them fun to play with but not overwhelming. Toki is one that we were a little unsure about for awhile in the context of other Hero Powers. Now that Battlegrounds has had some time to breathe, we think we've managed to bring the Hero Powers closer together in power level and are more comfortable with the original power of Toki.

Shacknews: You originally wanted to introduce Reno with the other League of Explorers, but that didn't pan out. What went wrong with Reno's initial design and how did the team determine that this new version of the hero was suitable for Battlegrounds?

Kou: Our original designs for Reno just never really panned out. We didn't feel that our design portrayed the character well enough and was a little bit too forced. We needed more time to come up with something that made more sense and was exciting. I think we really landed on a fun design! People in the office love playing him and we've had numerous crazy stories from people who've played him.

Shacknews: There are frequent minion adjustments with Battlegrounds, almost one or two a month. How important is it to the team to make sure Battlegrounds is frequently balanced?

Kou: It's super important to us. Battlegrounds has a pretty small number of unique minions to play with, and while there are tons of experiences to have with those minions, sometimes it's nice to shake things up a little to keep it fresh. The seemingly subtle changes have large implications on the whole game. We're playing a lot all the time so we like to see it get shaken up a bit too!

Shacknews: Lastly, is there anything else the team is aiming for with Battlegrounds, in terms of features?

Hearthstone Battlegrounds, featuring dragons, is up and running right now from within the Hearthstone client. Keep an eye on Shacknews, as we'll have more on Battlegrounds in the days ahead. In the meantime, if you're just hearing about Battlegrounds for the first time, maybe brush up on how to play.