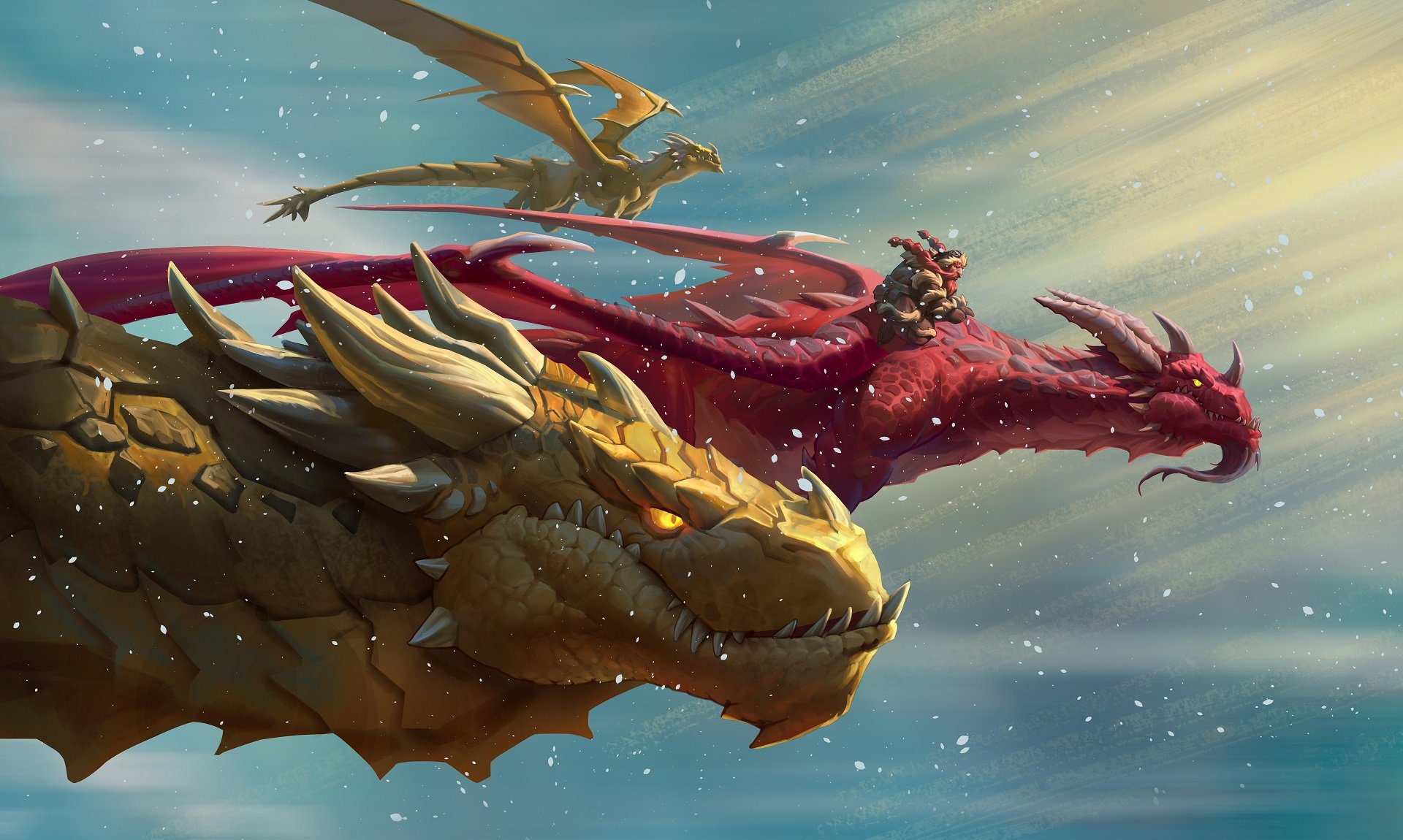 Hearthstone Battlegrounds has been one of the most exciting ideas to hit Blizzard's digital card game in its six year history. However, there's been something missing since its inception back in November. That something has been dragons. It's a funny omission given the most recent expansion was called Descent of Dragons, but yes, dragons have been absent from Battlegrounds since the beginning. Now they are missing no more. Dragons are officially being introduced to Hearthstone Battlegrounds and they're flying in right now with Hearthstone's new 16.4 patch.

A whole parade of Dragon minions will be joining the Hearthstone Battlegrounds lineup. We'll touch on them in just a second. But first, this update will also introduce a handful of new Dragon heroes. Here's a look at the new Heroes set to hit the Battlegrounds with today's update:

With seven new Battlegrounds Heroes popping in, there's one who's set to rotate out. Bad news, everyone! Professor Putricide is saying goodbye for now. Meanwhile, another existing hero is getting a helpful change. George the Fallen is receiving a buff by having his Hero Power cost reduced from 4 to 3.

With 19 new minions coming in, that means about a dozen are coming out. The following minions are leaving Battlegrounds, many of them Mechs:

As for the other existing minions, some of them are seeing changes, as well. Sneed's Old Shredder will move down from Tier 6 to Tier 5, while Mama Bear is getting a major buff. Mama Bear will go from a 4/4 Beast that gives +4/+4 to newly-summoned Beasts to a 5/5 Beast that gives +5/+5 to newly-summoned Beasts. That should help Beast players keep up with the Dragons and the new tools being granted to Murlocs and Demons.

Other changes to Battlegrounds include sped-up animations, bug fixes, and more. The Hearthstone website will have everything you need there. On top of that, Blizzard is encouraging players to learn more about Battlegrounds by checking out their favorite Twitch streamers. Catch three hours of a Hearthstone stream on Twitch from now through February 29 at 5PM PT to pick up a Descent of Dragons card pack for free. Watch three more hours to get a second pack. Just make sure and link your Battle.net account with your Twitch account first.

Today's Hearthstone update mainly focuses on Battlegrounds, but as the game prepares for its sixth anniversary, other game modes will receive more attention in the weeks ahead. A special event is being teased for March 4, which will include a new Tavern Brawl and new login rewards that include card packs from the Year of the Dragon. On top of that, a new Mage Bundle is being offered today, where players can purchase five card packs containing only Mage cards for $9.99. The Khadgar Hero is also available for purchase again for the same price. Both of these are available from now through March 4.

Lastly, Arena is set to rotate on March 4. On that date, players can jump into Arena with the Basic, Classic, Goblins vs. Gnomes, The Witchwood, Saviors of Uldum, Descent of Dragons, and Galakrond's Awakening sets.

We'll have more on Hearthstone in the days ahead, including a special interview on the topic of Battlegrounds. We'll have that interview for you later today.