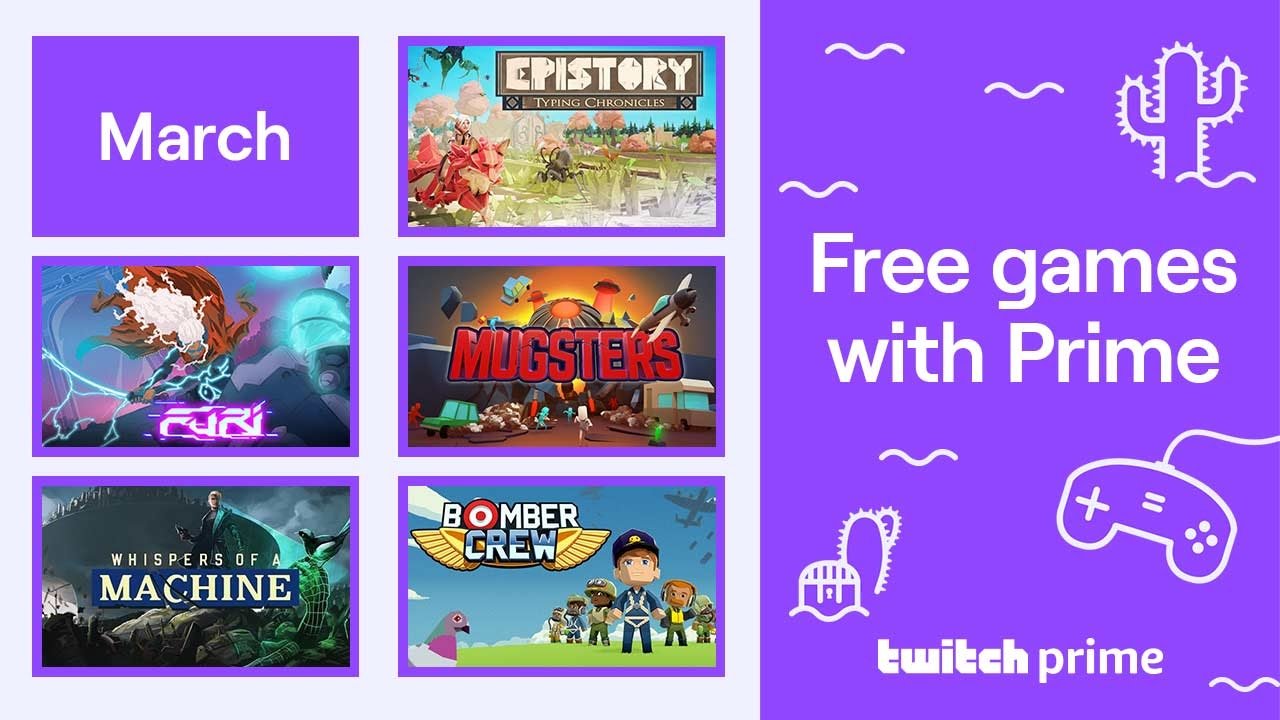 There are many reasons it pays to be an Amazon Prime subscriber, one of which is that it also gives you the opportunity to be a Twitch Prime subscriber, which can come with in-game loot for your favorite titles, or even free games. Twitch recently announced that Twitch Prime members would be getting five free games in March 2020, as well as a laundry list of smaller benefits.

For anyone wondering what games they can add to their library, we’ve got the full list below:

After players have claimed their games, they will appear in the Games section of the Twitch desktop app. From then on, they can be downloaded at any time since they will be permanently in your library. If one of those games is of interest to you and you haven’t linked Amazon Prime to Twitch Prime, you should do that and start collecting free stuff on a monthly basis.

In addition to free games, Twitch Prime members will get plenty more free loot, most of which is available right now:

If those games and that loot aren’t appealing to you, feel free to visit our video game release dates 2020 calendar. We’re certain you will find something there that’s of interest.