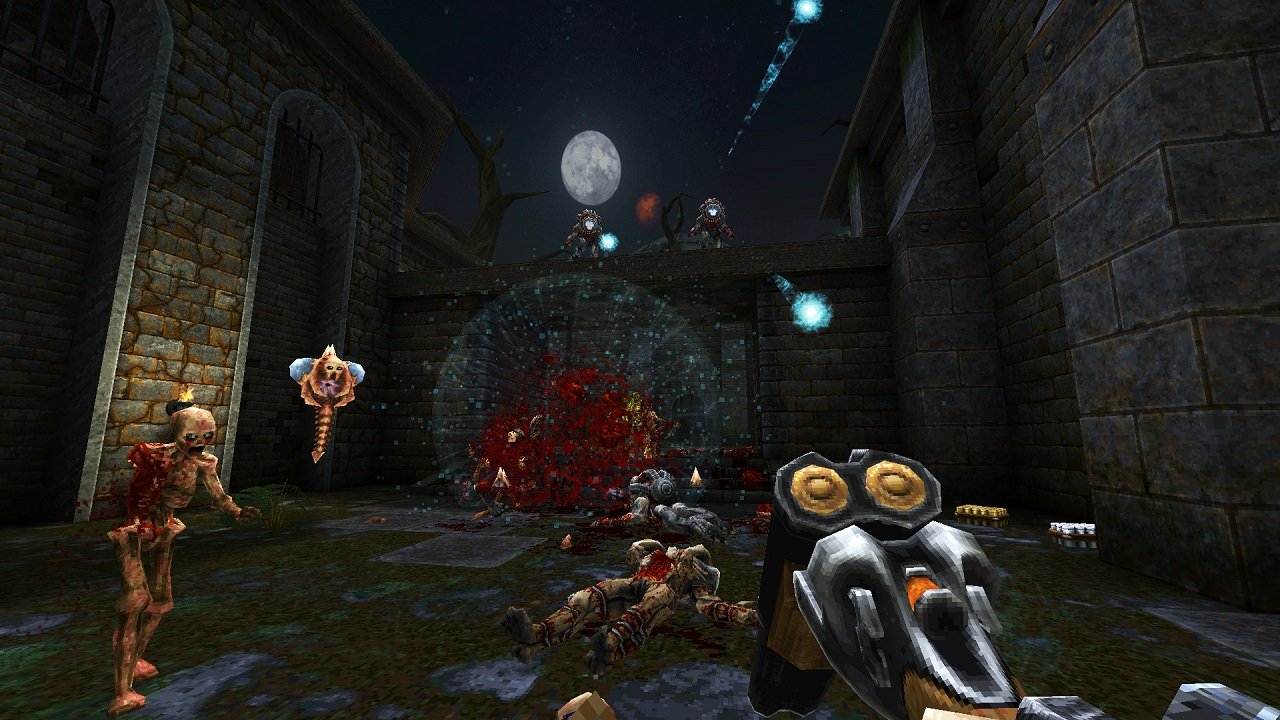 WRATH: Aeon of Ruin is chugging along in Steam Early Access with plenty of bullets and gibs to go around. The throwback to old-school Quake goodness has it going on, and developer KillPixel is ready to give players more. They just announced their first content update for the game, featuring a slew of new content to keep the guns a-blazing.

The major additions of the WRATH’s first new content update since arriving in early access include the Garden as a new level, the Wretch as a new enemy, and new artifact, the Confounding Attar. The Garden, in particular, seems to be a maze of corridors with a centerpiece arena featuring a gnarled giant tree that reaches up into the shattered rafters of a broken greenhouse. In this Garden and other corners of the new Content Update lurks the Wretch: a horrid amalgam of bone and flesh stitched to a deadly energy cannon. To help you deal with your new enemies, the Confounding Attar has been added. Flinging this vial of oil at enemies will infect them with a confused state in which they will fight their fellow monsters - all the better for you to slay in the chaos.

A list of further coming changes were also posted on the WRATH: Aeon of Ruin Content Update announcement including intentions to overhaul alt-fire on several weapons, rebalance a certain foe, and much more. Be sure to check out the WRATH Steam page for further details on updates to the game.