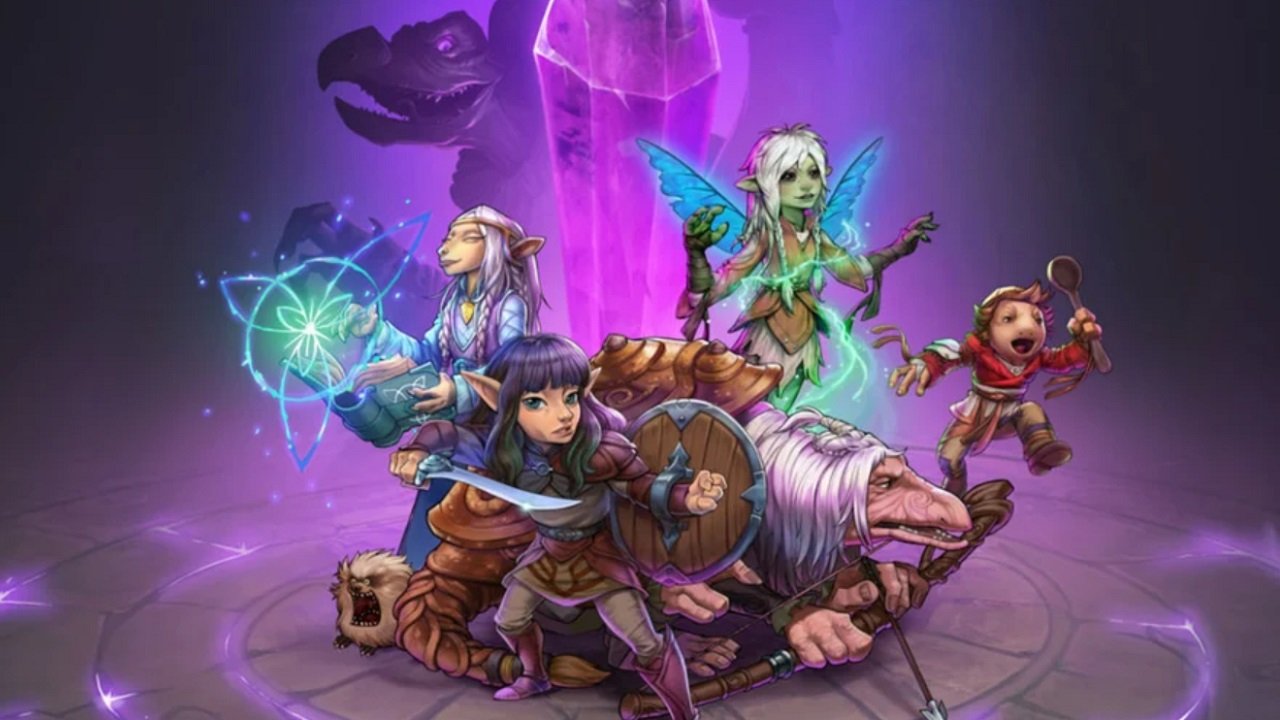 It’s a strange feeling to return to the magic, yet dystopian world of Jim Henson’s The Dark Crystal. The original movie left me enamored with the adventure of Jen, Kira, and company and the bombastic silliness of characters like the fuzzy Fizzgig. It also wasn’t afraid to frighten children like me with the disgustingly devious Skeksis and their nightmare-inducing schemes and minions.

Years later, Netflix has brought about a prequel series to the tale we know and En Masse Entertainment and Bonus XP created a turn-based tactical RPG from it, attempting to encapsulate the world of Thra in a Final Fantasy Tactics-style affair. While it hits notes that will appeal to tactical RPG fans and Dark Crystal fans, Dark Crystal: Age of Resistance Tactics isn’t always in perfect tune.

A world on the brink of war

The story of The Dark Crystal: Age of Resistance Tactics follows pretty closely to the main beats of the Netflix series. A prequel to the original Dark Crystal, Age of Resistance Tactics follows the story of scattered elf-like Gelfling tribes coming together in unity as they discover and revolt against the vulture-like Skeksis, who they once thought to be their protectors. Players will take control of Age of Resistance characters like Rian, Deet, Brea, Gurjin, Hup, and more against creatures like Nurlocs and Arathim, as well as deadly Skeksis adversaries like the Hunter and Chamberlain.

Having been watching the Age of Resistance Netflix show, I enjoyed how well the game followed those story beats. The narrative is presented in sort of comic book style cutscenes between missions, but the story also plays out on battlefields as you complete objectives and move the story forward. It even takes some extra liberties to explore corners of Thra the Netflix series doesn’t hit, such as the desert-dwelling Dousan clan and pirate-ridden Sifan Coasts. The comic book cutscenes miss out on the iconic puppetry and sets of Brian Froud, but the character models and environments do well to pick up the slack.

What I’m not entirely fond of is the lack of voice lines in the game. With such a good cast in the show, it’s unfortunate to see that any and all voices in Dark Crystal: Age of Resistance Tactics are relegated entirely to war cries, grunts, and other short noises for battle actions in combat. The story, writing, and presentation are generally quite good and in line with the show, but the missing cast to bring these characters further life feels like a sorely missed opportunity. It's probably not fair to expect the likes of Simon Pegg and Mark Hamill on a tie-in game, but the use of the same grunts and yells for either a male Gelfling or female Gelfling just accentuate the lack of those actors all the more.

The many tasks of a Gelfling

Combat in The Dark Crystal: Age of Resistance Tactics is very similar to games like Final Fantasy Tactics. At the start of each map, players are tasked with deploying a limited amount of characters in specific starting positions. Sometimes missions will involve predetermined characters and sometimes you’ll get full control over who fights and who doesn’t. Each mission tasks the player with either defeating all enemies or achieving a certain objective. Both player and enemy characters take turns moving, attacking, and using abilities until either one side is defeated or the objective is achieved.

I found the objectives to be quite well-built at times. There are quite a few maps where you simply defeat foes, but occasionally an objective presents itself that really forces you to think about how to challenge it. For instance, there is one mission where you must flip switches to activate an objective while more and more monsters appear after each switch. I found using swift characters to hit each switch while letting my slower characters be distractions to the monsters was the best course of action. In another instance, an overly strong foe could only be reasonably damaged by an NPC character, and only if the ability Mark was used on the foe first. Scouts have the Mark ability, but the NPC would use Mark if the enemy was unmarked. Challenging the foe straight up only served to get my characters killed, so using Mark to ensure the NPC ally didn’t have to mark the target while keeping my character safe from this enemy's near one-hit kills was actually a stressful challenge and a satisfying victory. It’s in these moments that the “tactics” side of Age of Resistance Tactics really shines.

One aspect of combat I found to be both good and bad in Age of Resistance Tactics was environmental hazards. These were sometimes special conditions on maps that made things more interesting. They range from bogs that will poison a character if they end a turn in them to sandstorms that will move all characters a few spaces in a direction if they aren’t anchored to a wall or another character in the way. There’s even carnivorous Gobble plant pits that will straight up kill a character if they get caught in them, making for some strategic moments with push and stun abilities.

Generally, these environmental quirks were quite interesting. Some were just a little boring, and at least one proved to be a little difficult for the game to handle. For sandstorm maps, the storm takes a turn, and on a couple instances, after moving all the characters around, the game failed to move onto the next character’s actions. That forced me to restart the game and the battle. There are few bugs in Age of Resistance Tactics, but it seems like when the game tries to do a lot at once, they’re more likely to rear their ugly heads.

One of the more interesting aspects of The Dark Crystal: Age of Resistance Tactics was the leveling up, growth, and specialization of your characters. Each character starts with one of a few base jobs, though you can change between them as you want. As you level up a character’s job, they not only get further abilities in that job, but can also unlock higher tier classes. A healing Mender can become a status-effect spellslinging Adept or pure offensive spellcasting Bramble Sage. Scouts can become deadly melee Thieves or long-range Rangers. What’s more, leveling up several jobs can unlock even better classes.

The constant experimentation and decision-making behind leveling base classes or moving on to stronger classes was perhaps where I spent most of my time with Age of Resistance Tactics. The only thing that felt a bit too restraining was the constraints on equippable abilities. You can only have three abilities equipped from your main job and two more from a secondary job. There are definite synergies, like being able to Mark an enemy from a Scout secondary skill tree for use with your abilities in a Paladin tree that might make use of the Marked status, but it still felt a little too limited for our liking and forced us to completely abandon some abilities that just didn’t serve enough value to a proper kit.

A polished Crystal, but not unscuffed

Ultimately, The Dark Crystal: Age of Resistance Tactics feels like two love letters in the same package. It clearly goes out of its way to deliver the narrative of the Netflix series in a reasonably solid fashion, and utilizes some of the best parts of tactical RPG games that came before to do it. That said, it misses the mark on certain elements. A voiced game would have done so much more to continue to deliver these characters, their narrative, and the battles around them the way the Netflix series does. The strategic side also cuts itself short with slight technical hiccups and unnecessarily strict limitations like those on the abilities. I love The Dark Crystal, Age of Resistance, and Final Fantasy Tactics, but I can’t help but feel like it falls just slightly short of all of those things. Even so, as a combination of them, it feels like much more than a cash-in on names or styles. There’s definite dedication here, and in the end it comes out feeling far more genuine than dastardly.

This review is based on a Nintendo Switch digital copy provided by the publisher. The Dark Crystal: Age of Resistance Tactics is set to release in the US for Nintendo Switch, Xbox One, PlayStation 4, Microsoft Windows, and macOS on February 4, 2020.