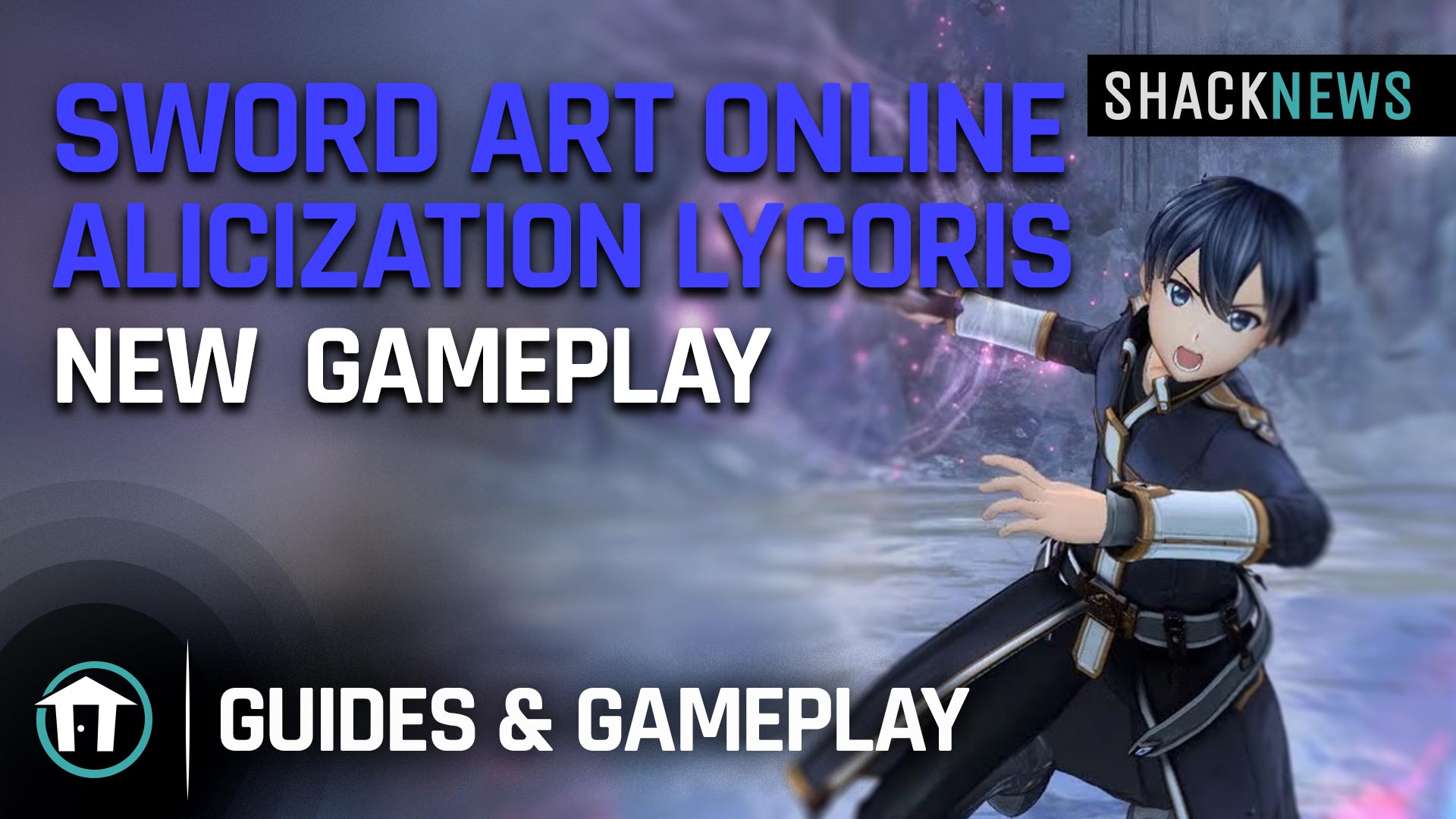 Fans of Sword Art Online will soon get a brand-new RPG to coincide with the latest anime series SAO: Alicization. Sword Art Online Alicization Lycoris will take its cues from the Alicization series, but will also feature its own storyline that branches off from the mainstream story of the animated series. It features action style combat that’s very reminiscent of previous SAO titles with a few tweaks here and there to make it unique to this specific iteration of the long-running series. We had a chance to go hands-on with a PS4 demo of a few of the boss battles that players will get to check out for themselves later this year.

These boss fights were no walk through park and required some learning on the fly to get through. A lot of the combat seemed to focus on switching between characters and using their special skill to buff the team, or set up attack combos for the team. As you’ll see in the video, the 2nd fight goes a lot better than the first one, but I’m pretty sure they did me the kindness of cranking up my health so I could get through the battles in one piece. If the small slice of gameplay I got is any indication though, this is looking like a game that is going to require a lot of thinking ahead of jumping into a tough battle. You can check out the latest gameplay from Sword Art Online Alicization Lycoris in the embedded video below.

Right now Sword Art Online Alicization Lycoris is set to launch on May 22, 2020 for the PC, PS4, and Xbox One consoles. We’ll be sure to keep you posted on new details as the game gets closer to launch. In the meantime, be sure that you’ve subscribed to our Shacknews and GamerHubTV Youtube channels to keep up with all our latest gameplay and interview videos.