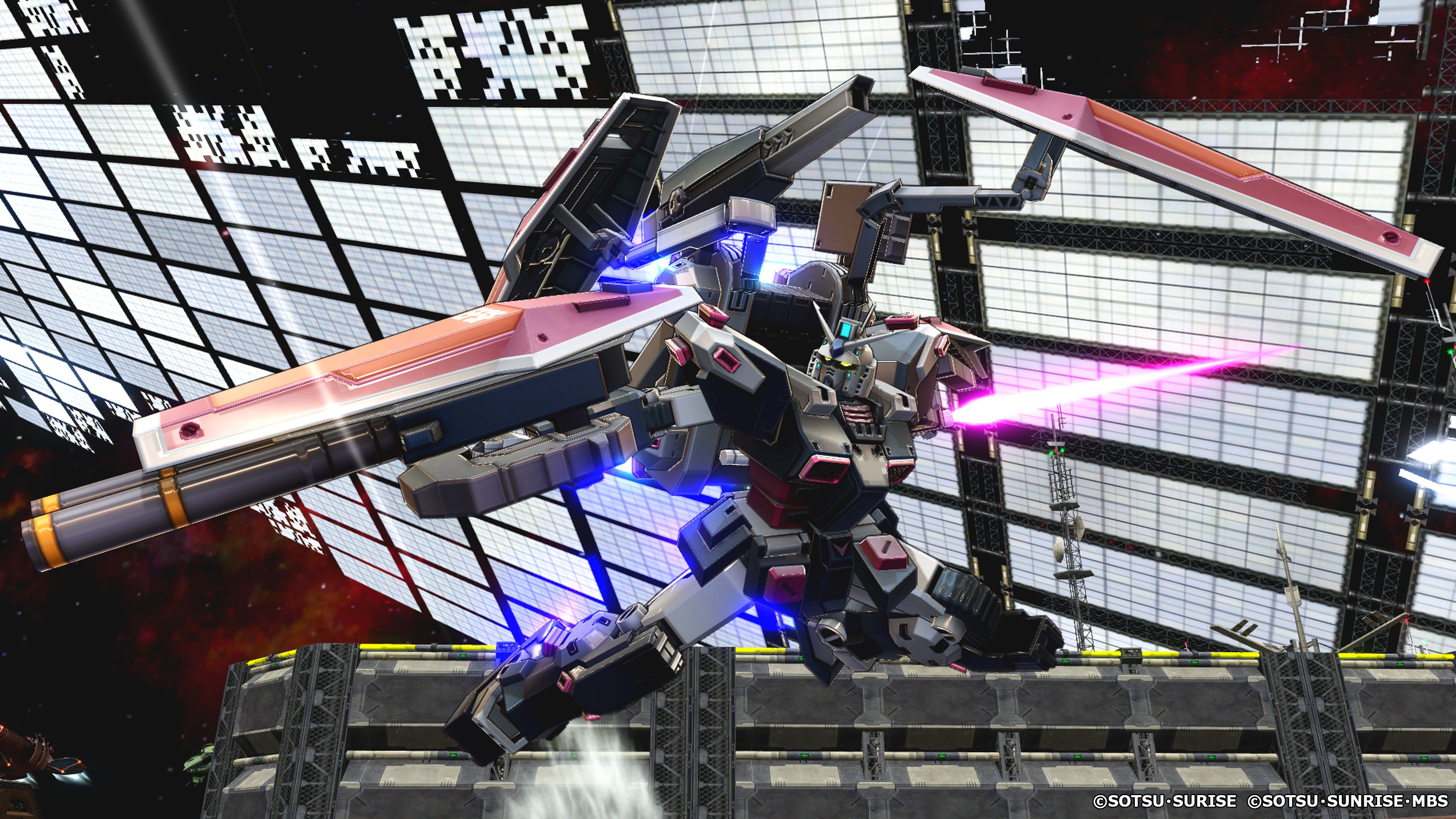 If there’s one type of game that I will always be excited to try out, it’s a game that allows me to pilot a giant robot mech of any kind. When those giant mechs happen to come from some of my favorite Gundam series of all time, well now you’re definitely speaking my language. Mobile Suit Gundam VS. Maxi Boost On is the latest game from the famous franchise to attempt to supply me with enough robots to keep my needs satiated, but I’m still pretty sure there will never be enough bots to do that. Nevertheless, I took several models for a spin when I recently got some hands-on time with a PS4 build of the game.

The game is based off an arcade version of the Gundam VS. game that pits players against each other in 2v2 combat that reminiscent of the arcade and Dreamcast classic Virtual-On. Players select a mech and if they want to focus its special Burst ability on long range combat, up-close fighting, or extending the overall burst time. Combat itself plays out much like the aforementioned Virtual-ON and should be familiar to anyone who Gundam VS when it launched on consoles a few years back. Depending on which mech you’ve picked you might rely more on close-combat tactics or long-range blasters. Players can also use boosters to dash, dodge or launch themselves into the air. Maxing out your burst meter gives you the opportunity to unleash even more devastating attacks on your enemies.

When it comes to the variety of Gundam that will be available for players to choose from there’s a vast cornucopia of bots to select from that come from just about every iteration and break-off series from the Gundam Universe. Overall there’s 183 units that players will have a chance to pilot. The first thing I did was check out all the mechs from Gundam Wing, which is my personal favorite series, not only was I able to get behind the wheel of the Wing-Zero and Deathscythe models, but their upgraded version from the Endless Waltz film as well. More contemporary Gundams like the RX-0 from Unicorn Gundam and the Barbatos from Iron Blooded Orphans also made the list along with many more from past and present series.

As one would expect, Mobile Suit Gundam VS. Maxi Boost On feels like it’s trying to offer up a lot of fan service for folks who love the Gundam franchise. However, I’m curious to see how if it ends up separating itself from the previous Gundam VS. title or nearly looks to improve upon it as the latest entry in the series. Either way I’m definitely looking forward to spending more time with my giant robot pals as we get closer to the game’s release. As of right now, Mobile Suit Gundam VS. Maxi Boost On does not have a solid release date, but is planned to launch sometime in 2020 on the PS4.